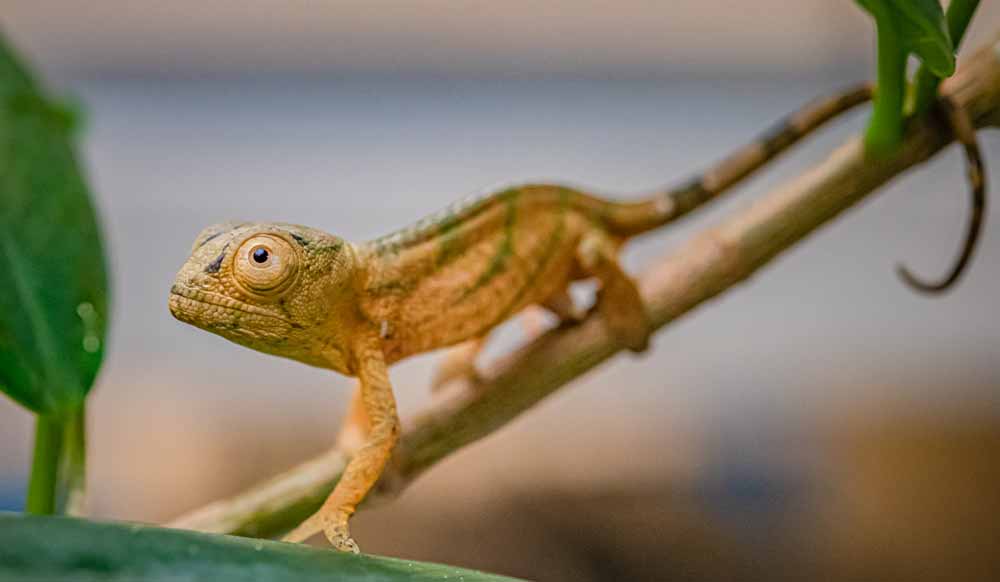 The Parson's chameleon is considered the biggest chameleon by weight in the world. Photo by Chester Zoo

17 Parson's chameleons are incubating at the UK zoo.

The Parson's chameleon is considered the biggest chameleon by weight in the world.

Ten Parson’s chameleons (Calumma parsonii) have successfully hatched at the Chester Zoo in the United Kingdom, marking the first time that the reptile has successfully been bred at the zoo. The zoo announced the 10 hatchlings October 14, with 17 more still being incubated. According to the zoo, the Parson’s chameleon’s incubation period is the longest of any reptile at nearly two years.

The first hatchling weighed just 1.5 grams and measured 2cm in length. It hatched in 569 days. The zoo expects the chameleons to grow to about 70 cm in length (27 inches) and weighh 800 grams, or nearly 2 lbs.

“To be the first UK zoo to successfully hatch a clutch of Parson’s chameleons is a momentous and exciting event for the team here – but most importantly it’s a major breakthrough for the species,” Jay Redbond, team manager of reptiles at the zoo said in a news release posted on the zoo’s website. 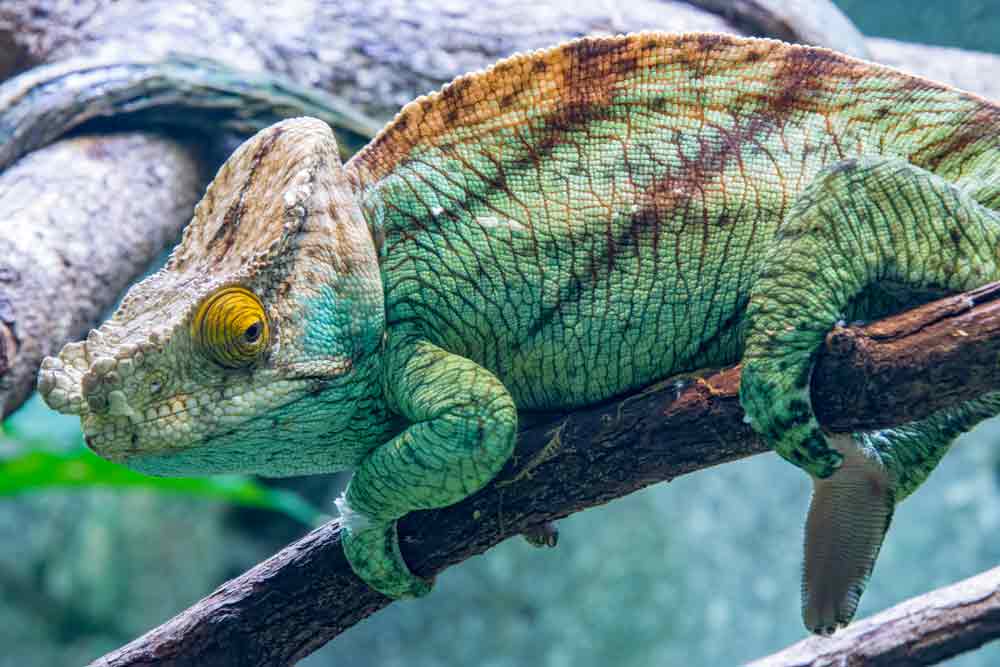 The Parson’s chameleon is considered the heaviest chameleon species. Photo by Danny Ye/Shutterstock

“The levels of intricate care and attention to detail provided by the team over a number of years to achieve this breeding success has been truly remarkable. We’ve had to carefully replicate the seasonal variations of Madagascar and mimic the exact same conditions these chameleons experience on the island, right here in Chester, and that’s no easy feat.

“Every slight tweak to temperature and humidity each day and night has been meticulously recorded and, now that we’ve cracked this, we believe we’ll be able to take this information and apply it to help save some of Madagascar’s other threatened reptile species.”

The Parson’s chameleon is considered the biggest chameleon by weight in the world. The world’s smallest chameleon is the Brookesia nana, discovered in Madagascar in 2021. The Parson’s chameleon is listed on CITES Appendix II and is named in honor of British physician James Parsons. There are currently two recognized subspecies: Calumma p. parsonii and Calumma p. cristifer. It is considered to be a long lived chameleon, averaging 9 years for males and 8 years for females in thew wild and 10 to 12 years in captivity.