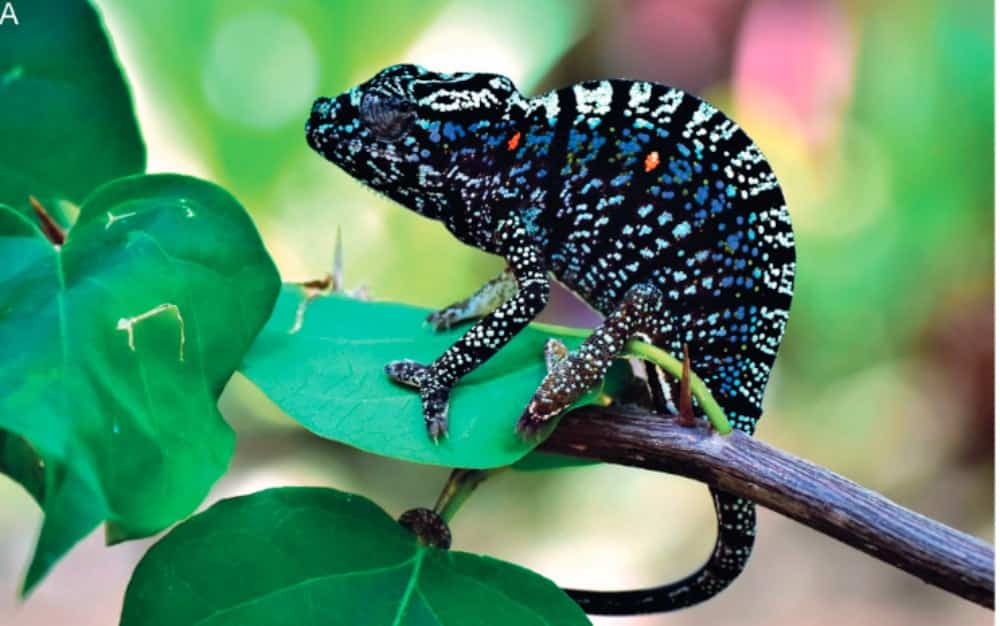 Researchers from Madagascar and Germany announced that they rediscovered the Malagasy chameleon (Furcifer voeltzkowi) after the species virtually disappeared more than 100 years ago. According to the researchers, the original description of the reptile was from a single male in 1893 and additional data and photographs from 1913.

“Rediscoveries of “lost” species are very important as they provide crucial data for conservation measures and also bring some hope amidst the biodiversity crisis. In 2017 the NGO Global Wildlife Conservation initiated a program to rediscover poorly known species, which had not been re-corded for many decades or even centuries. For this pro-gram a list of “25 most wanted lost species” was produced. As of March 2020 four of them were successfully rediscovered: Jackson’s climbing salamander (Bolitoglossa jacksoni), the silver-backed chevrotain (Tragulus versicolor), Wallace’s giant bee (Megachile pluto), and the velvet pitcher plant (Nepenthes mollis), see https://www.globalwildlife.org/search-for-lost-species/. The chameleon species Furcifer voeltzkowi, which had not been recorded for more than 100 years, was also a target species of this program.”

Glaw’s team rediscovered the Malagasy chameleon in northwestern Madagascar, and analyzed the molecular phylogenetic relationships and where it diverges from its sister species, Furcifer labordi. The paper also describes the first documented female and offers data on the reptile’s habits, life history and conservation status.

Figure 2. Males of Furcifer voeltzkowi from Katsepy near Mahajanga in different colour states: A) slightly stressed; B, C) relaxed (sub-adult); D, E) displaying. Note in (A) the injuries on the head probably resulting from intraspecific conflicts. Males differ from those of the sister species F. labordi by larger size, a lower casque, a shorter rostral appendage, darker skin around the scales and a row of white and distinctly enlarged tubercles along the flanks. Photo by Frank Glaw et. al.

The males are green in coloration with darker green stripes, with a white stripe running from the neck to about mid-body. The males are larger than those of Furcifer labordi, and also feature a lower casque, shorter rostral appendage and darker skin around the scales, the researchers wrote.

Females of Furcifer voeltzkowi from Katsepy near Mahajanga in different colour states: A) stressed/gravidity colouration; B, C) rather relaxed; D, E) stressed. The females differ from those of the sister species F. labordi by larger size, often by a rudimentary, poorly recognizable rostral appendage, and several details of their colouration (e.g. 2–3 red dorsolateral spots versus only one in F. labordi). Photo by Frank Glaw et.al.

The females are also green in coloration in a calm state. They have two to three red dorsolateral spots from the back off the neck to about mid length down the chameleon’s back.

When stressed, the female turns a striking black and green in coloration with vertical black stripes. The rudimentary data that the scientists collected suggest that Furcifer voeltzkowi has a very short lifecycle, perhaps just four to five months like its sister species, Furcifer labordi.

The complete paper can be read in the German Journal of Herpetology, Salamandra.