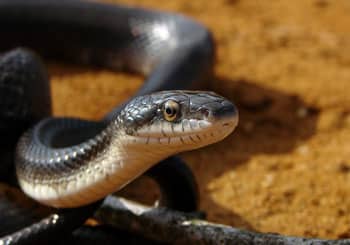 Man Saves Turtle, Gets Bitten By Rattlesnake
The Burmese Python Can Withstand Extensive Exposure To Saltwater
Michigan’s Herp Atlas Project Wants to Know Where and When You Saw a Herptile in the State

Two educators from Delaware unknowingly brought a black rat snake (Elaphe obsoleta) with them on their move from the First State to Butte, Mont. last winter, and spent the rest of the winter trying to figure out how to get it back, according to a news report in the Montana Standard. Beverly and Fred Hartline relocated to Montana last October because Mrs. Hartline got a new job as vice chancellor at Montana Tech. 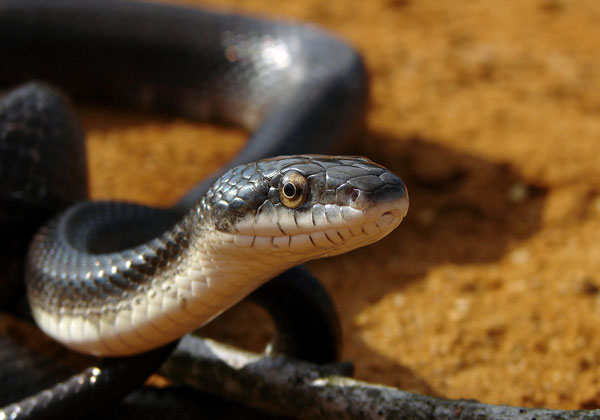 As they began to unpack their belongings after the move, her husband found the snake in one of their moving boxes and immediately recognized it as the snake that had previously been in their garage in Delaware. They then had decisions to make with regard to the reptile, including releasing it, which they quickly ruled out due to the fact that it was winter and wouldn't have lasted long but more importantly, it was a non-native species, or dispatching it, which they also ruled out. "It didn’t belong here," Beverly told the paper. "It wasn’t within its habitat range. And it could have had a disease or something that affected animals around here. You never know what’s going to happen."

They kept the snake until December when they decided that it would be better off in the hands of professionals, but they weren't sure of their next steps as they originally wanted to return the snake in April when Mr. Hartline was due to fly back on business. The snake hadn't eaten in months and they became worried, the report said.

So the academics did what most academics would do, they contacted their colleagues in academia, who put them in touch with Dave Pauli, the Billings Humane Society's senior director for wildlife response, who took possession of the snake, named Dover, and had it checked at a veterinarian. It was then sent to ZooMontana where it began eating. It spent the rest of the winter at ZooMontana and at the end of May was mailed back to the Delaware Humane Society. Hetti Brown, the state director of the society released Dover the black rat snake in a field of high weeds in the Dover area, near the previous home of the Hartline’s. Some may wonder why all the effort and money spent for a single snake? Mr. Hartline summed it up fairly succinctly: "We respect them and understand they have a role in the ecosystem," Mr. Hartline told the paper. "If (the story) publicizes that snakes are good, this is all worthwhile.”