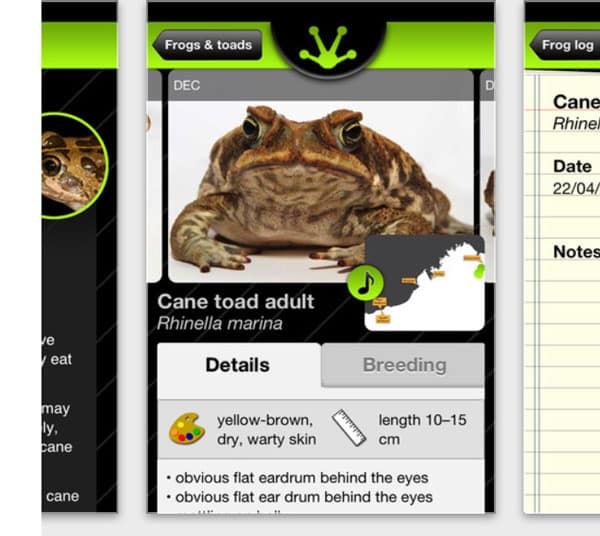 Can’t Tell An Invasive Cane Toad From A Native Australian Frog? There’s An App For That

Australia's Department of Environment and Conservation and the University of Western Australia develop iPhone app that enables you to tell the difference.

Frogs in Australia are being increasingly mistaken for the invasive cane toad (Rhinella marina) and native frog populations are suffering as a result, so Australia's Department of Environment and Conservation (DEC) and the University of Western Australia have created an iPhone application that enables users to easily identify the difference between an Australian bumpy rocket frog (Litoria inermis) or native giant frog (Cyclorana australis), (two species that are commonly mistaken for the cane toad), and a cane toad. 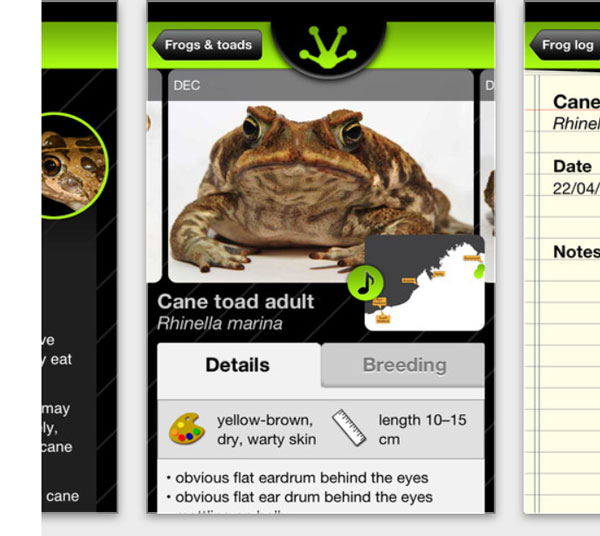 Cane toad application was developed to help Australians tell the difference between native frogs and the invasive Rhinella marina.

According to the DEC, two thirds of reported cane toad sightings are actually native frogs. The juvenile cane toads resemble certain species of native frogs, University of Western Australia Associate Professor Jan Dook told Australian Geographic. And with the misidentifying, comes the indiscriminate killing of the native frogs. Rick Shine, a University of Sydney biologist says that casually killing cane toads have become fairly accepted in certain regions of the country, including running them over with their vehicles, but he said that people are mistaking native frogs for cane toads.

The application enables you to identify cane toads and native frogs via color, size and shape found in the Kimberley, one of the nine regions of western Australia where cane toads and native frogs are abundant. It includes breeding information, geographic locations, as well as audio clips of the amphibian's calls. It is a free app for the iPhone that can be downloaded from Apple's app store.

The cane toad is native to Central and South America and was introduced into Australia in 1935 in a failed attempt to control grey black beetles that were ravishing sugar cane crops in Queensland. The toad has since been found in the Northern Territories, New South Wales and Western Australia. It has since had negative effects on predatory reptiles in the country due to its poison, which kills the animals that eat it.

Cane Toads May Be Less of a Threat

Using a Cane Toad's Own Toxin to Control its Populations