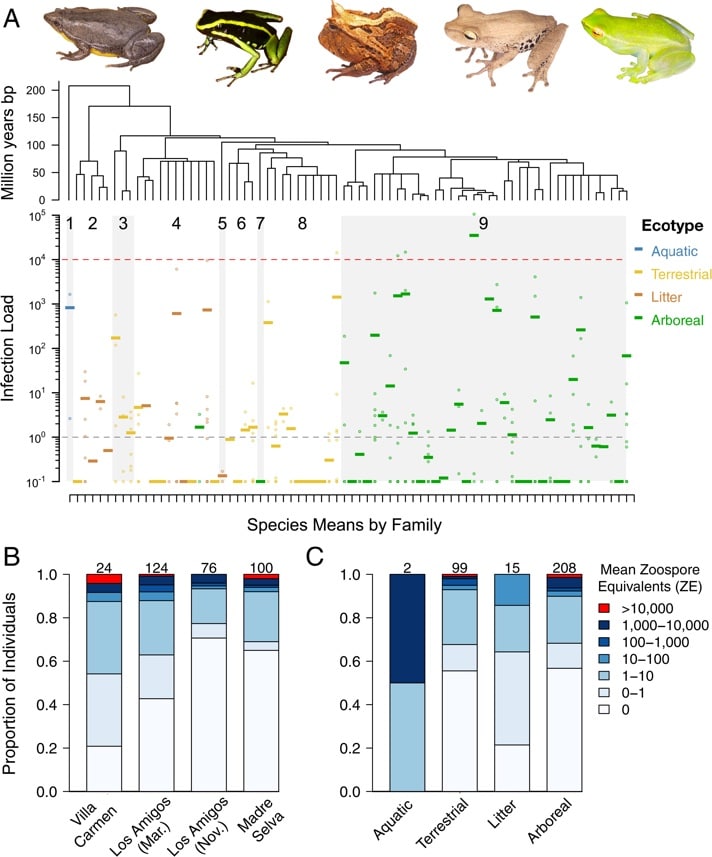 Batrachochytrium dendrobatidis, the fungus that causes chytridiomycosis, or chytrid was originally thought to have been restricted to cold, mountainous climates, but new research coming out of the University of Michigan suggests that the fungus, which has devastated amphibian populations throughout much of the world, also survives in warm, tropical lowlands. 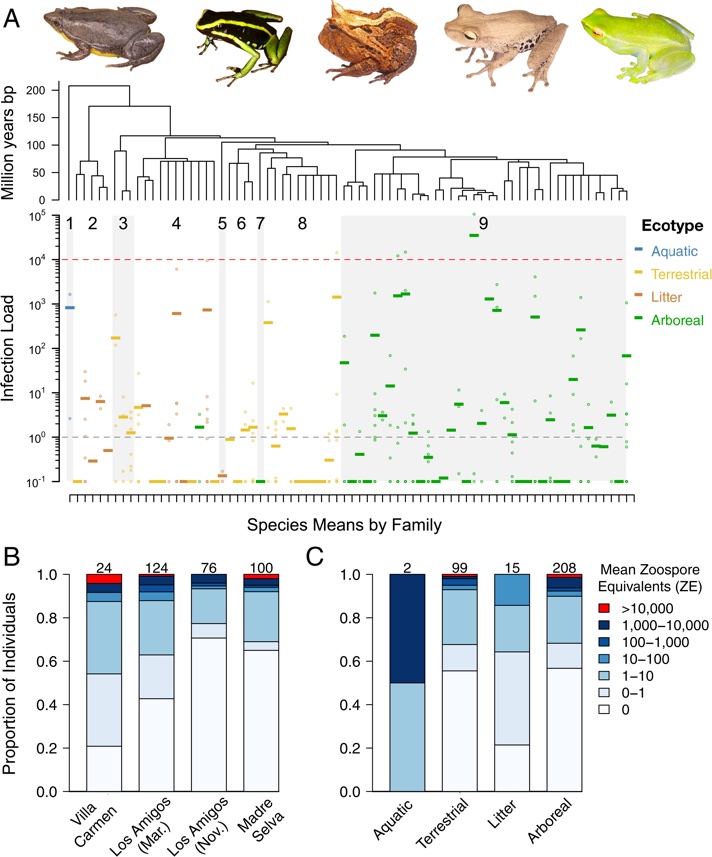 Lab studies in the past have shown that the fungus cannot survive in temperatures above 29 degrees celsius, but the researchers found the fungus surviving in frogs living in temperatures that surpass that threshold, tossing that notion out the window.

In 2016 and 2017, researcher Alison Davis Rabosky and her colleagues with the university swabbed 324 frogs collected from a warm, lowlands location in Peru and another location 850 meters above sea level. The research involved 80 frog species.  The data showed that the rate of infection was far more prevalent than they had expected, with 24 to 38 per cent of the lowland frogs testing positive for the fungus.

It isn’t clear whether this is a new outbreak or whether the fungus has been in the lowland areas for many years,  Davis Rabosky told New Scientist. If it is a new infection in the region, then the frogs might start becoming sick and dying in the near future, she said.

The researchers surmise that the infected frogs in the lowland areas might be spreading the disease, even if these amphibians are displaying signs of infection.

The researchers hope that other amphibian researchers take swabs of all the frogs and toads that they catch.