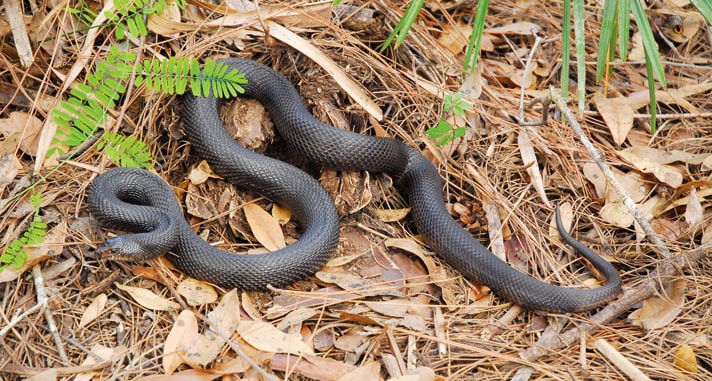 The habitat of the black pine snake has been under consideration for protections for years.

The U.S. Fish and Wildlife Service last week announced that it will decide whether to protect the habitat of the black pine snake (Pituophis melanoleucus lodingi) in Alabama and Mississippi. The habitat of this species includes longleaf pine forests, which have been reduced due to agriculture and pine plantations, fire suppression and urban development.

In 2015, more than 330,000 acres of critical habitat of the reptile were proposed by the USFWS for protections. It has been four years and no determination with regard to whether that land should be protected has been finalized. The announcement will bring some finality to the 2015 proposal.

The black pine snake’s habitat includes upland, longleaf pine forests, in sandy soils and grassy ground cover.  The snake, which has been a candidate for federal protection since 1999, grow up from 4 to 7 feet in length and feeds on rodents, including mice, rats and squirrels and rabbits. It is not listed on the endangered species act, though in 2014, the USFWS opened comments as to whether to list the snake as threatened. The species has been a candidate for federal protections since 1999.