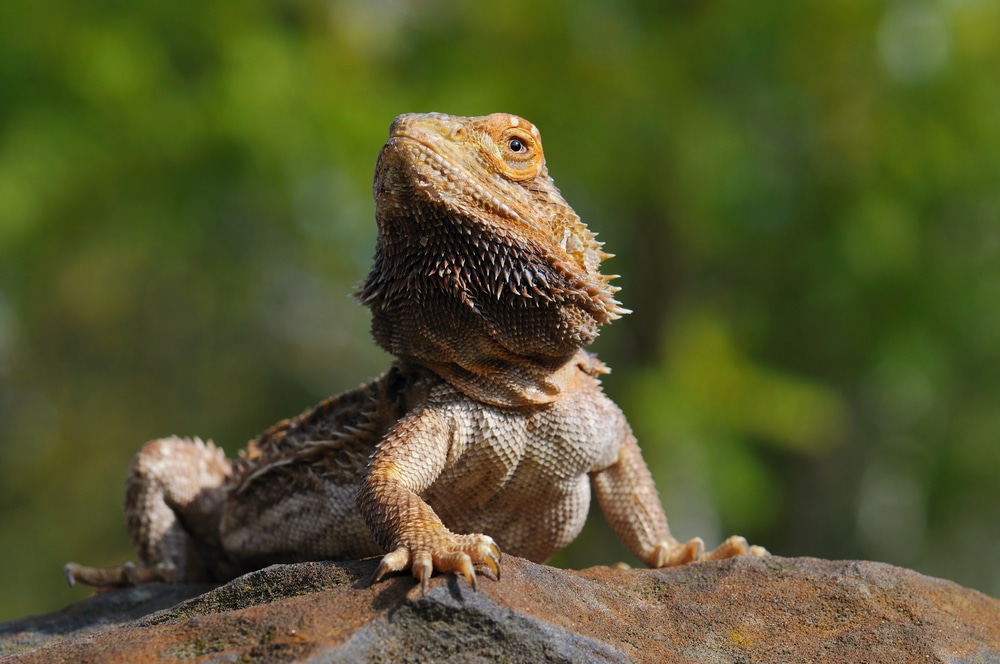 The brain of the bearded dragon has been mapped for the first time by researchers at the University of Illinois Urbana-Champaign.

The bearded dragon is the most common lizard species treated by exotic veterinarians.

“It is challenging to get spatial resolution sufficient to see disease in the brain of a bearded dragon using a clinical MRI machine designed for humans,” Brad Sutton, a professor of bioengineering and the technical director of the Biomedical Imaging Center at the Beckman Institute said in the statement. “It is important to understand what a healthy bearded dragon’s brain looks like, and to understand the variation across different animals.”

One of the challenges in mapping the brain of what is arguably America’s most popular pet lizard is the use of anesthesia, and anesthetic monitoring equipment, which was used in performing the MRI scans. The researchers were able to develop a safe anesthetic protocol and apply that protocol to the bearded dragon with no negative effects on the reptile. That protocol and the accompanying data will be used in future clinical cases and MRI scans of bearded dragons, the researchers said. 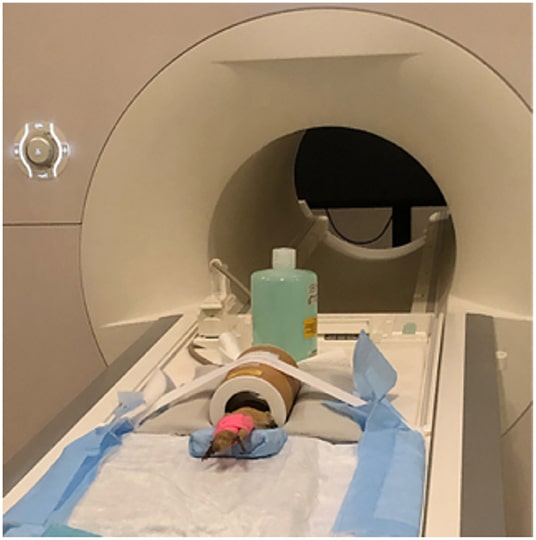 Figure 1. Bearded dragon (BD) positioned in the Rapid Biomed transmit/receive rat coil prior to MRI acquisition. The BD was positioned so the head was approximately halfway in the coil. The lower half of the body was supported on a foam wedge.
Photo by Kari D. Foss, et.al/ University of Illinois Urbana-Champaign

The bearded dragon data was compiled using a Tesla MRI scanner at Beckman’s Biomedical Imaging Center. In total, seven bearded dragons were imaged safely and non-invasively. The reptiles were sourced from a research and study colony. The researchers said that the bearded dragon is the most common lizard species treated by exotic veterinarians.

“Our goal for this study was to not only provide clinicians with an anatomic reference of the bearded dragon brain, but to also establish a safe and efficient MRI and sedation protocol that can be utilized in practices with access to either a 1.5 or 3 Tesla MRI,” Kari Foss, an assistant professor of veterinary and clinical medicine said in the statement.

The MRIs enabled the researchers to identify nine anatomic structures in the reptile’s brain, including the optic nerve, optic tectum, lateral ventricles, medulla, telencephalon, thalamus, tectal ventricle, cerebellum, and the olfactory lobe and stalk, according to the researchers.

The complete paper, “Establishing an MRI-Based Protocol and Atlas of the Bearded Dragon (Pogona vitticeps) Brain” can be read on the Frontiers in Veterinary Science website.