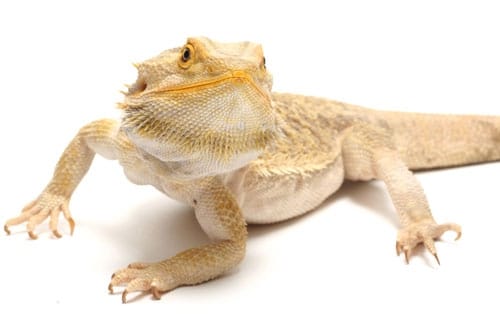 A bearded dragon (Pogona vitticeps) that got out of his enclosure June 13 and then spent 10 days wandering about 4km away from his home was returned to his owner after he was found by a would be bearded dragon keeper.

Groot is cared for by William Hill. He was found by Cara Velnes, who had purchased a bearded dragon enclosure last year with the intention of acquiring one for Christmas but didn’t. So the enclosure was stored away. Lucky for Groot.

According to the CBC, Velnes heard some children outside her house and when she went to investigate, she found the reptile under a truck.

“I ended up pulling [the tank] out and I had to explain to my kids why I have a giant tank for a lizard,” Velnes told the CBC. “Of course, the kids wanted to keep it, but that’s not my situation — we can’t do that.”

Velnes reported the lost lizard on the St. Boniface Facebook group June 23  and someone on that page noticed the lizard from a post on a lost dog page in Winnipeg, even though the beardie isn’t a dog, though some may act like dogs.

Two hours after Velnes posted the found lizard, Hill and his sister were knocking at her door to claim the reptile. Hill had placed lost reptile flyers all over the neighborhood when Groot went missing and was about to give up when he got a text message.

“I just can’t wait to get him home, put him in his cage, get him all warmed up, try feeding him a couple of worms, see how he is, and then I’ll take him to the vet tomorrow,” Hill told CBC.

As for Velnes? She is still without a beardie, but that may just change. “There is a birthday in two weeks, so we’ll see,” Velnes told CBC.