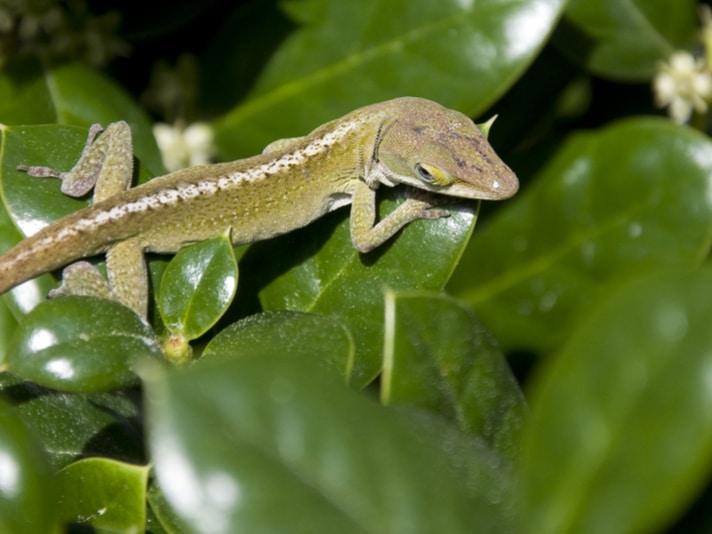 Anole lizards are one of the most adaptable of reptiles. The feet of green anoles in Florida have evolved to climb higher in an effort to better compete with the invasive brown anole, and in the Caribbean, the toe pads and legs of the Turks and Caicos anole (Anoles scriptus scriptus) have evolved to better survive hurricane force winds that barrel through the region each year. 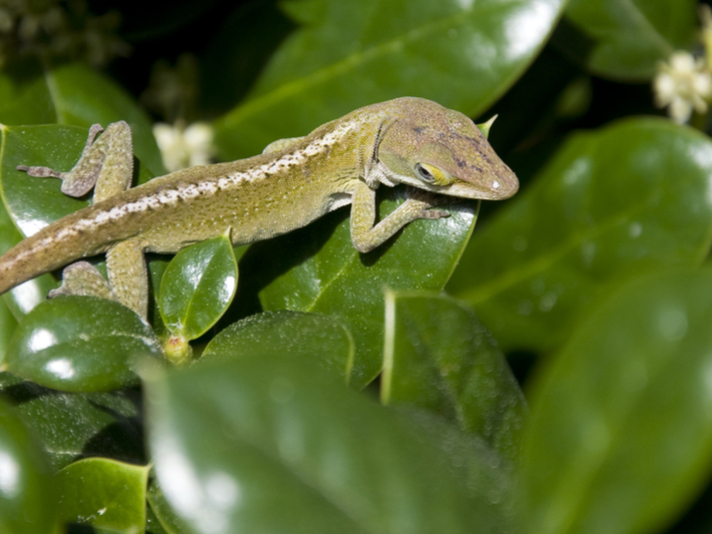 Colin Donihue, a Harvard University researcher just happened to be at the right place at the right time, studying the little lizard to see how they might evolve once invasive rats were removed from two islands in the Turks and Caicos. Donihue led a team of researchers on the expedition, capturing and measuring dozens of lizards with the plan of returning a few years later to see how the reptiles may have changed once the rats were gone.

Then Hurricane Irma struck the Turks and Caicos islands, wreaking havoc on the archipelago. Two weeks later, Hurricane Maria battered the islands. These events gave Donihue and his colleagues a rare window to see how natural selection may play a role in the so-called survival of the fittest. The researchers returned to the islands with the intent of measuring any anoles lizards that may have survived the onslaught of 165 mph winds and 20-foot waves.

“To be honest, given how catastrophic hurricanes are, I thought it was plausible that survival would be random—that there wouldn’t be an advantage that would help [the lizards] survive,” Donihue told The Atlantic. “I wasn’t really sure what to expect.”

Donihue’s measurements before the storm indicated that the post-hurricane lizards had 6 to 9 percent larger toe pads and front legs that were 2 percent longer.

The storms wiped out those lizards with smaller toe pads, changing the average proportion of the lizard population in the islands.

“The changes were subtle, and we couldn’t have noticed them just by holding the lizards in our hands,” Donihue told The Atlantic. “But they were consistent between the two island populations, which makes us feel more confident that this wasn’t a fluke.”

However, one measurement caused a bit of confusion, that of the hind legs. The surviving lizards had hind legs that were 6 percent shorter than pre-hurricane measurements.

So Donihue and his team tested the cling capability of the lizards, blasting them with the largest leaf blower they could find to simulate harsh winds. The team found that the lizards would tuck in their front legs as close to their bodies as they could and cling. Their hind thighs, which acted like sails, were exposed to the winds, and they eventually lost their footing, ending up in safety nets.

The team discovered that the anoles were rapidly evolving, in a classic case of what is called rapid evolution, according to The Atlantic.

“This is a striking case of rapid evolution, which, as we can see here, can proceed exceedingly fast, even within a generation,” Carol Lee, of the Center for Rapid Evolution at the University of Wisconsin-Madison told The Atlantic. “I expect there will be many more cases like this in the future, where catastrophic events impose strong selection on populations, and where populations will need to evolve or go extinct.”