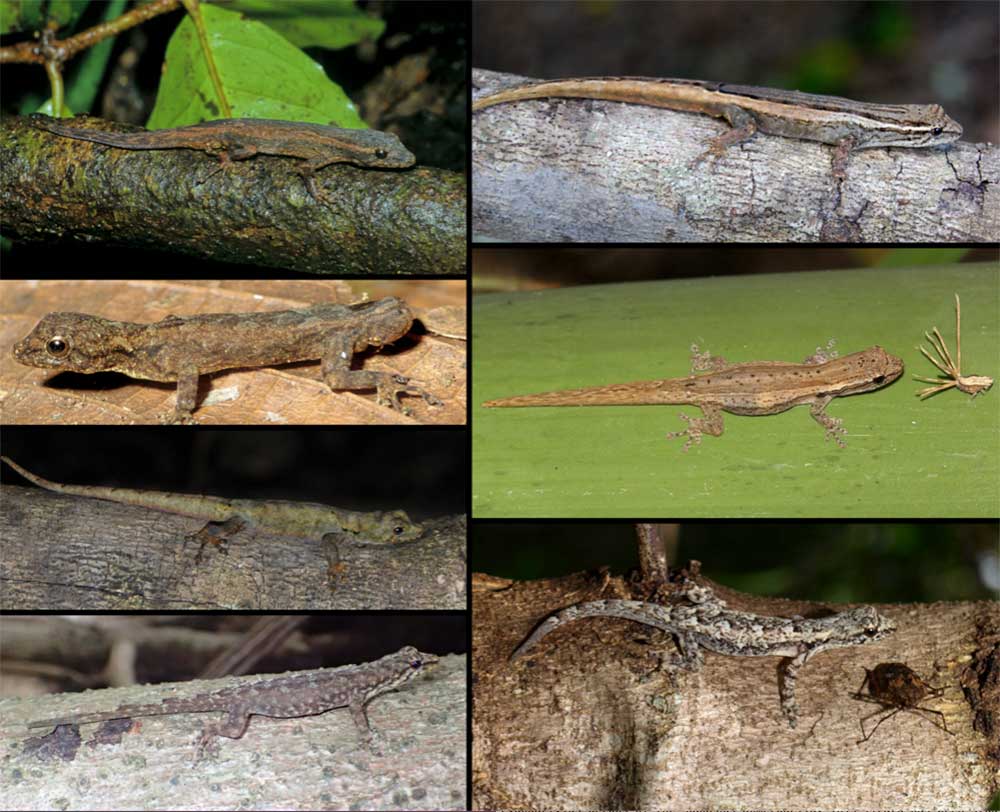 Researchers have discovered eight new gecko species in the forests of Madagascar. The researchers apparently discovered the eight new species while st

Researchers have discovered eight new gecko species in the forests of Madagascar. The researchers apparently discovered the eight new species while studying the brown Lygodactylus geckos of the subgenus Domerguella. This lizard has been studied for decades. They had specifically been focusing upon the distribution and evolution of the species, thinking there were five subspecies within the subgenus. Now, based on DNA analysis and the the study of these lizards scales and the proportions of scales on their bodies, the researchers believe there may be as any as 17 new species, but have definitively named eight new species.

“The Lygodactylus madagascariensis species group, constituting the subgenus Domerguella, currently contains five valid species of inconspicuous dwarf geckos from Madagascar’s humid forests, but at least 18 deep genetic lineages have been revealed by recent molecular studies,” the researchers wrote in their paper describing the new species. “Given the high morphological similarity of these lineages, taxonomic resolution of this astonishing diversity requires efforts to correctly delimit species, as well as assigning the available nomina to the species-level lineages identified.”

An abstract of the study, “Integrative revision of the Lygodactylus madagascariensis group reveals an unexpected diversity of little brown geckos in Madagascar’s rainforest” can be read on the Zootaxa website.