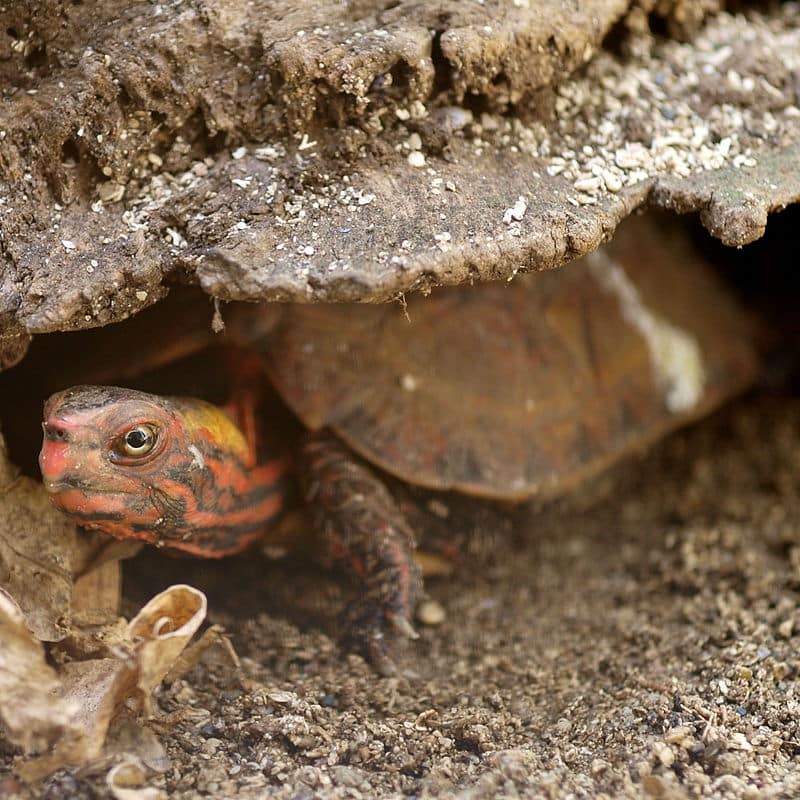 The Okinawa Zoo announced that 64 turtles were missing from their enclosures and officials fear that the chelonians have been stolen. According to an AFP report, the zoo lost 15 Ryukyu leaf turtles (Geoemyda japonica) and 49 yellow-margined box turtles (Cuora, formerly Cistoclemmys, flavomarginata).

"We feed them twice a week and a keeper noticed their number was clearly low," Kozue Ohgimi, zoo section chief at Okinawa Zoo and Museum, told AFP. Officials at the zoo fear the reptiles will be sold on the black market for the illegal pet trade. 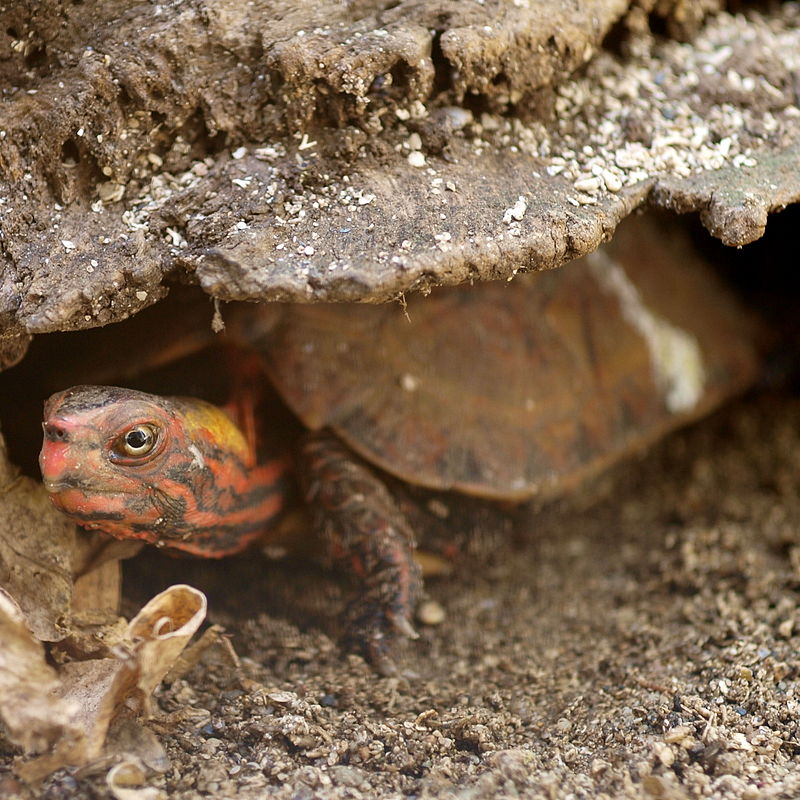 A Ryukyu leaf turtle at the Neo Park in Okinawa, Japan.

Zoo officials believe the thieves cut through cable ties that secure netting over the enclosure and removed the turtles.

Both species are listed as threatened by the International Union for Conservation of Nature and Natural Resource, and both species are cannot be sold or traded in Japan, as they are considered "natural treasures," by the country.

These turtles are small, with the female yellow margined box turtle averaging less than 7 inches and the male even smaller. The

Geoemyda japonica can only be found in the wild on three small islands in Japan's Okinawa group of islands. It lives on damp forest floors and along the banks of mountain streams and eats plant buds, nuts, berries, insects, earthworms and land snails. The turtle is also bred in captivity, hatching one to two eggs at a time, more than once a year. It was listed as Threatened II in Japan's Red List 2012 and Endangered in the IUCN Red List in 2000. It grows to about 5 to 6 inches in length.