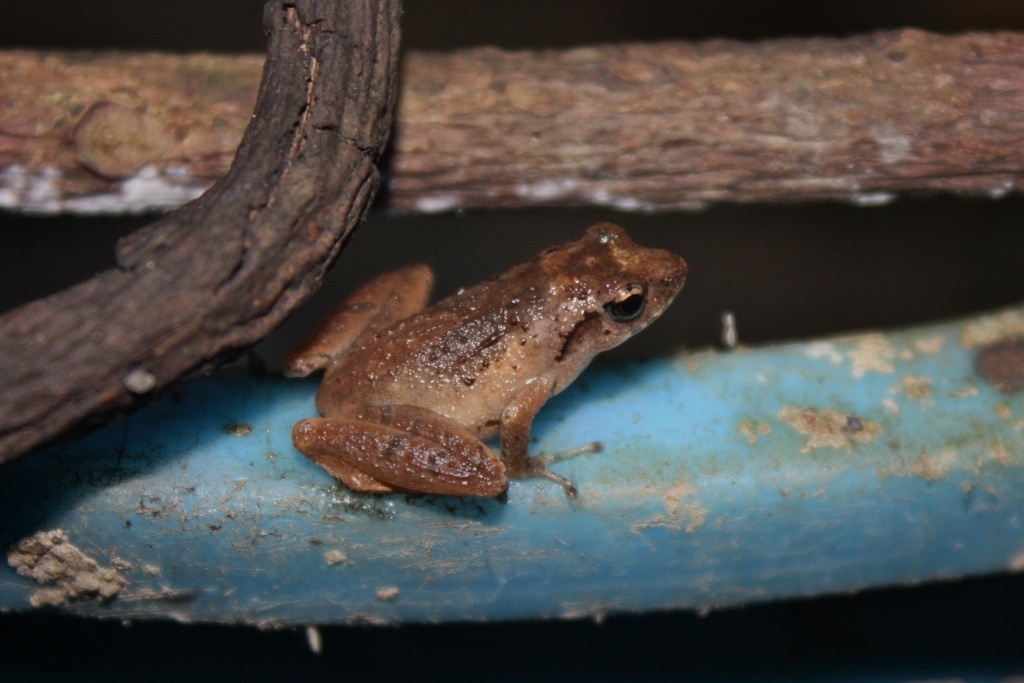 The tiny frog is the smallest amphibian in the Hong Kong Territories.

A tiny treefrog that had been declared extirpated from its home in Hong Kong, has been found on the island’s Sea Lo Tung wetlands, a sign that the amphibian is making a comeback.

“The Romer’s tree frog (Chirixalus romeri) is a precious species only found in Hong Kong, so this is an encouraging find,” Elaine Yuen Yan-ling, assistant education and conservation manager of local non-profit Green Power told the South China Morning Post.

The frog was first spotted in June 2018 during an ecological survey of the wetland, and more populations have since been discovered in other bodies of water on the island.

The frog is listed as endangered on the International Union for Conservation of Nature’s Red List of Threatened Species. The site where the frog was discovered had been slated to be developed into a golf course until the government of Hong Kong swapped land with the owners so it could manage the land with the assistance of Green Power and the Agriculture, Fisheries and Conservation Department.

The Romer’s treefrog grows to just 2.5 cm in length and is the smallest amphibian in Hong Kong. The species was first discovered in a cave on Lamma Island in 1952. The frog disappeared when eh cave collapsed and was rediscovered on the island in 1984. The frog is protected under the Hong Kong (Wild Animals Protection Ordinance, Cap. 170).