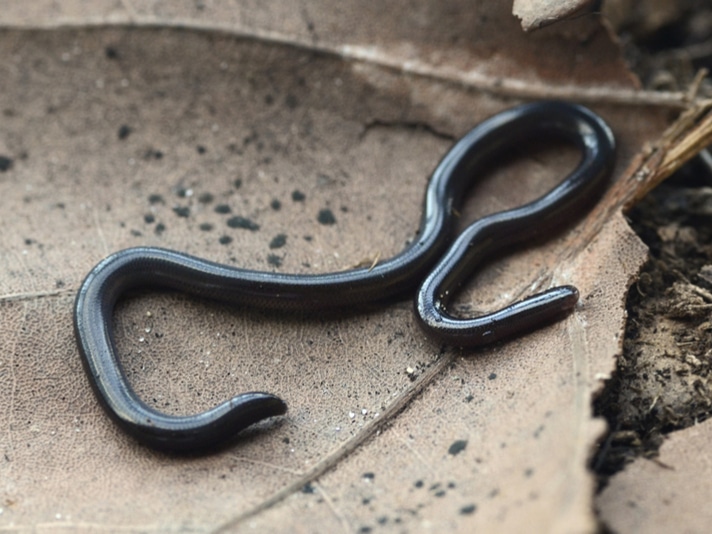 These snakes are all specialists in that they specialize in eating invertebrates.

Many would think that all snakes eat rodents or mammals, and little else. But in the wild many snakes are opportunistic carnivores, eating whatever they can. This can include birds, invertebrates, fish, and more. An overlooked reptile group fits this category called the “invertebrate specialist snakes,” and they feed on invertebrates only. Invertebrates are anything without a backbone, which includes worms, snails, insects, spiders, crabs and more. This is the only type of food these snakes prefer throughout their entire life. Most invertebrate-eating snakes live a unique lifestyle underground beneath the decay and soil of plant matter and organic substrates. They are specially adapted to their habitats, and although some of these snakes have little known research on proper husbandry, others have adapted well to live in captivity as long as they are provided a naturalistic habitat.

Invertebrate specialist snakes have unique characteristics that allow them to occupy this niche and prefer this special diet. Many are small, measuring less than a 12 inches in length, but each species has a specific and unique lifestyle.
Although they can be elusive and shy, these unique snakes can be found everywhere other snakes are typically found. The environments they can live in include rainforests, swamps, scrublands, suburban areas, farms, and deserts to name a few. Each species is as unique as the habitat they occupy, and no two species are exactly the same. Here we overview some of the coolest invertebrate specialist snakes. 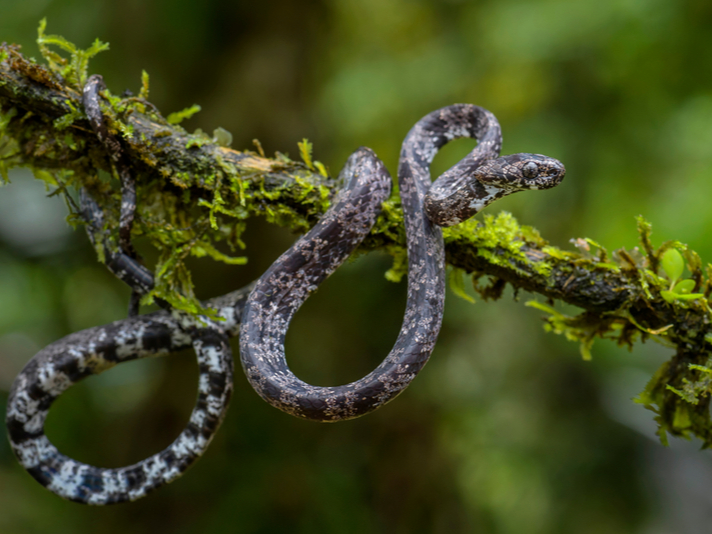 The cloudy snail eater (Sibon nebulatus) lives in the treetops and leaf litter of rainforests across the Caribbean, Central, and South America, where they blend in perfectly with cryptic coloration. Here they seek out snails and slugs. This nocturnal species can also be found within rotten logs, where they remain inactive for most of the daytime. When captured, they move their heads strategically to rid themselves of the sticky mucus left behind by their invertebrate dinners.
Read more here. 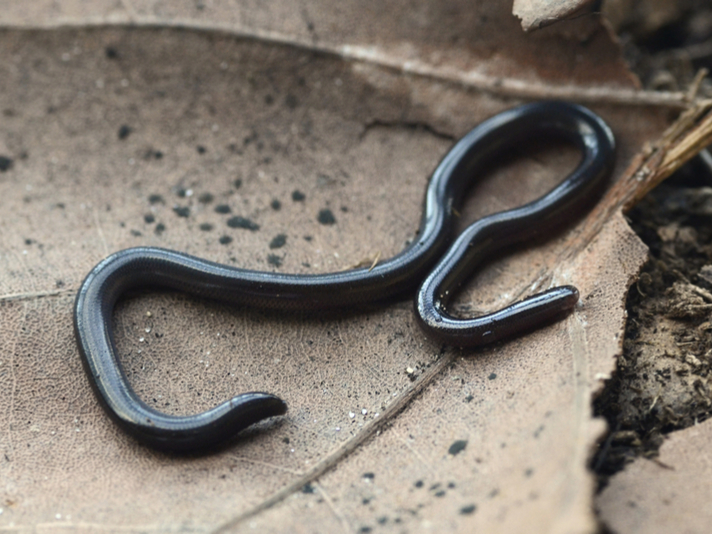 The brahminy blind snake is often mistaken for an earthworm.

This species is known by many names, including the flowerpot snake, brahminy blind snake, and worm snake (Ramphotyphlops braminus). Personally, I’ve found this invertebrate lover in my residence a few times in South Florida, where I always mistake them for earthworms. They are very tiny and have very reduced eyes, because they don’t really need sight underground. The specialist has become an established invasive in many countries outside its native range of Southeast Asia, including Florida. These tiny snakes hitched rides via the agricultural trade, which gave them the nickname “flowerpot snake.”  They are most often found in flower beds, soil, in rotten logs, leaves, and trash, where they prefer to eat invertebrates like ants, termites and larvae. They have been documented slithering into ant nests very quickly to satisfy these invertebrate cravings. They have a very unique reproductive strategy where females asexually reproduce, creating multiple female-only offsprings. Little research has been done on the species and they have not been successful captives. 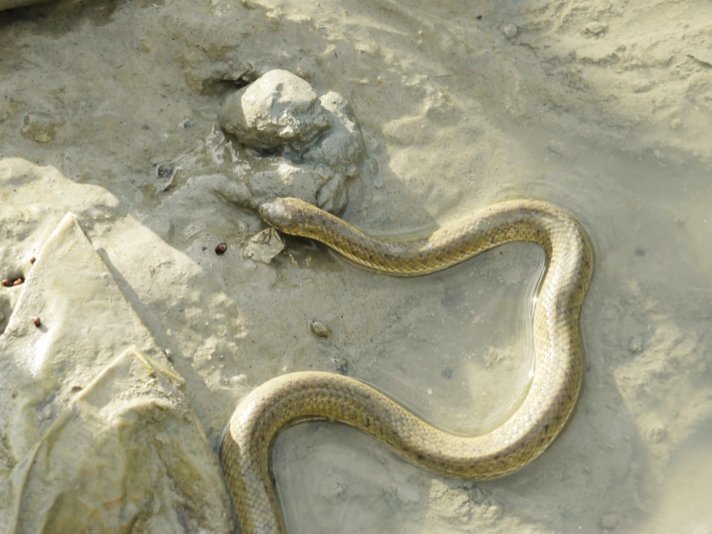 The crab eating water snake is an Australian native that is the only snake that breaks apart its food before consuming it.

The crab-eating water snake (Fordonia leucobalia) is an Australian native, or cancrivore, feeding primarily on crabs. They live in mangroves, tidal mudflats, swamps and wetlands on the coast habitats. Although they eat other crustaceans opportunistically, they specialize in eating crabs by living in the burrows of crabs and lobsters. Since crabs have adapted to lose legs and regenerate them, these snakes have adapted to exploit that. They have been documented pinning crabs and eating their legs, one by one. They typically don’t even eat the body, making it the only group of snakes to break apart its food before full consumption. Read more here.

With four subspecies recognized, these North American natives feed primarily on crayfish, where two of the subspecies eats similarly to the crab eating water snakes previously mentioned. These crayfish snakes have specialized hinged teeth to help them consume the hard shelled invertebrates. The other two subspecies of crayfish snakes wait until the invertebrate is in molt. Molting is a process where invertebrates shed their hard shells, leaving them soft for a short amount of time. The crayfish snakes wait for this exact time, where they are able to sniff out molting secretions left by the crustaceans and then eat them. Read more here.

Perhaps being one of the most courageous crustacean consumers, the Tantilla group of snakes feeds primarily on centipedes. They sometimes eat scorpions, spiders, and other invertebrates opportunistically. This elusive new world species can be found throughout North and South America in swamps, pinelands, sandhills, and hardwood hammock habitats beneath the soil. They are a small species living a secretive life, which is why not much is known about their characteristics and lifestyles.