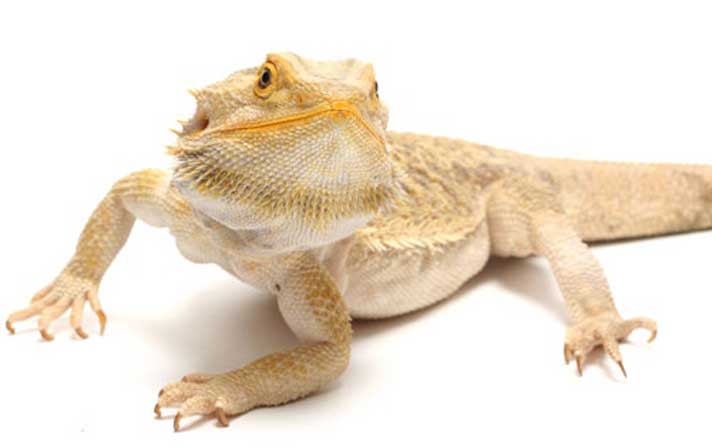 Global Warming May Have Negative Effects On Bearded Dragon Intelligence

United Kingdom-based researchers studying the effects of global warming say when bearded dragons (Pogona vitticeps) are exposed to warmer than normal air temperatures before they hatch, they are less intelligent than those which are incubated under cooler temperatures. 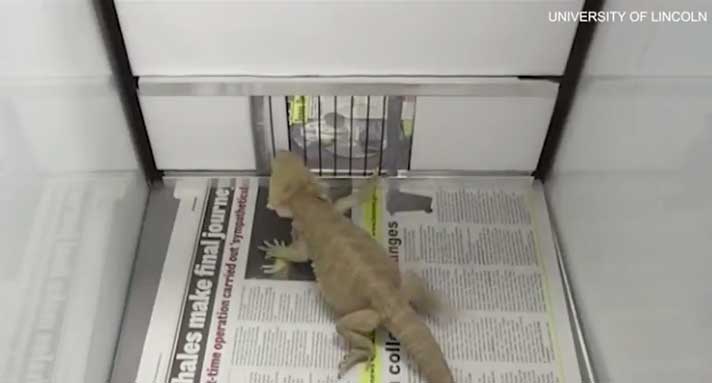 Researchers with The University of Lincoln in the United Kingdom incubated bearded dragon eggs in two different temperature ranges. One group, designated as the hot group with six eggs, were incubated at 30 ± 3°C. The second group, with seven eggs, were incubated at an average temperature of 27 ± 3°C. Once the reptiles hatched, they were housed in similar heated enclosures with an average room temperature of  29°C. They all underwent the same feeding regimen and were all to be considered sexually mature at the time of the testing.

The testing involved having the bearded dragons watch a video of an unfamiliar female bearded dragon open a sliding door to attain food behind the door. After watching the video, each dragon was placed in an enclosure with the sliding door and were given five minutes to open the door and access the food.

"Environmental change is one of the key issues affecting habitats worldwide, creating challenges for animals living there,” Dr. Anna Wilkinson of the University of Lincoln's School of Life Sciences said in a press release announcing the study.

Bearded Dragon Lizards Are Smarter Than You Might Think!

"One of the first responses an animal can make to a changing environment is changing its behaviour. Cognitive abilities are likely to be critical to how they adapt because they influence how an animal perceives, stores and uses information from the surrounding environment.

"Our findings reveal that the egg incubation environment impacts upon social learning in adult bearded dragons as the cold-incubated animals in our experiment performed the task significantly faster than those that were incubated at a warmer temperature.”

"One intriguing idea suggests that incubation environment may 'select' for traits that are adaptive to the specific environment into which the animal being born – for example, a cooler environment may produce animals that are better adapted to survival in that temperature profile and vice versa."

"This flexibly of cognitive ability could aid reptiles in adapting to new changing environments and could offer a potential buffer in the face of human-induced environmental change. However, if conditions change too rapidly then reptiles might struggle to adapt quickly enough to their changing environments, which could negativity influence their survival."

Researchers noted in the study, published in Royal Society Open Science, that the effects of incubation environments on the bearded dragon has lasting implications into adulthood.