An 8-foot male king cobra (Ophiophagus hannah) has escaped its enclosure in Orlando, Fla. and the Florida Fish and Wildlife Service is looking for it. The venomous snake was reported missing Wednesday by its handler, Mike Kennedy, a star of the reality show Airplane Repo. Officials say Kennedy is an experienced snake keeper and exotic animal dealer who has the proper permit to keep the snake, and is licensed and bonded to care for exotic animals. He may face charges for failing to report the snake missing immediately as the local media say the snake actually escaped Tuesday. The snake was reported to have escaped its enclosure from a home on North Apopka Vineland Road in Orlando. The home is in a heavily wooded area, and FWC officials are hoping that it stays in the compound, according to WESH 2 News. 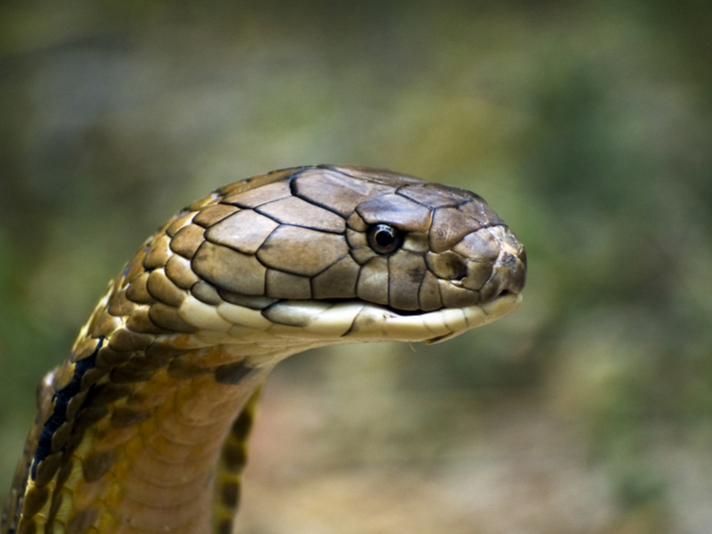 If you live in the Orlando area and you see the snake, which is described as green and yellow, do not approach the reptile, officials said. Officials urge anyone who sees the snake to contact the Florida Fish and Wildlife Conservation Commission’s alert hotline at 888-404-FWCC (3922).

Cobras have been in the news quite a bit this summer In the U.S. and abroad. In July, a monocled cobra (Naja kaouthia) suspected of killing its keeper was found dead on the road near the parking lot where the man was found.

In August, a monocled cobra that was captured in a high rise condominium in Texas was euthanized after an official deemed it dangerous.

In late August, a student at a university in Singapore captured footage of an approximate 8-foot king cobra battling it out with a smaller reticulated python. The python had wrapped itself around the cobra’s neck to prevent the cobra from eating it and then released the venomous snake, which high-tailed it into the forest. Both snakes were later captured by the university’s pest control employees.