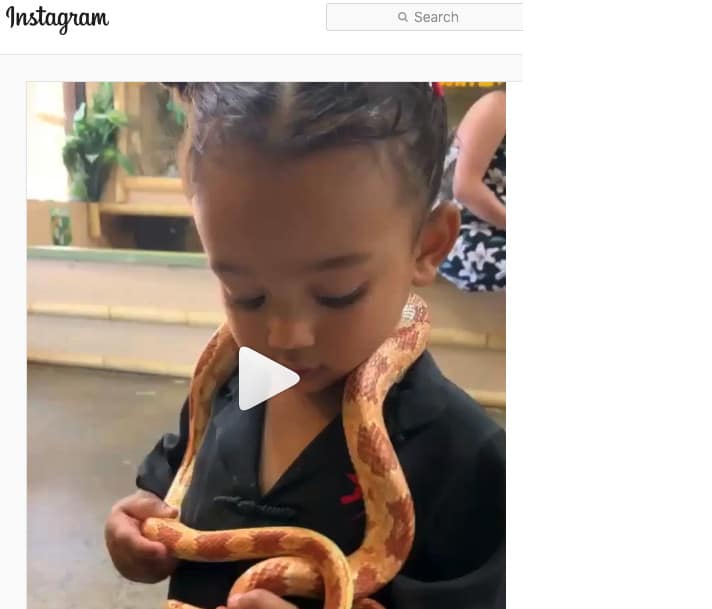 Kim Kardashian posted a video of her daughter holding a snake on Instagram.

Kim Kardashian uploaded a video of her 6-year-old daughter holding a corn snake and the video caused a bit of backlash from an animal expert as well as some on the reality star's Instagram account. 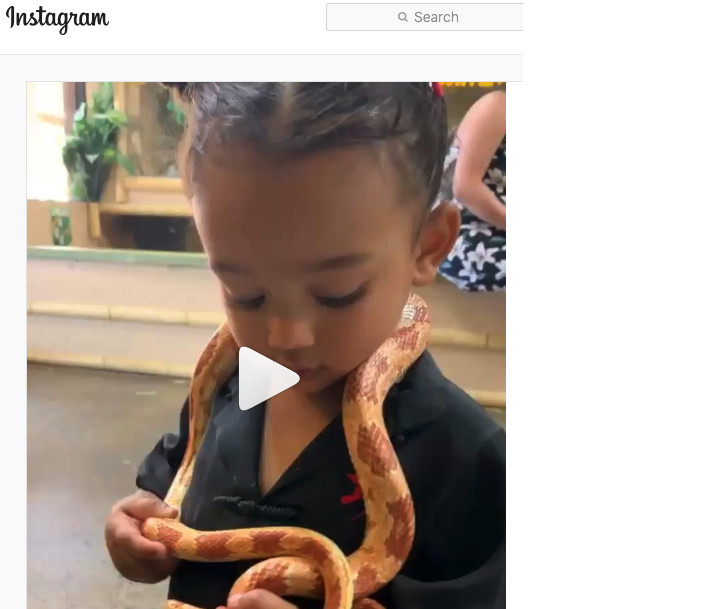 Kim Kardashian posted a video of her daughter holding a snake on Instagram.

“In light of that, I don’t think it’s particularly wise to completely hand off to a child that age,” Grant Kemmerer of Wild World of Animals told Page Six. “A child at this age doesn’t necessarily understand the fine dexterity needed to handle a delicate animal, and you can see the child is grasping the snake’s neck/body which can make the snake uncomfortable and there’s a chance the snake could be defensive.”

“I’m sure the handler feels confident with the demeanor of his/her animal,  but as a general rule I would never hand an exotic animal to a child that age, too much could go wrong.”

Said sydneyfiesta on Instagram: @mbailey1076 i’d be willing to be a lot of money that if that was a regular kid and not a kardashian the handler would have pressed them for holding and swinging around the snake like that.

The video shows the child grasping at the snake and moving it about as a young child would, and not in a way that we would handle a reptile like that. Check out the video and let us know what you think in the comments below.