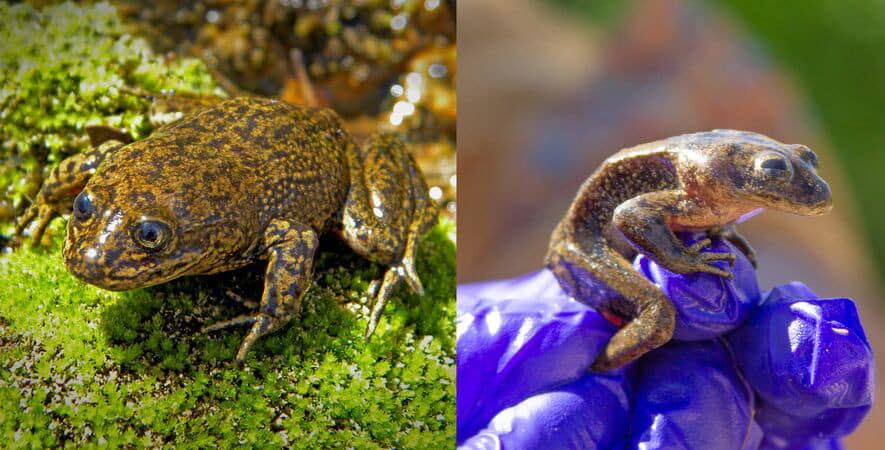 The critically endangered frogs were in a stream that was drying up.

Conservationists, with the help of government officials in Chile last week saved 14 Loa water frogs (Telmatobius dankoi), a critically endangered amphibian that is known only to inhabit a single stream in Chile. The frogs were emaciated and in pretty bad shape, according to a press release put out by the Amphibian Survival Alliance. 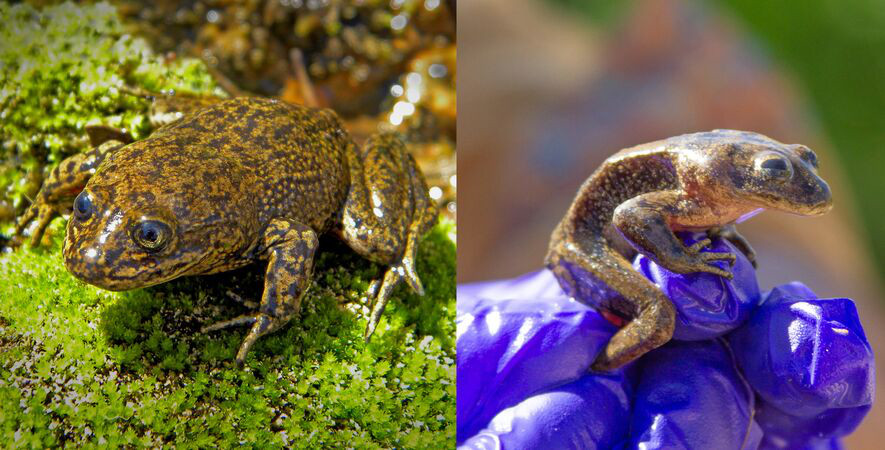 Left photo by Claudio Soto Azat. Right photo by the Ministry of Housing and Urbanism of Chile

A healthy Loa water frog in 2015 (left), compared to the malnourished Loa water frog (right) rescued this month from their dried-up habitat in Chile and taken to the National Zoo of Chile to be nursed back to health.

The frogs were rescued from a stream that was on the verge of completely drying up, which would have most likely spelled disaster for this species. The frogs were living in the stream outside the city of Calama in the Atacama desert, which is a haven for mining agriculture and real estate development, according to the Amphibian Survival Alliance.

Several organizations that advocate for these frogs, including Amphibian Ark, the IUCN SSC Amphibian Specialist Group, the Amphibian Survival Alliance and Global Wildlife Conservation have asked the government of Chile to continue its work in protecting this species and its habitat in the wild.

“We request that consideration be given to the development of an emergency plan for the protection and recovery of Loa frog habitat,” said Jon Paul Rodríguez, chair of the IUCN Species Survival Commission. “For this reason, we call for the establishment of a technical working group to assist the work in this matter.”

Romeo, The Last Frog Of His Species Seeks Mate Through Match.com

The frogs were taken to the National Zoo of Chile, where the zoo’s specialists will gather information from other researchers around the world and  will attempt to breed the frogs to bolster their numbers after they nurse the frogs back to health.

“Without the zoo, we wouldn’t have made it this far,” said Claudio Soto Azat, co-chair of IUCN SSC Amphibian Specialist Group Chile. “The situation was so critical, the main habitat was so dry, that the rescue was the only option. If the zoo wouldn’t have had the capacity to do it, the story right now would be very different.”

Let’s hope that a breeding program is established and the loa water frog can be reintroduced into its natural habitat again.