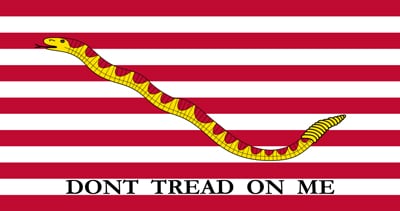 The U.S. First Navy Jack flag or the Snake on Stripes flag was first used by the Continental Navy during the American Revolution.

Did you know that one of the first American flags featured a rattlesnake with the slogan "Dont Tread on Me?" emblazoned underneath the snake? It was known as the Gadsden flag in honor of the creator of the flag, U.S. General  Christopher Gadsden. Gadsden designed the flag in 1775 during the American Revolution. 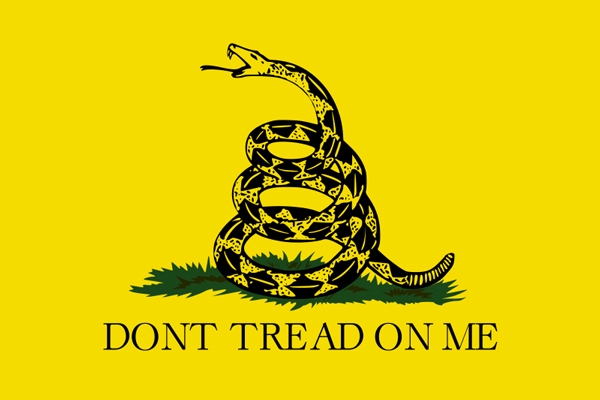 A second flag flown by the U.S. Navy also features the motto Dont Tread On Me with a rattlesnake. It is called the U.S. First Navy Jack flag or the Snake on Stripes flag. It is said to have been used by the Continental Navy  from October 13, 1775 through December 31, 1776 during the American Revolution. In 1975, in preparation for the 1976 Bicentennial celebrations, officers with the Secretary of the Navy ordered the search for an image that would exude power for the navy and the First Navy Jack flag was chosen. The secretary ordered all commissioned ships to fly the flag in place of the Union Jack flag. 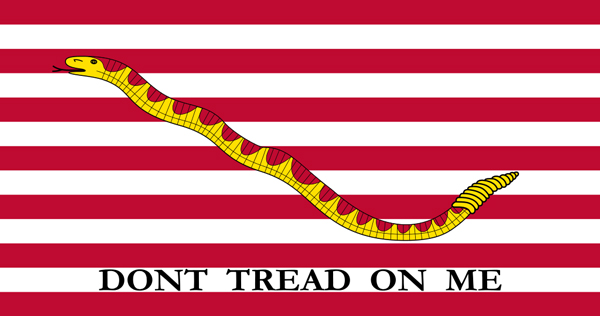 The rattlesnake is superimposed across 13 alternating red and white stripes. Dont Tread On Me is without an apostrophe.

A tradition was born in 1977 in which a ship on active status with the longest period of active service was instructed to fly the First Navy Jack flag until it was decommissioned. The flag was then passed onto the next ship with the longest active status. The USS Denver (LPD-9), an Austin-class amphibious transport dock is currently flying the flag. That ship launched January 23, 1965.