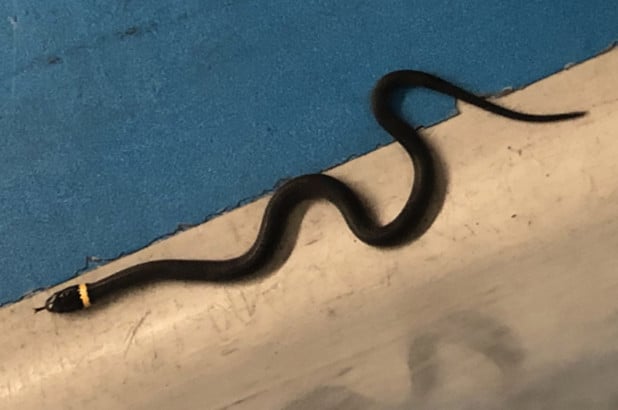 Ringneck Snake Doesn’t Get Past TSA At Newark Airport

The ringneck snake was found slithering around the TSA checkpoint at Newark Airport in New Jersey.

Dozens Of Turtles And Tortoises Evacuated From Behler Chelonian Center Due To California Fires
Mutilated Sea Turtle Found On West Side Of Oahu, Hawaii
Man On Vacation In Hawaii Fined $1,500 For Harassing Sea Turtle And Touching Monk Seal

A 15-inch ringneck snake (Diadophis punctatus ) was found crawling on the floor at Newark Aiport in New Jersey, and was thankfully captured after a child spotted the reptile. The snake was apprehended by a TSA officer who was able to trap it with a checkpoint bin that travelers use to load their belongings for scanning. 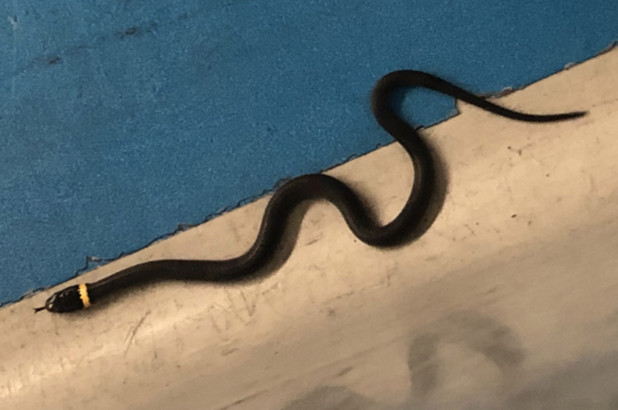 This ringneck snake was found slithering around the TSA checkpoint at Newark Airport in New Jersey.

“The snake did not make it on the plane, much to the relief of whoever would have been sitting next to it,” TSA spokeswoman Lisa Farbstein told The New York Post.

The TSA closed the checkpoint temporarily as police were called to take the reptile away. According to The Post, CCTV footage will not be reviewed as it would take up too much time.

“We have a fairly robust lost and found program that reunites passengers with their lost items, but this passenger doesn’t need to call us about his snake,” TSA New Jersey Federal Security Director Tom Carter told The Post.

Hopefully the owner comes forward to claim his lost reptile.

Ringneck snakes are a small snake that is known for the yellow-orange ring around its neck, hence the name. The reptiles are usually gray in coloration and have a bright orange belly. They are a common species found throughout much of North America. They feed on worms and small salamanders, slugs, and sometimes small snakes and lizards.