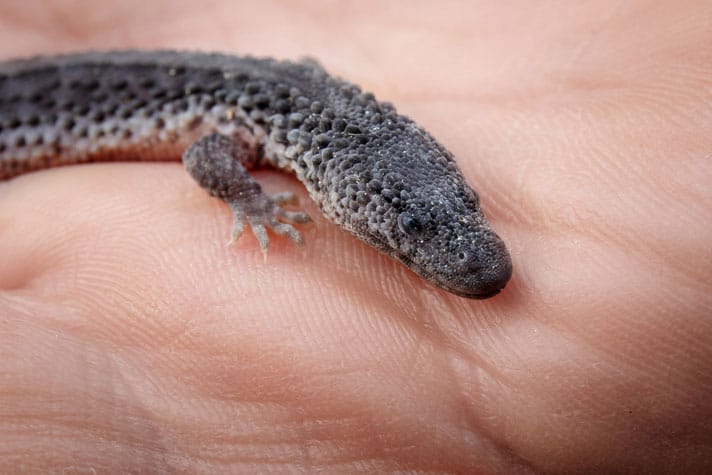 The Prague Zoo announced that it has successfully captive bred and hatched five earless monitor lizards (Lanthanotus borneensis), a species so rare and seldom seen it is often referred to the “the Holy Grail of herpetoculture.” 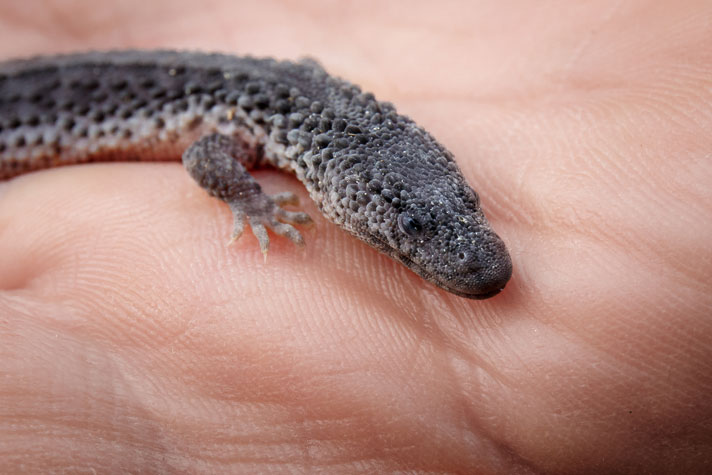 One of five earless monitor lizards hatched at the Prague Zoo.

The reptile, which is rarely seen due in large part to the fact that it is nocturnal, is part of a European breeding program that scientists are hoping will boost the numbers of the lizard in the wild. It is often captured and ends up in the illegal wildlife trade due to its unique look.

“It is quite obvious that it is a species tied to streams in tropical forests and therefore it is very much endangered by the destruction of tropical forests in Borneo,” Petr Velensky, a reptile curator at the Prague Zoo said in a statement.

In 2016, the zoo received seven of the lizards from a private owner in Japan, who was able to successfully breed the reptiles in captivity for the first time two years prior.

An  Appendix I animal under the Convention on International Trade in Endangered Species of Wild Fauna and Flora (CITES), the earless monitor lizard is native to Borneo island and is said to inhabit the lowland rainforests of that island, near rivers. It is said to grow to about just under 8 inches in length (20 cm).