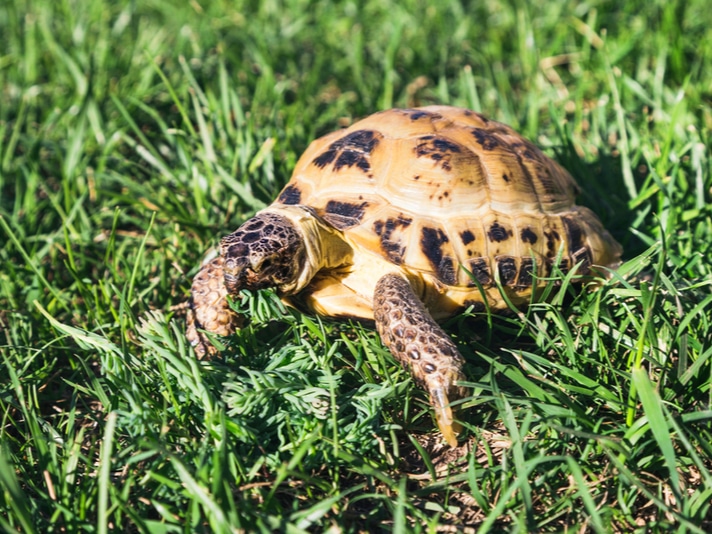 Roshi has been in Biz Stone's care for more than 15 years.

Biz Stone, a co-founder of the social media site Twitter, lost his pet tortoise five months ago. Stone and his family searched for Roshi, a Russian tortoise (Testudo Agrionemys horsfieldii), with no success until October 9, when Stone’s son, Jake, found the tortoise at his school, of all places.

Our tortoise of 15 years escaped 5 months ago. We searched. No hope. Yesterday, Jake discovered him munching clover at his school. Incredible! Roshi is back after a grand adventure. pic.twitter.com/rjZNl96jng

Stone posted the good news on Twitter, with some folks questioning how Jake knew that Roshi was, well Roshi.

“He’s a rescue. A Russian tortoise,’ Stone tweeted. “Rare in these parts. Also, exact same blotches on his shell. No doubt.” Stone has cared for Roshi for the last 15 years, longer than Twitter’s existence, and his family is super happy that they found their reptile after five months. 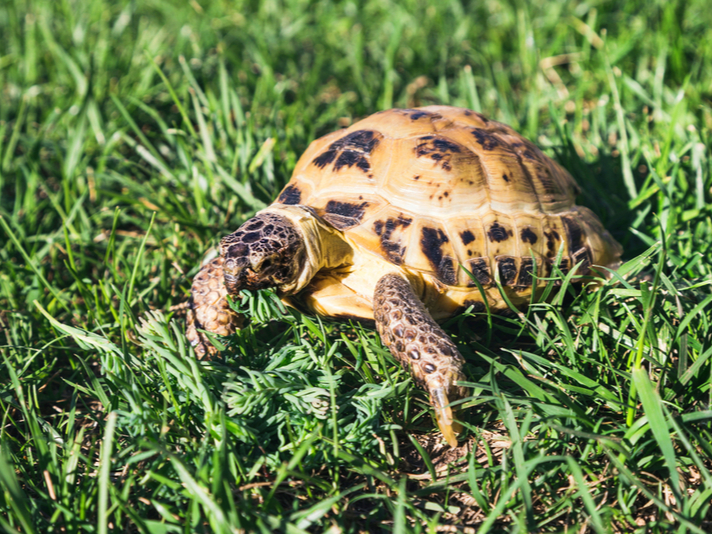 Russian tortoises are small chelonians, growing to about 8 to 10 inches.

"Tortoises can last months without food and weeks without water, making them some of the most resilient animals on the planet," Dr. James Liu, a turtle biologist and veterinarian with the Turtle Conservancy, and REPTILES contributor, told Mashable.com. "In fact, Biz's tortoise is a Russian tortoise. Russians knew these animals were so tough, they launched them into space. As a result, tortoises are technically the first vertebrates in space."

Hopefully, Roshi’s wandering days are over and will continue to give Stone's family many more years of joy and happiness, like he gave them this week upon his return.

"They are remarkable escape artists from gardens," Dr. Liu said. "Russian tortoises like the one in the story can dig tunnels meters underground and even climb chain-link fences. Inexperienced pet owners lose them or the tortoises might just be underground hiding for weeks."

Russian tortoises are small chelonians, growing to about 8 to 10 inches. They are long-lived reptiles and are widely captive bred.