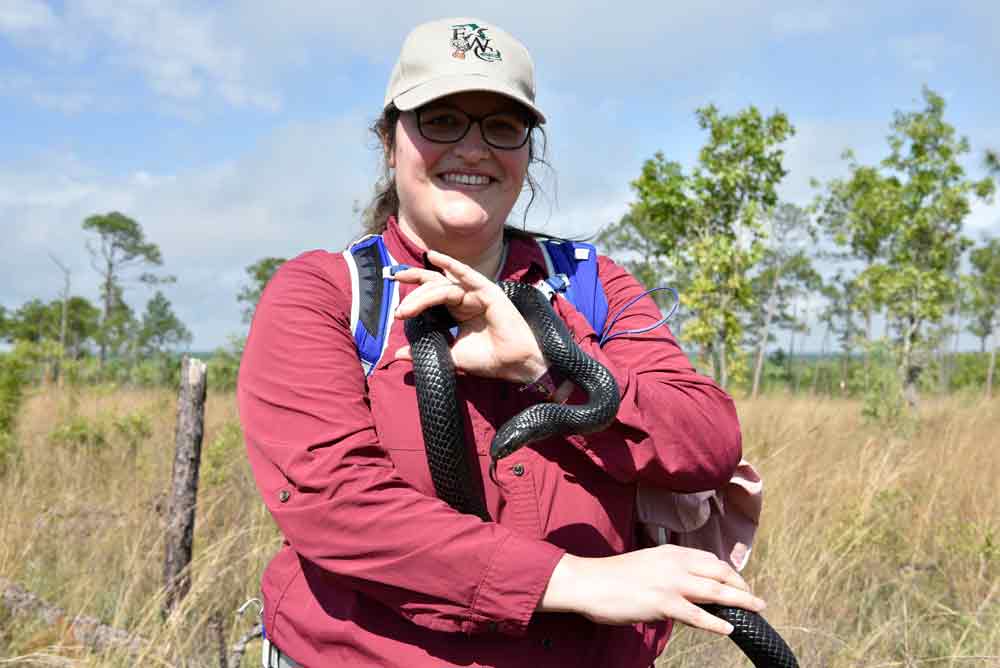 The April 26 release marks the sixth consecutive year that Eastern indigo snakes from the captive breeding program have been placed into the region. Photo by Tim Donovan/FWC

The juveniles are the result of a captive breeding effort to bolster the wild populations.

Eastern indigo snakes are listed as threatened under the Endangered Species Act.

“Releasing 26 Eastern indigo snakes today at The Nature Conservancy’s Apalachicola Bluffs and Ravines Preserve is a great achievement for us and our partners,” Steve Coates, director of The Nature Conservancy’s Center for Conservation Initiatives said in a statement detailing the release. “It’s the spirit of collaboration at the center of this project that has made it possible for us to reach the six-year milestone. The preserve is the ideal location for reintroducing this integral snake species, and that is thanks to the decades of conservation work conducted on-site by TNC and our partners.”

The ABRP is currently the only location in the state designated for the reintroduction of the Eastern indigo snake. It is a 6,295 acre nature preserve that features longleaf pine landscape and is in the center of one of five biological hotspots in North America. The gopher tortoise is also a resident of the preserve. Theconservancy has been working for the past 30 years rehabilitate and restore the ABRP. 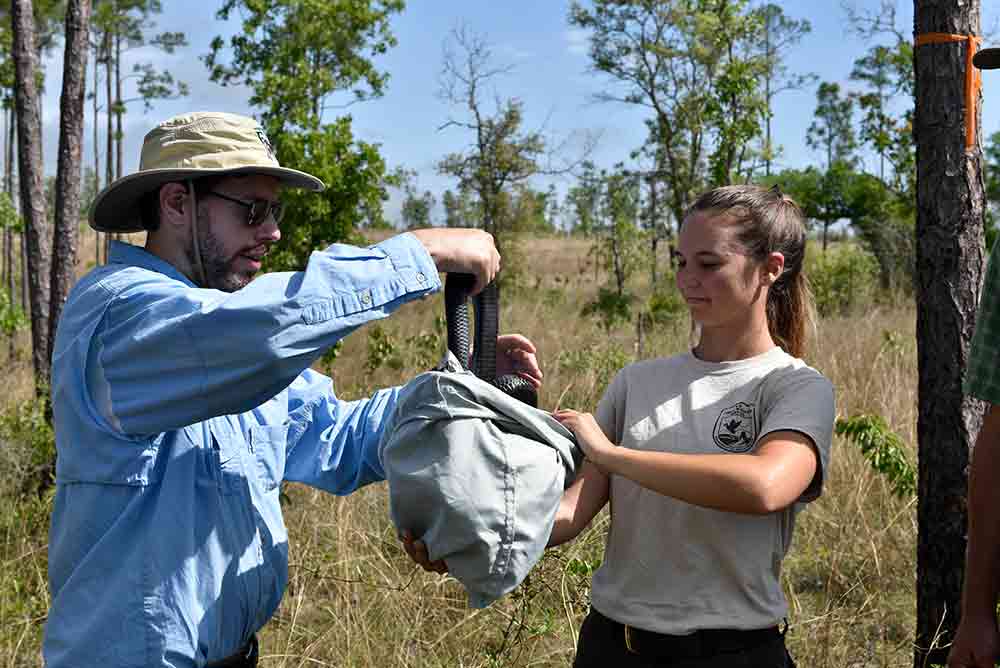 The Eastern indigo snakes are about 2 years old when they are released. Photo by Tim Donovan/FWC

The snakes released are each two years old and are the progeny of snakes in the Central Florida Zoo & Botanical Gardens’ Orianne Center for Indigo Conservation (OCIC). The OCIC is an organization that works to captive breed and reintroduce these apex predators into the wild.

The Eastern indigo snake is the longest native snake in the United States, sometimes reaching more than 8 feet in length. The snake is a federally threatened species and certain restrictions are in place with regard to possessing them. A member of the Colubridae family, indigo snakes feed on a variety of animals, including small mammals, amphibians, birds, lizards, baby turtles, and venomous and non-venomous snakes.