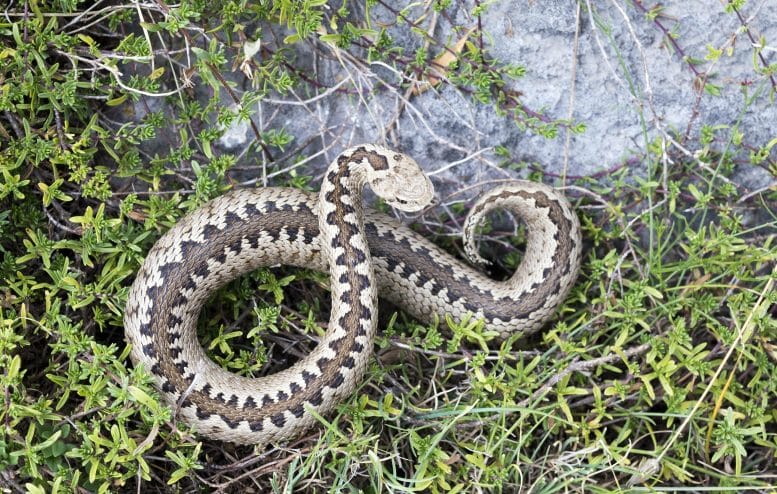 Warming Mountaintops May Cause Greek Meadow Viper To Become Extinct

The Greek meadow viper is a cold weather species found on alpine mountains.

Researchers with the Centre for Ecological Research, Hungarian Academy of Sciences have been studying the Greek meadow viper (Vipera graeca) on Tymfi Mountain in Greece and have concluded that the venomous snake, a cold weather species, may become extinct by the end of the 2080s due to a changing climate. 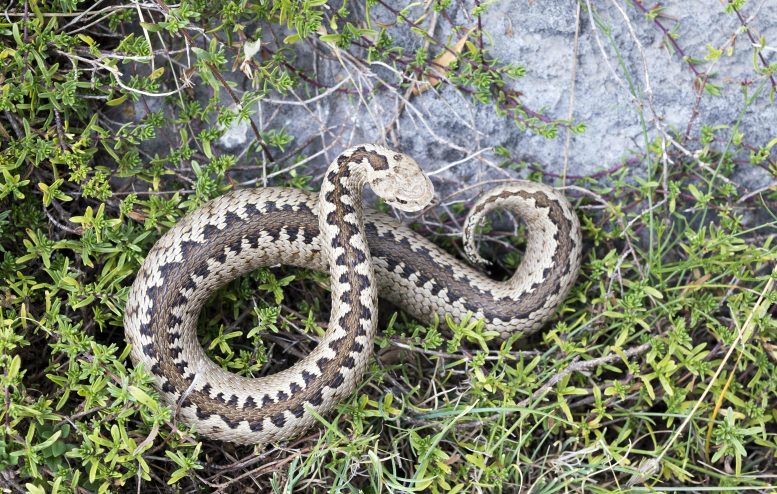 The Greek meadow viper is a cold weather species found on alpine mountains.

Their study, "Determining priority areas for an Endangered cold-adapted snake on warming mountaintops," which is published in the journal Oryx, cite climate change and the aridification caused by climate change as the principle threat to the snake's survival.

According to the study, rising temperatures have already caused a change during the summer hours of 10 a.m. and 4 p.m. During that time period, it has become too hot for the viper, which has a negative effect on how the reptile looks for food, feeds, and reproduces. The predictions suggest temperatures will continue to rise through the next 100 years.

Other reasons that may contribute to the snake's demise include over grazing and habitat destruction, which may result in a decrease in crickets and grasshoppers, the snake's natural prey. They are also killed by shepherds because the snakes occasionally bite and kill sheep.

“There are at least three significant direct and indirect effects of climate change, not only for the viper," Edvárd Mizsei lead author of the study told Cambridge University Press.

“First, changes in temperature directly influence the choices of reptiles to keep their body temperatures in the optimal range. Second, changes in climate affect the whole community, and may lead to poor habitat conditions or food availability. Third, the increasing use and pressure by humans leading to habitat destruction and fragmentation. The synergistic effects of these and other factors are already measurable and increasing with time.”

Mizsei and his team suggest improving the quality of the viper's habitat, reducing interactions with humans by educating the local people and continue monitoring the populations of the species.

The Greek meadow viper is listed as threatened by the IUCN and is one of the most threatened snakes in Europe. There are currently 17 distinct populations of the reptile within a 500 square kilometer area between Greece and Albany.

The study can be read here.