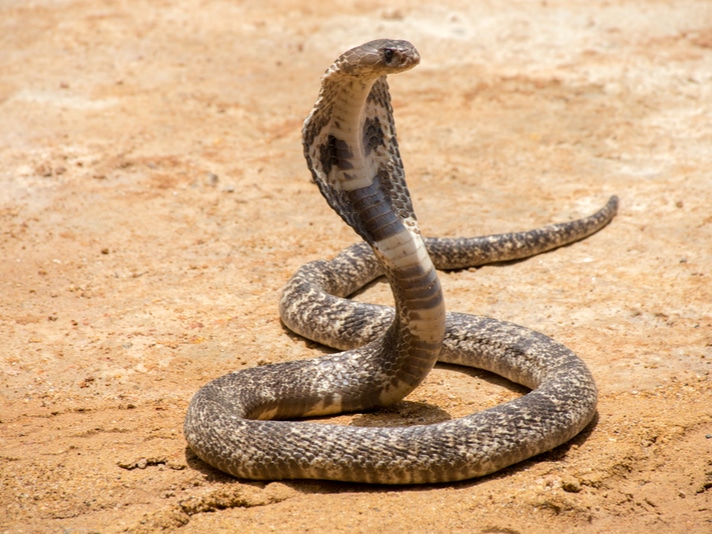 Florida has been marred by venomous snake escapes the last several months.

The state of Florida is looking into tightening the rules for owning venomous reptiles or may possibly ban the keeping of them altogether, according to Florida Fish and Wildlife Conservation Commission Executive Director Nick Wiley, who said as much during a meeting in Panama City Beach in November.

“We have had a couple of escapes of venomous reptiles — of cobras — in the last few months,” Wiley said. “It does make the news, it gets people nervous. I just want you to know that we’re on that. We’re taking a close look at that issue.”

Both owners possessed venomous reptile permits issued by the state. In addition, a 9-foot green anaconda was captured and euthanized by FWC officials after it was spotted in the St. Johns River earlier this month.

5 Facts About the King Cobra

“I think to an average Floridian out there, they’re shaking their heads saying, ‘What are people doing having king cobras?’” Commission Chairman Brian Yablonski told the News Herald. “With freedom comes responsibility, and somehow with the responsibility side the wheels have fallen off a little bit.”

The monocled cobra (Naja kaouthia) is native to South Asia and Southeast Asia. It grows to about 4 to 5 feet in length and feed on small mammals and other snakes.  The monocled cobra's venom is one of the fastest acting snake venoms in the world. Its venom, which has different potency depending on where the snake is found, can cause death within an hour of envenomation. The neurotoxins in its venom leads to drowsiness, neurological problems and muscle issues.

The king cobra (Ophiophagus hannah) is the largest venomous snake, capable of attaining lengths of 12-14 feet with the largest specimen going more than 16 feet. They are native to southern and Southeast Asia as well as Indonesia and the Philippine islands. They primarily eat other snakes and live in open woods and pasturelands close to water.