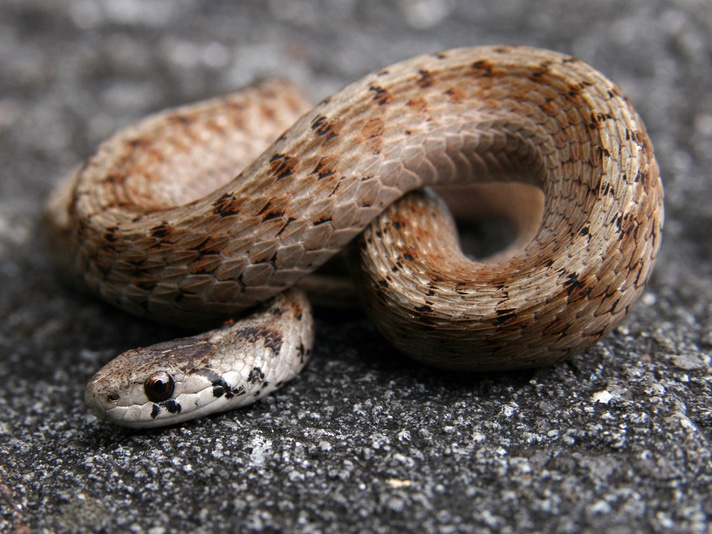 Brown Snake In Montreal, Canada Get Help From Herpetologists

Herpetologists at the Ecomuseum Zoo are doing what they can to protect the species.

A construction boom in Montreal, Canada, while good for the local economy, is not so good for the brown snake (Storeria dekayi), a small colubrid snake that can only be found in the Greater Montreal area of Canada and in Ontario. 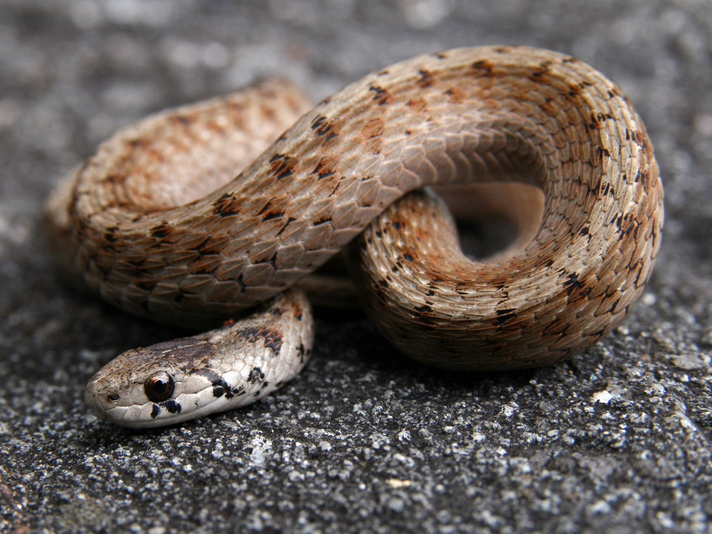 Brown snakes, found only in two locations in Canada, can also be found in the United States.

"Scientists can't find the reason," biologist Pierre-Alexandre Bourgeois told CBC News Canada as to why the reptile is only found in one locality in the province. "The other populations are found in Ontario, Vermont, and New York state. But in between, there are no brown snakes."

For the past two years, Bourgeois and his team of herpetologists at the Ecomuseum Zoo in Sainte-Anne-de-Bellevue, Quebec have been working to extend and enhance the brown snake’s habitat in the face of development.

"We protect the forests first, and of course the wetlands," he said. "But open areas are the ones we tend to destroy more rapidly, and right now there's a very rapid decline."

The brown snake, also known as the De Kay’s snake, is a small snake that reaches around 25 to 35 centimeters in length. It feeds primarily on slugs, snails and earthworms, and lives in areas with long grass in open fields. These fields though are the easiest to develop, which poses a challenge for the reptile.

Bourgeois and his team are using a grant from Hydro-Quebec's environmental foundation, installing underground hibernation sites in three parks in Montreal to help the snakes and are also adding rocks where the snakes can hide from predators and bask in the sun.

In the meantime, the government in Quebec is determining whether the brown snake warrants endangered species protections. Though the populations are unknown, some biologists believe the little snake is already endangered, according to CBC News Canada.

While it is not a very popular snake, it does serve a purpose, and would do great in areas that have lots of snails and other garden pests.

"Brown snakes are brown, it's not the most charismatic colour,'' he told  CBC News Canada.  "But if you look closely, it's a very beautiful and useful species.''

Hopefully the little snake can survive the onslaught of development in the only known location they can be found in Canada.

Loading...
Newer Post
Scared Of A Snake, Man Tries To Shoot It But Hits Mother-In-Law Instead
Older Post
Herp Queries: Why Doesn’t My Spiny Softshell Turtle Have Spines?
Advertisement