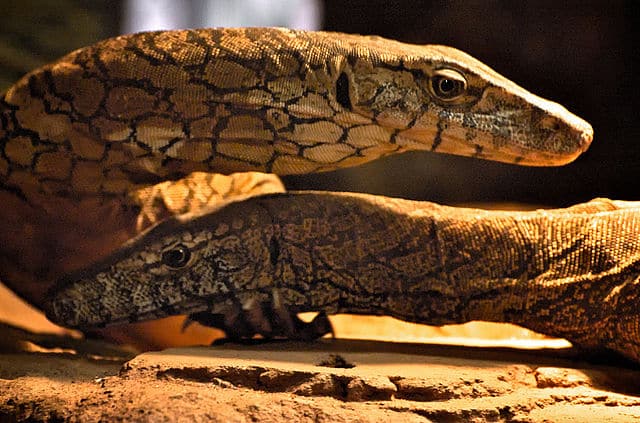 Perentie monitor lizards are the fourth largest Varanus lizard in the world and are known for their beautiful skin pattern.

Two men in Japan face changes of smuggling perentie monitor lizards (Varanus giganteus) into Japan and then selling them for 6 million ($55,000) and 3.8 million yen. 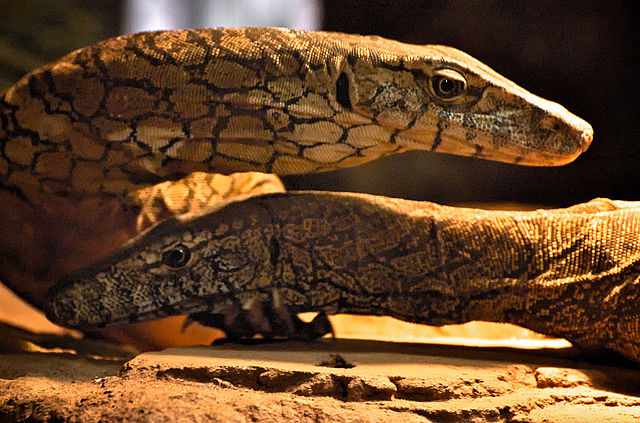 Perentie monitor lizards are the fourth largest Varanus lizard in the world and are known for their beautiful skin pattern.

According to Kyodo News, the two men, from Atsugi, Kanagawa Prefecture face conspiracy charges stemming from the 2017 illegal importation of the reptiles into the country, and face conspiracy to evade commercial import regulations on the species. One of the reptiles allegedly was placed on a plane in Hong Kong and sent to Narita airport. The two suspects apparently filed false paperwork, claiming the reptiles were a different species that are not subject to restrictions.

The perentie monitor lizard is the largest monitor in Australia and is known for its beautifully patterned skin. It is the fourth largest living lizard and is rarely seen in Australia due to the remoteness of its habitat in Australia, and its shy demeanor. They eat a variety of prey, including insects, lizards, fish, birds, and small rodents such as rats and rabbits. They are known to reach up to 8 feet in length and weigh between 33 and 44lbs.