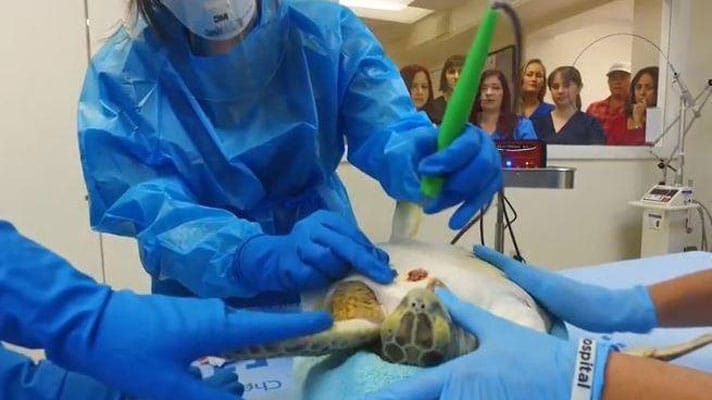 The Turtle Hospital in Marathon, Fla. and veterinarians with the University of Florida have successfully performed electrochemotherapy on a pair of ju

Snake Bite DNA Test May Lead To Faster Treatment
Minot, North Dakota Votes To Allow Keeping Of Corn Snakes, And Other Small Constricting Snakes As Pets
Man Gets 5 Months In Prison For Smuggling Juvenile King Cobras Into The U.S.

The Turtle Hospital in Marathon, Fla. and veterinarians with the University of Florida have successfully performed electrochemotherapy on a pair of juvenile green sea turtles (Chelonia mydas) that are suffering from fibropapillomatosis, a chronic, herpes-like virus that create large masses that form in areas such as the sea turtle's eyes, joints and mouth that can impair function and often leads to death. 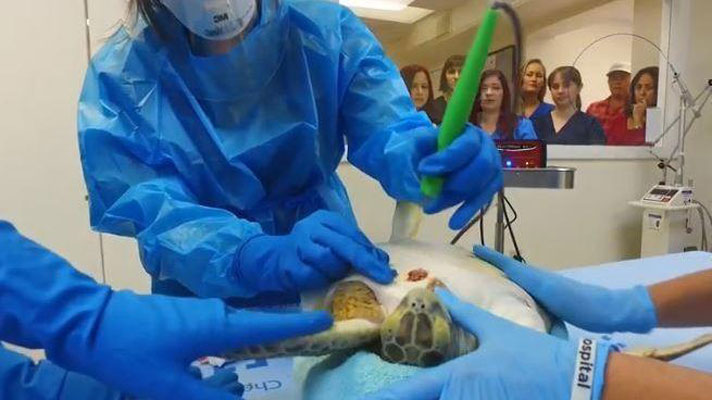 Electrochemotherapy delivers an electrical pulse that opens cells within a tumor and enables the veterinarians to inject chemotherapy medicines directly into the tumor site.

The turtles, named Percy and Daley received the second of two treatments early this year that was spearheaded by Kyle Donnelly, D.V.M., a second-year zoological medicine resident at the UF College of Veterinary Medicine. According to a statement released by the university, Donnelly conceived the project and worked to make it happen over the course of a year.

“The results we are seeing seem promising so far,” Donnelly said.

According to Donnelly, electrochemotherapy delivers an electrical pulse that opens cells within a tumor and enables the veterinarians to inject chemotherapy medicines directly into the tumor site. This obviates the need for invasive surgery that involves cutting of tissue.

“Surgery is the treatment of choice for these tumors, but that can be challenging,” Donnelly said. “When you remove all of that tissue, there remains a wound that sometimes can’t be closed and creates other challenges to manage. Electrochemotherapy is less invasive, as it allows the tumor to be killed from within without damage to the nearby tissue.”

The Turtle Hospital provided funding for the electrochemotherapy while the University of Florida helped get the expertise needed, including that of Joseph Impellizeri, D.V.M., a private practice veterinary oncology specialist from New York who has expertise in electrochemotherapy with other animal species, and Anna Szivek, D.V.M., an assistant clinical professor and veterinary oncology specialist at the University of Florida.

“Treating these turtles was only possible because of all the awesome collaboration I’ve been lucky to get,” Donnelly said in a statement released by the university. “Everyone wants to save the sea turtles.”