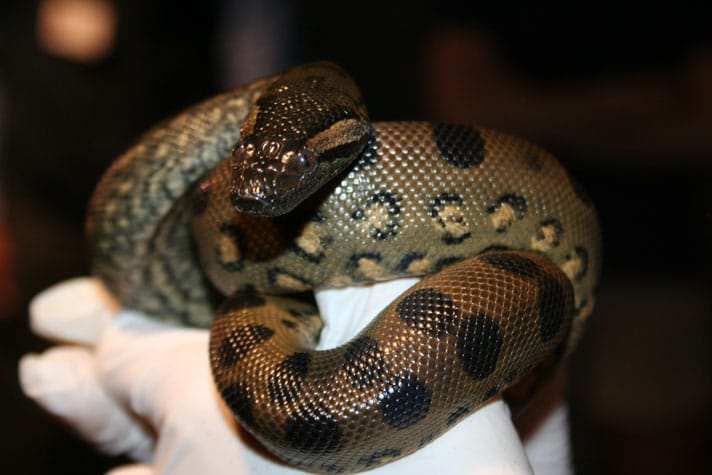 Parthenogenesis occurs when a female gives birth without having been impregnated by a male. 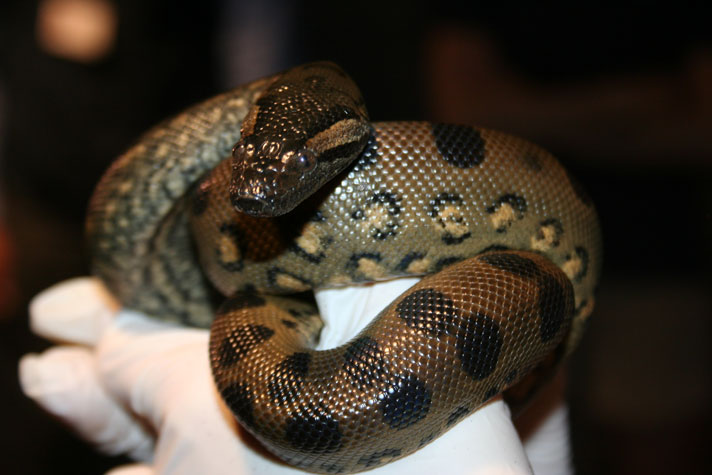 One of two green anaconda born at the New England Aquarium via parthenogenesis.

The snakes were discovered by aquarium staff this last winter. The mother of these offspring, Anna, a 10-foot long adult, gave birth to more offspring. Those were stillbron, which apparently is common when they are conceived via parthenogenesis. A third baby snake later died. The two surviving anaconda are also genetic copies, or clones of their mother.

The two babies are not yet on display and are still being cared for behind the scenes, according to a press release put out by the aquarium.

Green anacondas are large, heavy-bodied snakes that can grow to about 15 feet give or take a few feet. This snake is probably the most widely mythologized of the large constrictors due in part to old television shows and movies that depicted them as massive, monstrous reptiles that devour anything that moves. They have been reported to be, erroneously, the largest snakes in the world. They aren’t. In the Americas, they are, unless you count the invasive Burmese pythons of the Florida Everglades.