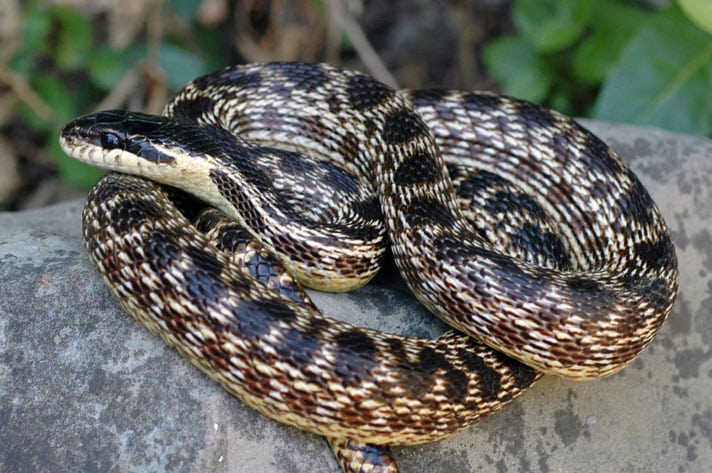 The blotched rat snake is a large-bodied snake of the genus Elaphe.

Researchers have discovered a new species of rat snake that has a range that includes, Azerbaijan, Armenia, Georgia, Iraq, Iran, Russia and Turkey. The snake, called the blotched rat snake (Elaphe urartica sp. nov) is the result of two different snake (Elaphe quatuorlineata  and E. sauromates) species intermingling and creating a new species, the researchers write in their paper describing the new species. 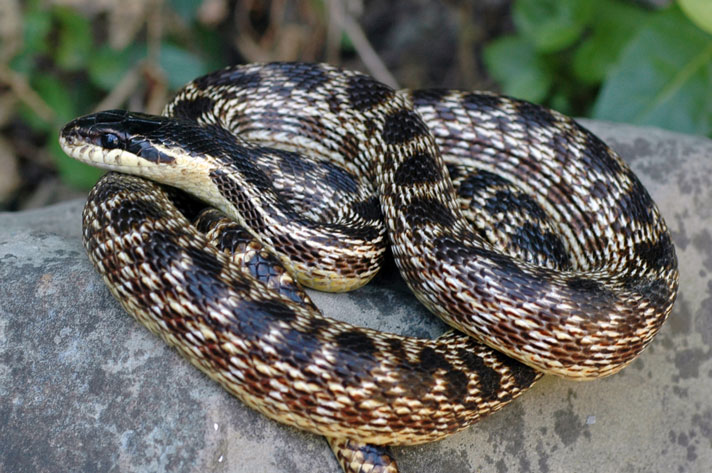 The blotched rat snake is a large-bodied snake of the genus Elaphe.

The snake is large bodied and is rarely encountered in the wild. The researchers looked at existing DNA evidence (blood samples, ventral scales, and saliva from living specimens) and compared it with the new species and found that there is enough cryptic diversity within the snake to classify it as a new snake species of the genus Elaphe. The scientific name of the new species Elaphe urartica sp. nov.

Snakes of the genus Elaphe, and especially rat snakes of the Americas are some of the most popular snakes in reptile keeping. Rat snakes are found throughout much of the eastern United States to Texas and as far north as Wisconsin. In addition to eating rats, they do consume bird eggs, small mammals, lizards, and even other snakes.

The complete study, "The biogeography of Elaphe sauromates (Pallas, 1814), with a description of a new rat snake species" can be read on the PeerJ website.