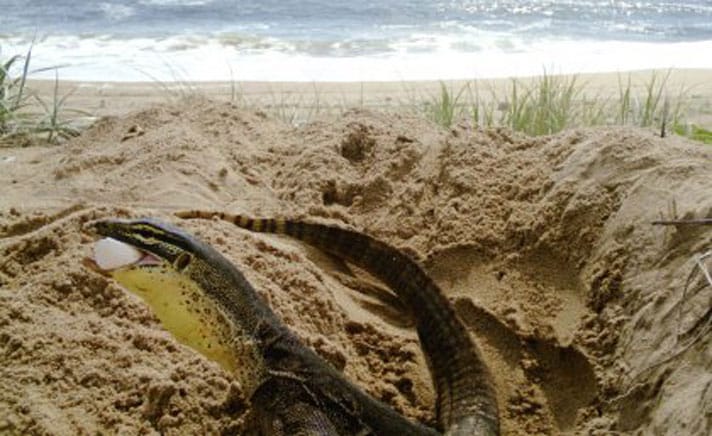 The Argus monitor (Varanus panoptes horni) in Australia have an appetite for loggerhead turtle (Caretta caretta) eggs and the big reptiles, called goannas Down Under, have overtaken foxes as the predominant raider of the sea turtle’s eggs.

The lizards, which are a protected species, have such a love for the eggs that a study by University of Queensland researcher David Booth found that up to 400 loggerhead nests are disturbed each year, further reducing the chances that the turtles, with the odds already stacked against them, make it even to the hatchling stage. 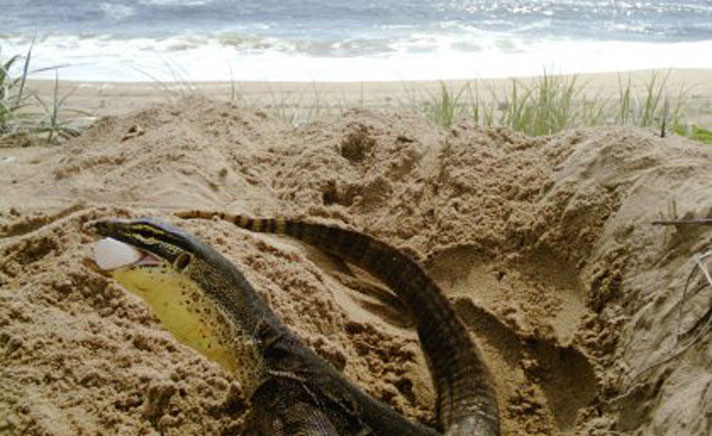 "Once they get a taste for the turtles — the eggs in particular — they dig the nests and there's not much we can do about the goannas, because they're a protected species," Nev McLachlan, a Turtle Care volunteer told ABC News Australia.

Researchers, intrigued by an experiment involving quolls, a carnivorous marsupial that has been devastated due to the effects of eating poisonous cane toads (Rhinella marina), have conducted an experiment of there own involving the invasive amphibians. Over time, the monitor lizards have learned not to eat the cane toads, so the researchers are using road-killed cane toads in an effort to deter the lizards from raiding loggerhead nests, and it seems to be working.

An Owner's Guide To The Argus Monitor

"[They] put some toads on top of the turtle nests and found the goannas were avoiding them, so we did an experiment with it ourselves," McLachlan said.

"We found some cane toads that were squashed on the track by four-wheel-drives and put them on the nests around areas where goannas were digging up lots, and we found they were avoiding those nests."

While the experiment seems to be working, there isn’t enough money to do a detailed study on what in the cane toad deters the goanna.

"It could be a long-term project to have a look at what the active avoidance mechanism is," Booth told ABC News Australia. 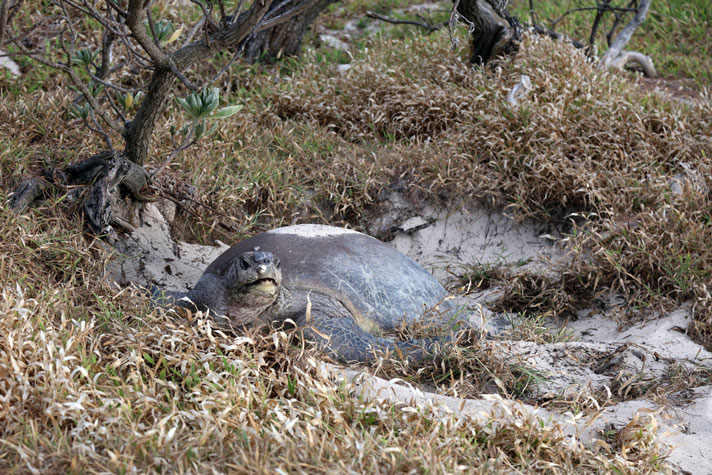 "It could be some kind of [chemical] that's produced by the skin secretions that the goannas smell and avoid. If you were to find that's what could happen, you could manufacture that [chemical] artificially, put it in a solution and spray it over a nest every couple of days, and presumably the goannas would stay away."

"Until we can find a humane way of killing lots of cane toads so we can do some experiments on them, at the moment we're just using road kill,” McLachlan said.

"If we had some sort of deterrent that was maybe in a spray bottle or a pellet that we could throw on or spray onto a nest when it's laid, that would certainly make our job a whole lot better.”