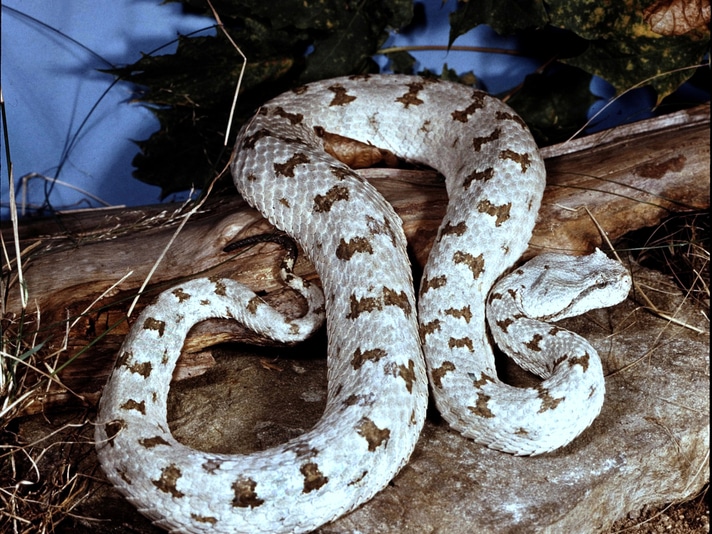 Video shows viper luring a bird to its death.

Escaped Asian Water Monitor Captured After 3 Months On The Lam
Reptile Tracks: Can You Tell What Species Made Them?
Bindi Irwin Shares Video With Her Late Dad On Father’s Day

The spider-tailed horned viper (Pseudocerastes urarachnoides) is unique among snakes in that it has a tail that mimics a spider to attract its prey, primarily birds.

The snake was first discovered in the 1960s but then fell off the radar until it was rediscovered in 2006. The viper is native to Iran. The coloration of the reptile depends the locality in which it is found, but generally they have grayish-brown. It grows to about 531mm in length with a 55mm tail. When the species seas described in 2006, the scientists who described the reptile speculated that the appendage at the end of the tail served as a caudal lure. This has since been verified via observation, and via video.

The spider-tailed horned viper has a unique way to capture its prey. It uses its tail to lure its prey closer so it can go in for the kill. It is extremely well camouflaged to look like the rocks in which it inhabits.