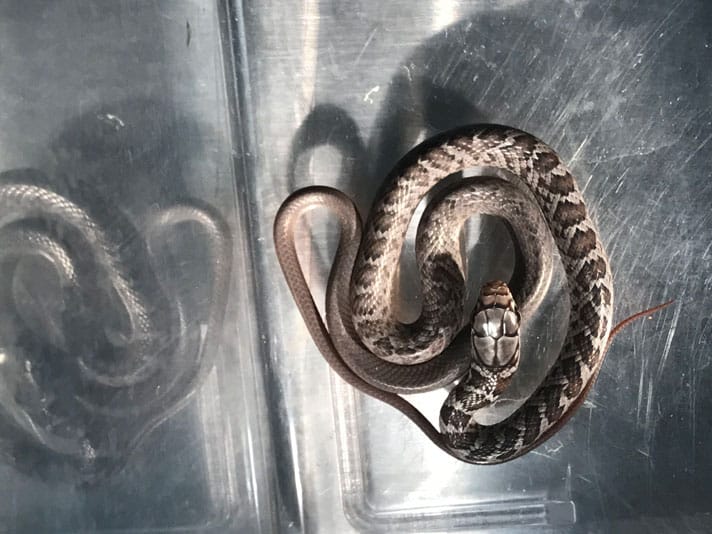 Snake Stowaway Lands In Hawaii Where Snakes Are Illegal

The hatchling snake was confirmed to be a southern black racer (Coluber constrictor priapus).

A southern black racer (Coluber constrictor priapus) somehow found its way into a Virginia man's backpack before that man hopped on a plane to Hawaii, where there are no native snakes. 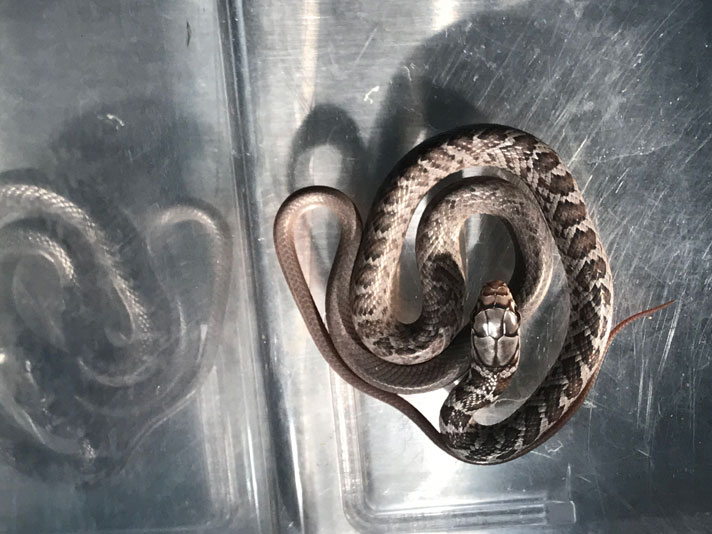 The hatchling snake was confirmed to be a southern black racer (Coluber constrictor priapus).

The tourist who inadvertently brought the reptile was informed by the owner of the vacation rental that snakes are illegal in Hawaii, and the police were called.

The hatchling snake, which measured about a foot in length, was picked up by Maui Police and Dr. Fern Duvall, of the Department of Land and Natural Resources Native Ecosystem Protection Management – Maui Nui program. The reptile was sent to the Hawaii Department of Agriculture on Maui where it will stay until it is sent to Honolulu.

Quarantine inspectors interviewed the visitor and determined that the snake was a stowaway.

“It is fortunate that the owner of the rental was aware of the seriousness of the snake being transported to Hawaii and took appropriate action and reported it,” Phyllis Shimabukuro-Geiser, chairperson of the Hawaii Board of Agriculture said in a statement released to the media. “Visitors to our islands may not fully understand the threat that snakes pose to our community and our unique environment. It takes all of us to protect Hawaii.”

The possession and transportation of snakes is illegal in Hawaii and is a class c felony, but that hasn't stopped some folks from bringing them in as pets. The state has an amnesty program that enables anyone in possession of snakes, large lizards and other species that are illegal to own in the state, to turn them into any Hawaiian Department of Agriculture (HDOA) office, the Honolulu Zoo, Panaewa Zoo in Hilo or any Humane Society. Those convicted of possessing or transporting illegal animals are subject to a $200,000 fine and up to three years in prison.