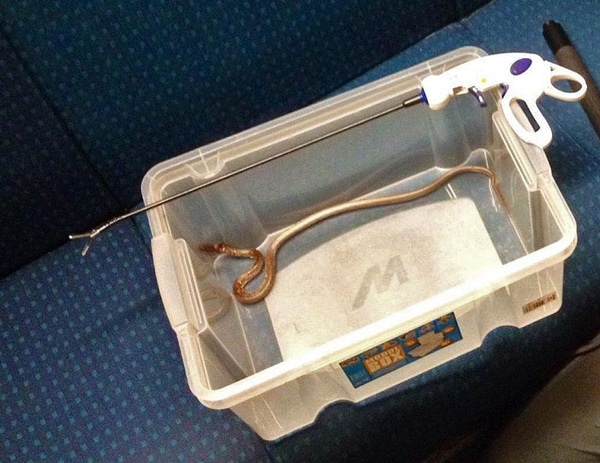 Snake on a Swiss Train Causes Passengers to Disembark

A little snake wreaked a bit of human chaos on a passenger train in Switzerland, causing the evacuation of 450 passengers during morning rush hour, as Swiss police tried to capture it. According to the AFP, passengers boarding the train first spotted the 19.5 inch snake, and not knowing if the species was venomous, the train conductor called the police. All passengers were then ordered to disembark. 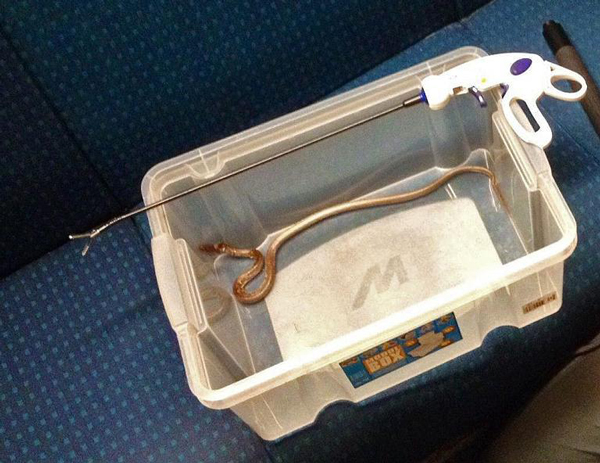 The non-venomous snake was captured on a Swiss train in Bern.

It took some time, but the snake was eventually captured in a ventilation shaft. It was then determined that the snake was a non-venomous grass or garter snake that police believed someone brought onto the train, according to Donatella Del Vecchio, spokeswoman for the SBB national rail company.

Switzerland is home to a variety of reptiles and amphibians, including venomous and non-venomous snakes. The garter snake (Thamnophis Sp.) is not native to the country. The closest snake to a garter snake in Switzerland is the grass snake (Natrix natrix), which has a similar diet to the garter snake and also frequents areas with bodies of water. Its preferred prey are amphibians, are dark green or brown in coloration and average less than 4 feet in length.

Garter snakes are small colubrid snakes that are native to North and Central America and is the only snake species found in Alaska. In the wild, garter snakes feed on slugs, earthworms, amphibians, crickets and other small invertebrates.