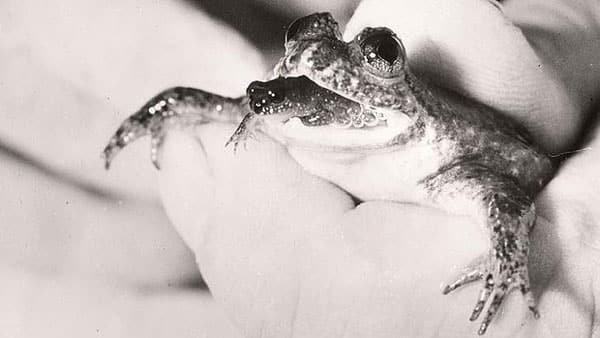 The Kuranda treefrog has been upgraded to endangered from near-threatened.

The Australian government has officially declared three frog species extinct in the wild after extensive herping expeditions failed to find any sign of them over the last 25 years. The government declared the  southern gastric brooding frog (Rheobatrachus silus), sharp-snouted torrent frog (Taudactylus acutirostris), and Mt Glorious torrent frog (Taudactylus diurnus) extinct in the wild. A fourth frog, the Kuranda treefrog (Litoria myola) has been moved from near-threatened to endangered, with an estimate of just 1,000 of the frogs left in the wild. The Kuranda treefrog is a rainforest frog that inhabits slow moving and permanent streams near the Barron River in Queensland.

Officials tried to breed the sharp-snouted day frog (Taudactylus acutirostris) and prevent its extinction by securing the last remaining wild tadpoles for captivity. A number of tadpoles were gathered and sent to two zoos and two universities. Unfortunately, this proved to be too little too late. The last of this frog species died in captivity in 1995 from the same disease that undoubtedly helped to cause their extinction in the wild: chytridiomycosis, caused by the deadly chytrid fungus (Batrachochytrium dendrobatidis).