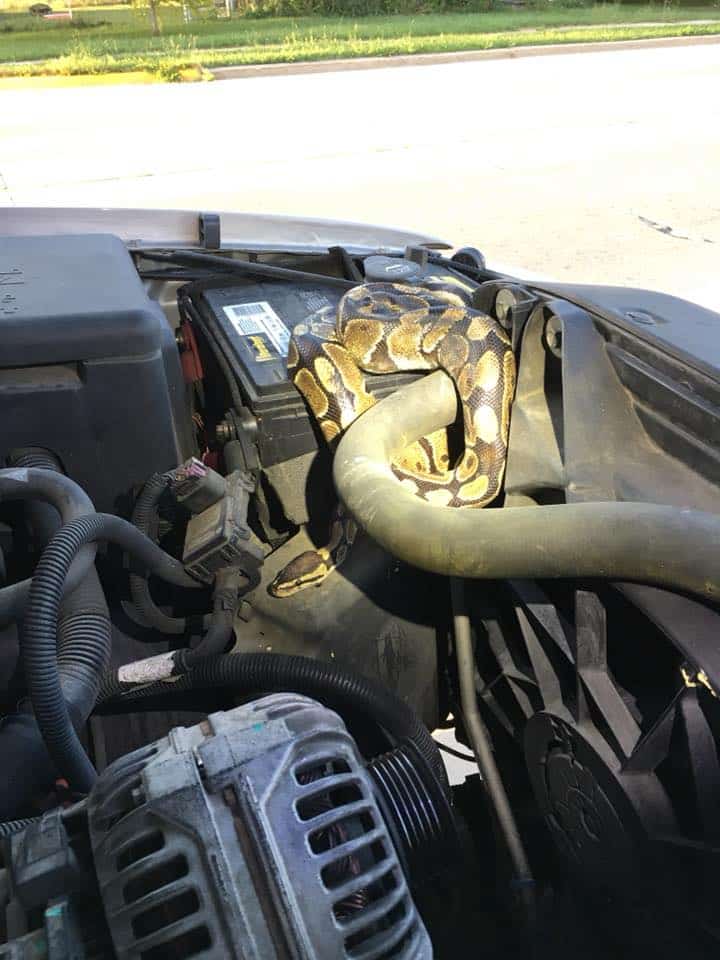 A ball python managed to get itself wrapped up in the engine compartment of a car in Wisconsin. Police called a snake handler to help safely remove the reptile.

Police in Wisconsin responded to what surely must have been a strange call for them; a ball python (Python regius) wrapped up under the hood of a car.

You just never know what will happen on patrol in Omro. On Wednesday at 6:50 PM we were called to a motorist assist. The…

Last week, the Omro Police Department in Omro, WI received a call from a woman who told them her car was not running right, and when she opened the hood, she found a snake wrapped around some parts of the engine. When police arrived, they attempted to extricate the reptile from the engine compartment, to no avail. So they contacted Steve Keller of Steve Keller’s Traveling Snake Show. Keller drove to Omro from Menasha and was able to help safely remove the reptile.

“We are happy to report the rescued snake’s family has been found and he is going home,” Keller wrote on his Facebook page.

“The release was ACCIDENTAL when they were playing with him. The owner and his children are very thankful he was found, Keller said. 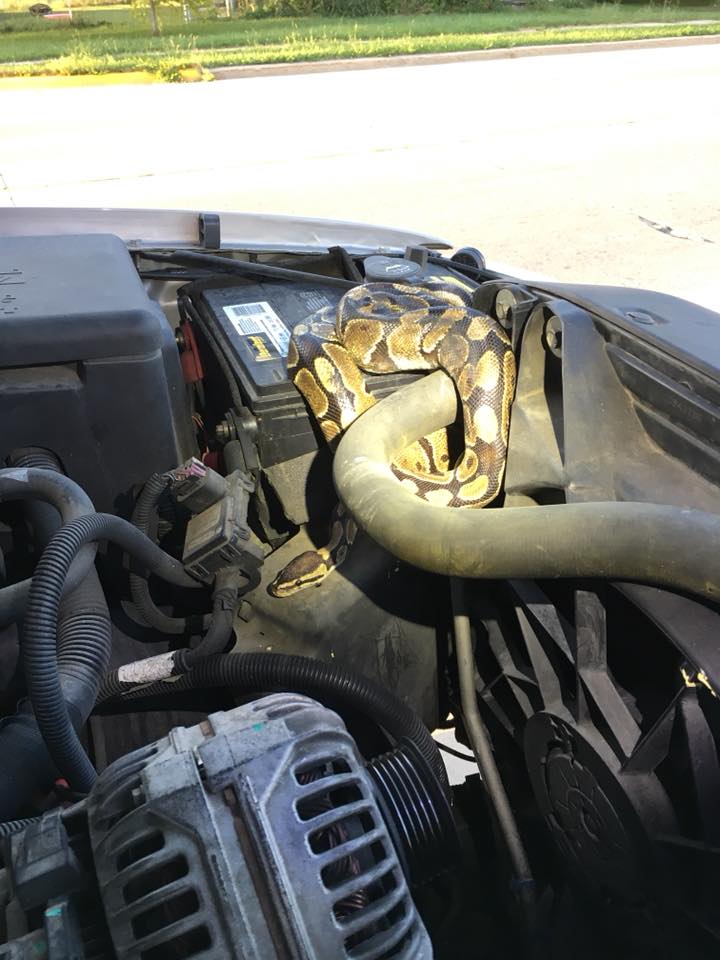 This ball python managed to get itself wrapped up in the engine compartment of a car in Wisconsin. Police called a snake handler to help safely remove the reptile.

Fox 11 News however, reports that the owner of the reptile was fined $313 for having an illegal animal in the city. Police were apparently able to identify the owner via social media. Fox 11 reports that the snake was missing for a month and a half. The snake is in the possession of Keller, according to the news report. Not sure if the Fox 11 News report is #fakenews or not. We are waiting for a reply from Steve Keller’s Traveling Snake Show to determine where exactly the reptile is.

The reason the car wasn’t running right? It turns out the serpentine belt on the vehicle came off the pulleys.