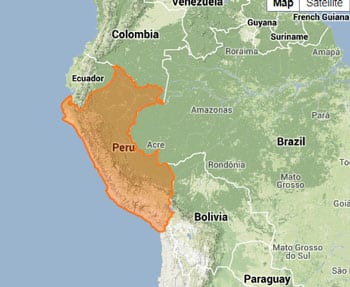 A snake expert from Tyler, Tex. has pleaded guilty in federal court to smuggling seven snakes from Peru into the United States. According to a news report on 5 NBC News Dallas/Fort Worth, William Lamar, 63, boarded a plane in Peru destined for the United States with the snakes in plastic cups that were attached to his jacket. Five of the snakes were venomous, including three Bothrops barnetti and two Bothrops pictus. The other two snakes were a Fitzinger's False Coral Snake (Oxyrhopus fitzingeri) and Pseudalsophis elegans, a snake of the Colubridae family. None of the snakes are on the IUCN Red List as endangered or threatened. Pseudalsophis elegans is on the list as a snake of least concern.

Lamar was stopped by a TSA agent in Miami as he attempted to board a commuter plane to Texas.

Lamar is a part owner of Green Tracks, a Colorado-based ecotourism company and has been an adjunct professor and conducts research on reptiles and amphibians at the University of Texas at Tyler. He is also the co-author of three books on snakes and reptiles, The Venomous Reptiles of the Western Hemisphere, The Venomous Reptiles of Latin America, and The World's Most Spectacular Reptiles & Amphibians.

Lamar apparently stated in an Eastern District of Texas courtroom that he knew he was in violation of the law for knowingly transporting the snakes without proper authorization. Lamar could face up to five years in prison when he is sentenced, according to the U.S. Attorney's office.