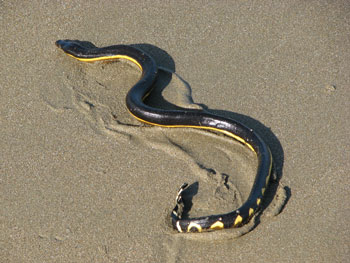 Waterway would open up the potential for non native species entering Lake Nicaragua as well.

The arrival of the sea snake and other organisms into Lake Nicaragua and into the Caribbean could have potentially detrimental effects to their respective ecosystems, according to scientists.

"Like any invasive species, it is often difficult to predict the impact,” John Murphy, herpetologist and research associate at the Field Museum of Natural History in Chicago told Discovery News. "But, the freshwater fish of the lake would be naïve to the snakes and some could be extirpated.”

Murphy told Discovery News that although Pelamis platura could survive in the lake, the snake has a slow reproduction rate (one to three offspring in a clutch at a time), which would limit its capability to dominate the lake. A seemingly larger concern would be a potential pathway for the snake to the Caribbean Sea, which has no native sea snakes.

The canal would also bring sea water into the lake that could then change its pH and temperature, possibly disrupting the flora and fauna that reside in the lake, and the water coming out of the lake and into the Caribbean Sea could have a negative effect on Nicaragua's coastal mangroves forests, an area in which Hawksbill sea turtles live and forage.

How the canal is designed would ultimately determine if the yellow bellied sea snake and other potentially invasive organisms could make their way into the lake and the Caribbean Sea, William Lewis, director of the Center for Limnology (the study of lakes) at the University of Colorado told Discovery News. Lewis said any changes to one part of a lake changes other parts of the lake. He also said that engineers could build countermeasures into the canal's design to prevent invasive species from using the canal as a gateway, or the design could be the focus of cost reductions, which could lead to unwanted effects, such as an invasion of sea snakes and other species. Nicaragua's National Assembly voted to approve a bill that grants the Hong Kong based company, Hong Kong Nicaragua Canal Development Investment Co. a 50 year concession to build the canal, which includes another 50 year extension once the canal is operational and open for business. 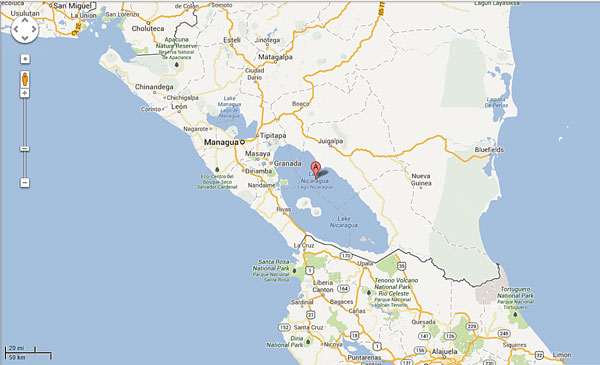