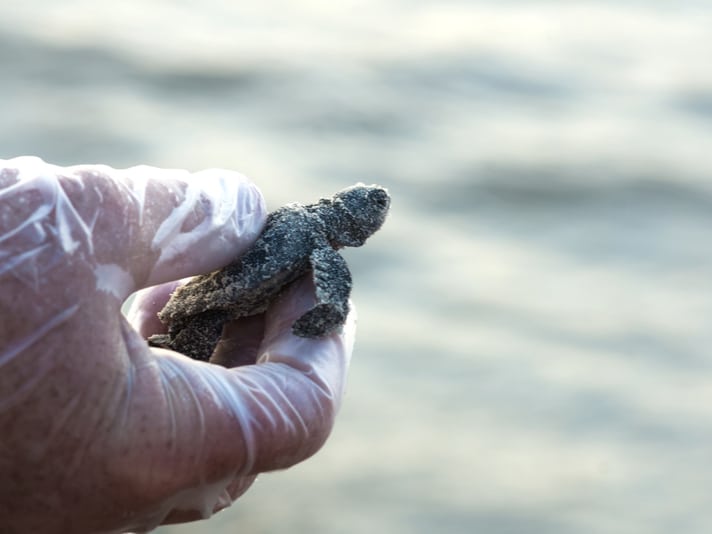 Champ survived an attack when it was just an inch square.

A Kemp’s ridley sea turtle (Lepidochelys kempii), which was found cold-stunned in September 2017 and taken in by the Texas State Aquarium is doing much better, even though the reptile has just three flippers.

If Champ didn't give up, neither should you! This Kemp's ridley sea turtle, currently in the next phase of its physical…

Seamus McAfee, a spokesman for the aquarium, told the San Antonio Express-News that Champ was found with a missing front flipper and bite marks on its left rear flipper, indicating that Champ survived an attack.

Champ was just one-inch square and weighed 0.15 pounds when it was found, cold-stunned, last year. Ten months later, according to the San Antonio Express-News, Champ is eating very well and can move about in the aquarium’s Caribbean Journey Coral Reef exhibit. 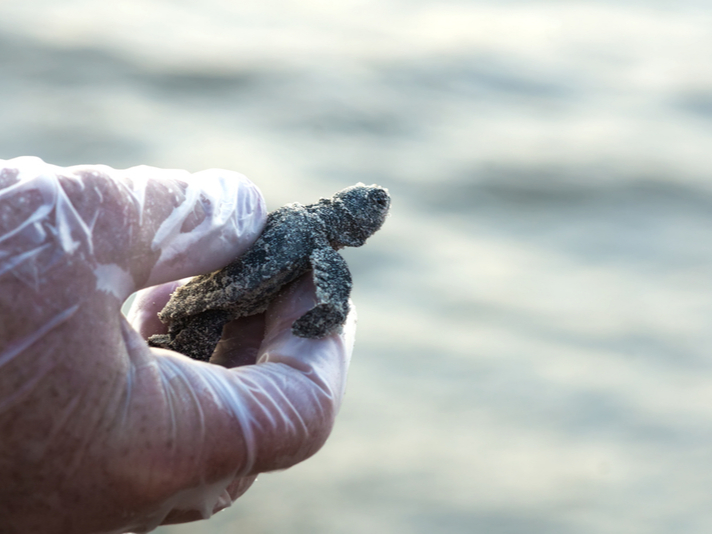 “Champ has grown to be more than 20 times its original size and has recovered the ability to swim and eat,” McAfee said. Champ now weighs three pounds and measures nine inches, a far cry from the one-inch square size of just 10 months ago.

Champ still though doesn’t have the skills to dive, which is essential for its survival in the wild. The reef exhibit is deeper water and officials hope Champ will learn to dive in the deeper exhibit.

“It will probably take at least a year and could be longer, though we hope it doesn’t take too long,” Hazel Manjarris, the aquarium’s curator of fish and herpetology told the San Antonio Express-News.

Aquarium officials said a veterinarian will determine when Champ can be released, and prior to release, Champ will spend time in a different part of the aquarium where there will be minimal human interaction. Let's hope Champ fully recovers and makes its way back into the ocean.

Kemp’s ridley sea turtles are the rarest sea turtles and are critically endangered. It is a small turtle, averaging about 25 to 30 inches in length and around 100 lbs. It lives mostly in the Gulf of Mexico and the Atlantic in warm waters.