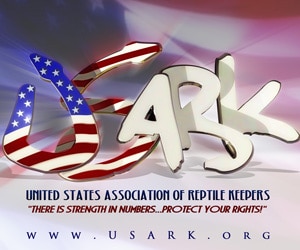 Being the party that appealed USARK’s preliminary injunction, the United States Fish and Wildlife Service (“FWS”) carries the burden

Being the party that appealed USARK’s preliminary injunction, the United States Fish and Wildlife Service (“FWS”) carries the burden of proof at the United States Court of Appeals. Accordingly, FWS was required to present its case first during the oral argument on April 1, 2016 before a three judge panel. FWS is required to prove that the US District Court Judge made an error in his written decision granting USARK a preliminary injunction.

Within approximately 30 seconds, Judge Tatel interrupted the oral presentation of counsel for FWS. The judge reminded counsel that the primary rule of statutory interpretation is to read the actual words in the statute. If the meaning of those words is not ambiguous, then no further legal analysis is necessary.

The focus of the judge’s questions was clearly on the words of the Lacey Act injurious species provision. At least two of the judges seemed unconvinced that you can read the statute to prohibit interstate transportation.  If that’s their conclusion, then the following arguments of FWS become irrelevant: legislative history, ratification by implication and deference to a government agency interpretation pursuant to the Supreme Court’s decision in the Chevron case. It is important to note that the US District Court judge considered all three of these arguments and rejected them.

Here’s the actual language of the statute: ”any shipment between the continental United States, the District of Columbia, Hawaii, the Commonwealth of Puerto Rico, or any possession of the United States, of [an injurious species] is hereby prohibited.”

In the 1970s, FWS interpreted “continental United States” as the geographic area containing the 49 states on the mainland of the North American continent. USARK agrees with this interpretation. Thus, for example, FWS can prohibit transportation from Hawaii to Colorado, or from Texas to Puerto Rico. Washington, DC was explicitly mentioned as being prohibited for transportation by Congress because at that time, DC could not make its own laws. Hawaii was specifically mentioned because Congress was specifically trying to stop the transportation of the mongooses then in Hawaii to the other 49 states. Hopefully, this background information will help you follow the oral arguments regarding the language of the statute. [Note that the judges suggested that if Congress wanted to prohibit transportation between the 49 continental states, they might have at least included the following capitalized words in the statute: any shipment between ANY OF the continental United States.]

The arguments regarding the legislative history, etc. can become even more difficult to follow for several reasons. First, the Lacey Act was enacted in 1900, so it has a long legislative history. Second, the language of the Lacey Act was substantially revised in 1960 to essentially what you see in the quote above. Suffice it to say that we do not believe that the additional arguments, even if considered by the Court of Appeals, will help FWS any more than those arguments helped FWS when they made them before the District Court judge. The fact that the judges focused so much time on the plain language of the statute suggests that their written decision may rest on such language.

An audio recording of the hearing can be found at www.cadc.uscourts.gov/recordings/recordings.nsf.

What’s next: There is no timeline for the Court of Appeals to make a ruling. It may be months before we receive an answer so now it’s a waiting game again. We could get an answer any time from next week to several months from now. Then, we pick up with the continuation of the lawsuit. However, while the Court of Appeals is deciding, the current status for shipping reticulated pythons and green anacondas remains in effect. Get those details at www.usark.org/2015-blog/7182/.

Currently, the Court is only going to decide if we get to keep our awarded injunctive relief and can continue shipping reticulated pythons and green anacondas until the court makes a final ruling on the lawsuit. This is kind of like a halftime show while the football game is stopped. After we get a decision on the appeal (halftime), the third quarter starts (lawsuit).

A final ruling on the lawsuit, not the injunction, decides the fate on shipment of the other constrictor snake species listed as injurious. Due to the crafting of the injunction, there is no valid reason to overturn it. If a ruling is made upon facts and sound reasoning, the injunctive relief rightfully awarded to the Reptile Nation will continue. Thank you for your continued support while fighting this government overreach.

Learn the history: For more information and FAQs regarding the “Constrictor Rule,” click this link: www.usark.org/2015-blog/7081/

This is an important reminder to all herpers regarding species listed as injurious under the Lacey Act, especially those attending and vending reptile shows across state lines. Keep it legal!

REMEMBER: Species listed as injurious cannot be imported into the U.S. or transported across state lines, according to the current interpretation of the Lacey Act by FWS. Not only does this include nine species of constrictor snakes, but now also includes 201 species of salamanders per the interim rule effective as of January 28, 2016 (see "Salamander Injurious Listing" section below for full details).

USARK and the Reptile Nation await a ruling from the U.S. Court of Appeals regarding the court awarded injunctive relief removing the authority of FWS to prohibit interstate transportation of two species of snakes listed as injurious. Last summer, the Court ruled in favor of USARK, granting our members injunctive relief. FWS has filed an appeal on this decision in an attempt to overturn the preliminary injunction.

NOTE: You also cannot sell a listed species with knowledge there will be a violation as this could lead to accessory or conspiracy charges.

We encourage all show promoters to remind their vendors before each show of these regulations. The information should also be available for all attendees.

A sample responsible buyer agreement verifying that buyers are knowledgeable of all city, county, state and federal laws can be downloaded at www.usark.org/library/sample-responsible-buyer-agreement.

All species listed as injurious are illegal to transport across state lines unless you meet one of the two qualifications below:

1. For reticulated pythons and green anacondas ONLY: Transportation and shipment across state lines are legal if you have received your membership verification letter from USARK. Every time you personally transport these TWO species across state lines, you should have a printed copy of this letter on your person and easily accessible should an FWS agent request to see it.

You can find all the details on this verification letter and court ruling at www.usark.org/2015-blog/7182/. Injunctive relief only applies to those USARK members who were current on or before April 8, 2015. Even with this letter, there may be other prohibitions, such as no shipments into Texas or Florida. See link for full details.

2. Interstate transportation is legal if you have received a permit from FWS allowing movement for bona fide research, education, etc. That permit can be found at www.fws.gov/forms/3-200-42.pdf.

Herp species that are listed as injurious:

As always, part of being a responsible member of the herpetocultural community includes knowing any city, county, state and federal laws applicable to the species you keep or sell. This includes knowing the laws in places you travel to, and through, for shows.