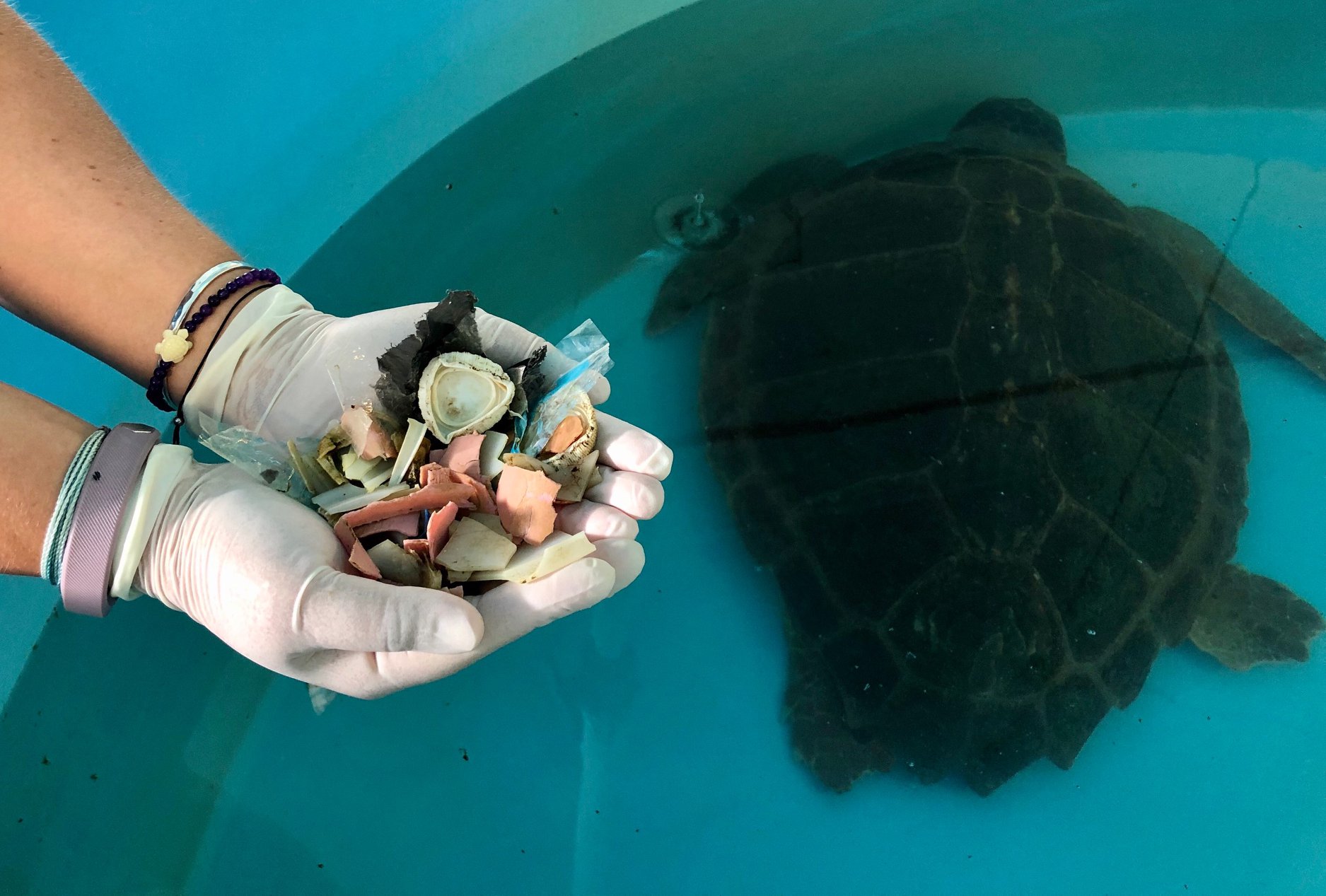 The turtle ingested more than 100 pieces of plastic.

A sea turtle which was brought into the Gumbo Limbo Nature Center in Boca Raton, FL for a fishing hook removal, passed more than 100 pieces of plastic during its rehabilitation at the center, the center wrote in a post on social media.

You can't always judge a book by its cover! This turtle was recovering from a simple hook removal surgery when it began…

The turtle, which the center named Zantanna, was on the mend from the fishing hook removal when she began passing the plastic trash, which included plastic bottle caps, plastic bag fragments, Ziploc bags, and plastic shards from larger plastic items.

“This turtle was likely foraging in open water where floating mats of trash are sadly becoming the norm. We must take a stand by refusing single-use plastics!” the post read.

The February 11 Facebook post generated more than 140 comments and was shared more than 2,000 times. Most folks made a call to eliminate single use plastic and other plastic materials, which of course is easier said than done. The plastic pollution problem in the ocean is so alarming that scientists have dubbed any plastic in the ocean as marine plastic, which is disheartening considering that plastic pollution shouldn't be in the ocean in the first place.

Said GE MD Torres on Facebook: "I really hate the paper straws that are being given out in our city, but I care more about nature and the damage that we've done to it. I hope all one use plastics are one day discarded from our everyday lives. Only in this way can we start to make a difference for our planet." 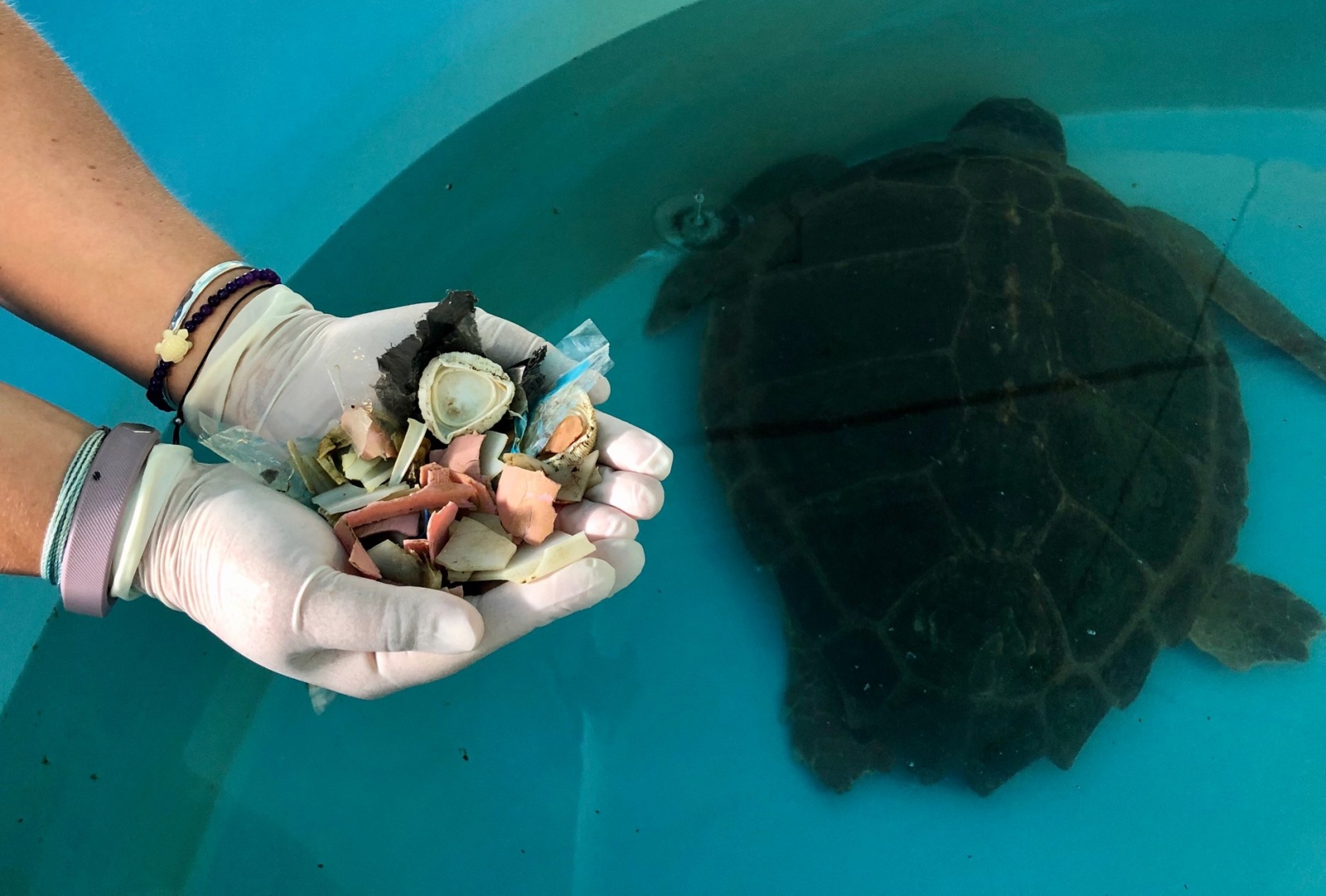 The plastic the sea turtle passed during its rehabilitation.

Said Just One: Litter isn’t the only problem. No matter how much we clean up after ourselves the plastics in landfills can be blown into our oceans. Not to mention floods washing them into waterways. Animals carrying them off. We are also capable of going straw free most of the time but the switch to paper is a tiny step up.
Sure humans are the problem and we will always produce waste but God willing we aren’t going extinct any time soon. Until then waste reduction and sustainable solutions are the way forward. Paper straws coated in a thin plastic protector while drinking from a plastic cup or inserted in a plastic lid isn’t the final answer. It’s a step forward.

Marine plastic has shown to have negative effects on sea turtles, from straight up killing them to adversely effecting the male to female ratios of hatchlings during incubation. These microplastics, the researchers say, tend to retain large amounts of heat when exposed to moderate increases in temperature, and if there is enough of this plastic pollution in the sandy environment, that area will experience an increase in measurable temperature. This temperature increase could affect the sex of the turtles.

Zatanna, meanwhile is on the mend and will hopefully be released soon.