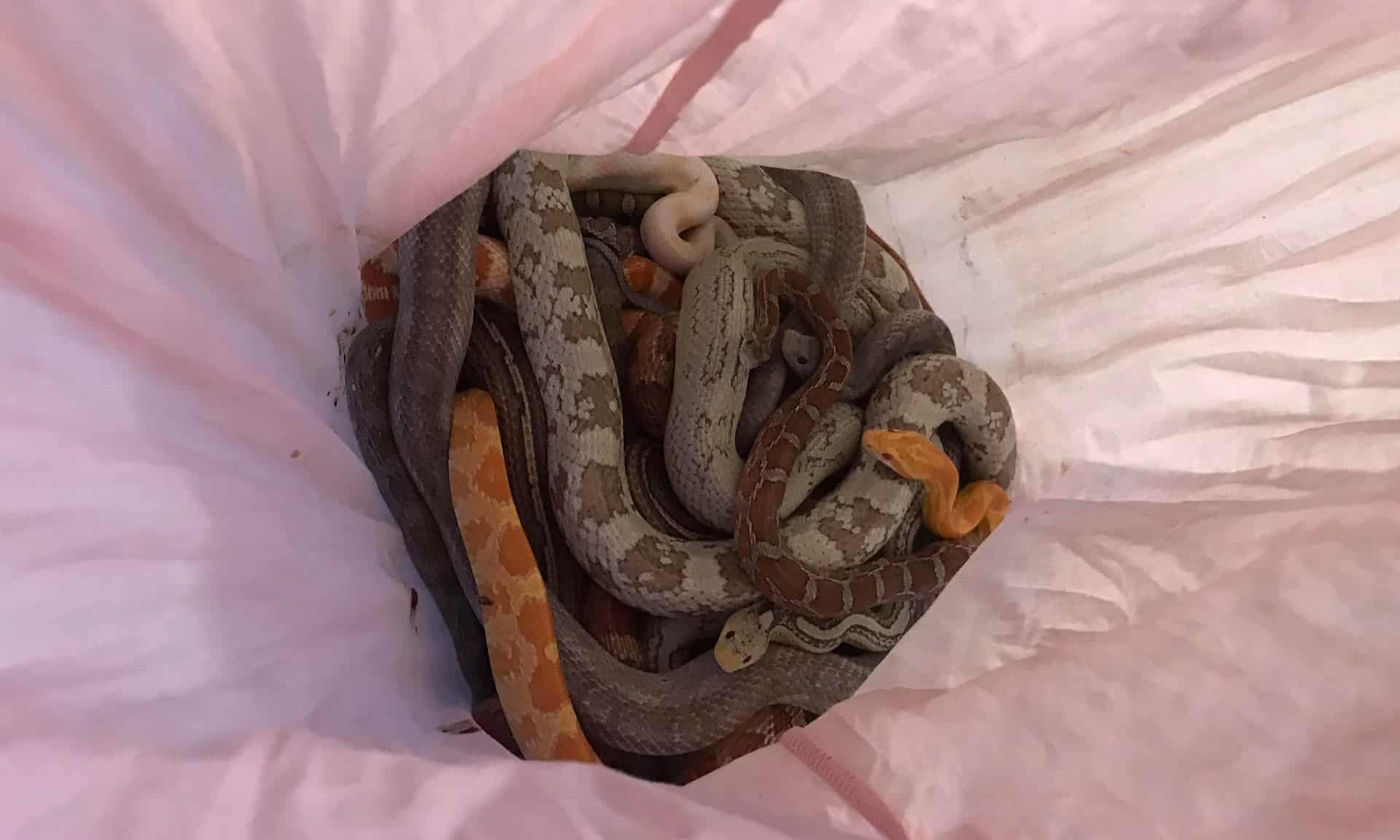 Another 16 Snakes Found Abandoned Behind Fire Station in Sunderland, England

The corn snake morphs are beautiful and can be adopted, not abandoned.

As if the 13 ball pythons wasn't shock enough, an additional 16 snakes, this time a collection of corn snake morphs (Pantherophis guttatus) and a single carpet python (Morelia spilotes) were abandoned behind the Farringdon Fire Station in England. 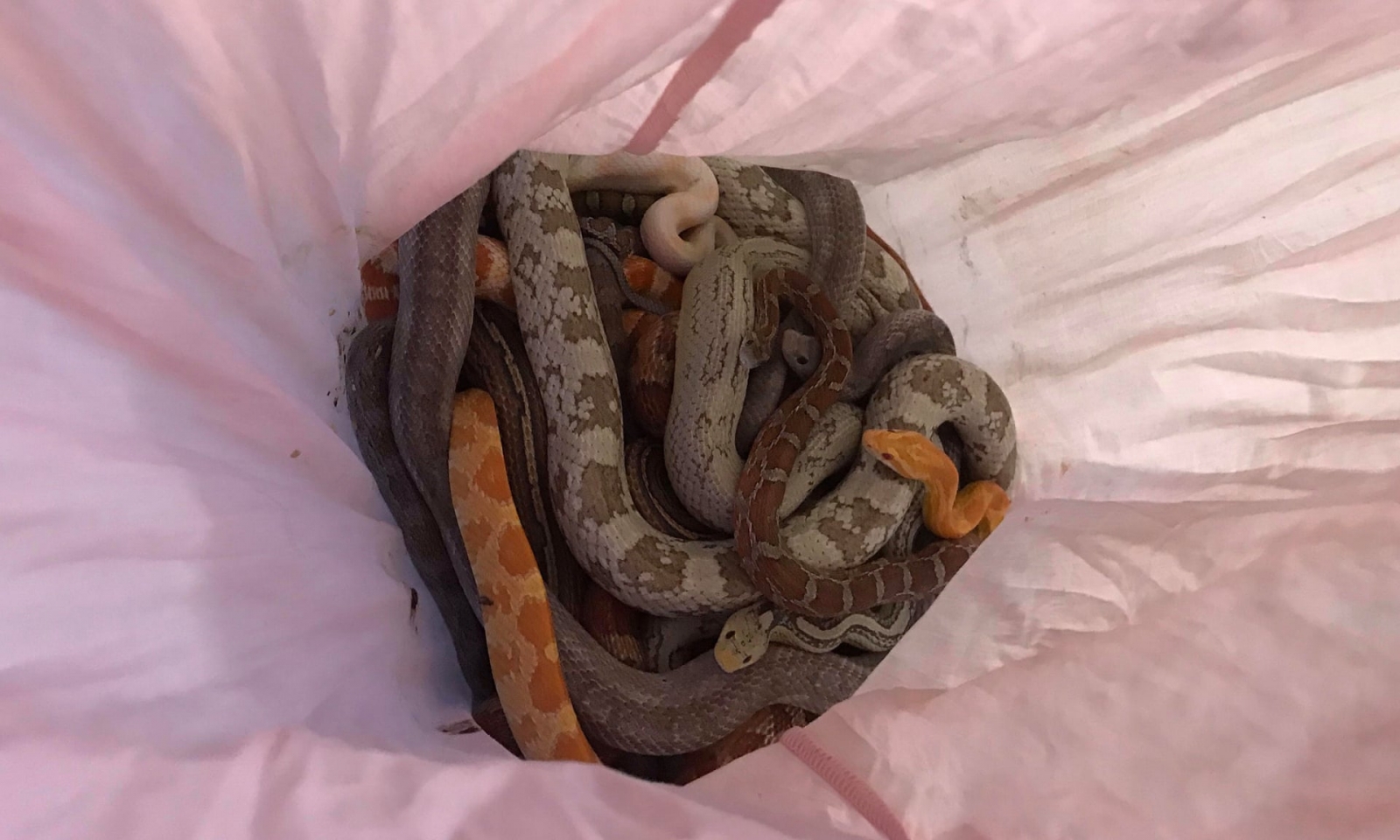 These corn snake morphs were abandoned behind the same fire station as the ball pythons were last week.

"I couldn’t believe it when the call came through to say there had been even more snakes found in the exact same spot," RSPCA inspector Heidi Cleaver told the Guardian. "These snakes had been left inside the bin so they were incredibly lucky they didn’t end up in the landfill,” she said.

“It is really concerning to think that someone has had around 30 snakes or more which they have decided to abandon in this cruel and callous way. We were in the midst of Storm Dennis at the weekend when these snakes, who need heat and light in order to survive, were left outside in the cold with just a pillowcase to contain them. It would have been very stressful for the snakes to be in such close proximity to each other as well.”

If you have any information regarding how these snakes ended up behind the fire station, the RSPCA would like to know. Contact them at 0300-123-8018.