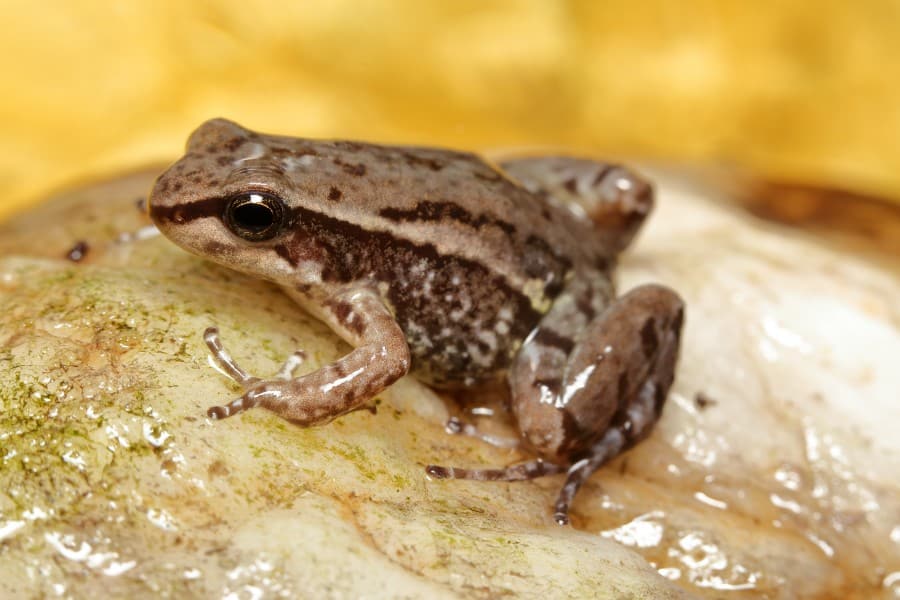 Scientists Race to Save Quito Rocket Frog From Volcano

The Quito rocket frog is found in just one location in Ecuador.

The Quito rocket frog (Hyloxalus jacobuspetersi), a species native to Ecuador that is at a high risk for extinction is staring down the cinder cone of a volcano that may erupt at any time, and scientists in Ecuador are doing everything that they can to relocate the species before an eruption occurs. The small frog was once found throughout the central and northern Andes mountains in Ecuador, but is only known to survive on the banks of the Pita River, which sits in the path of potential pyroclastic flows should the Cotopaxi volcano erupt. The volcano began erupting in 2015 after a 73 year slumber. 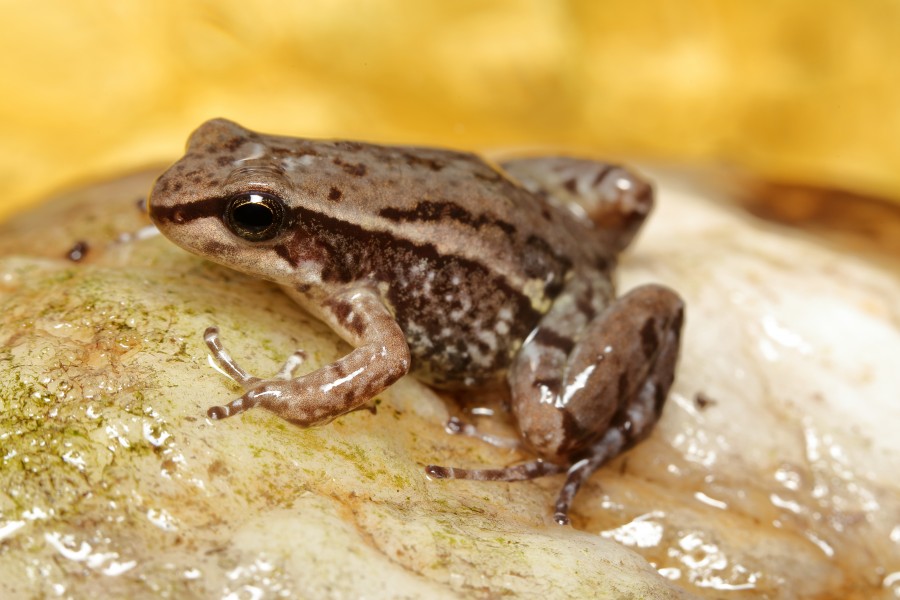 The Quito rocket frog is a small frog that is currently known to exist in a single location in Ecuador.

“We are under yellow alert but right now the superficial activity is low,” Dr. Santiago Ron, curator of amphibians at Ecuador’s Museum of Zoology and a herpetologist at Pontificia Universidad Católica del Ecuador in Quito, told Mongabay. “This will allow us to continue field searches next week.

The Quito rocket frog is a small frog that is currently known to exist in a single location in Ecuador. It is less than an inch in length and its populations have declined rapidly in the 1980s and 1990s. The frog hadn’t previously been seen since 1989 until 2008, when the Pita River population was discovered.