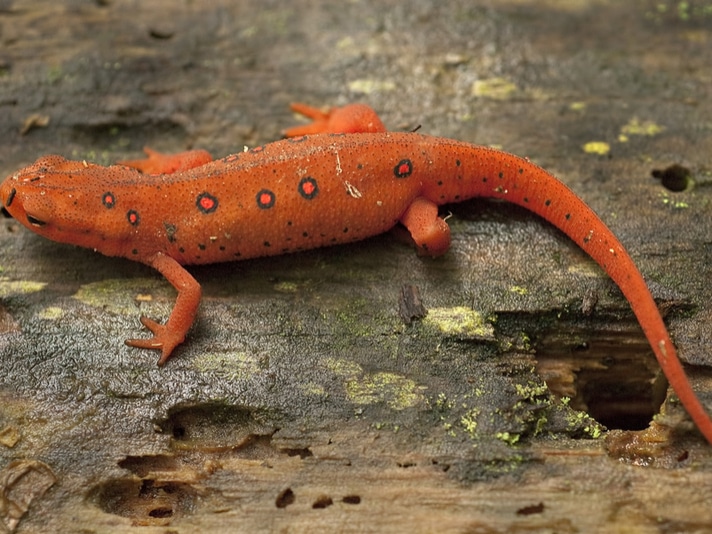 Salamanders from the southern Appalachian Mountains are adapting to climate change.

Salamanders, and especially those species living in the southern Appalachian Mountains, may resist global warming better than those species who do not live near the area. The researchers speculate that the amphibians’ capability to change their behavior and physiology is what enables them to resist warming temperatures.

“When scientists make predictions about extinction, we often have to work with what we have,” Clemson University scientist Eric Riddell,  told Science Daily. “This means that we use Big Data and advanced statistical software to understand what might happen in the future. But our research has shown that salamanders have some tricks up their sleeves that are only apparent upon making direct observations in nature and in the laboratory."

Riddell, just earned a Ph.D. in biological sciences at Clemson and is now a postdoctoral researcher at the Museum of Vertebrate Zoology at the University of California, Berkeley. He co-authored the paper “Plasticity reveals hidden resistance to extinction under climate change in the global hotspot of salamander diversity," with Michael Sears, an associate professor at Clemson University’s department of biological sciences.

The researchers noted that 70 to 80 percent of the southern Appalachian Mountains, where 10 percent of the world’s salamander diversity can be found in the moist and humid habitat, will become unsustainable for the amphibians by 2080 because of rising temperatures caused by climate change. However, those salamanders in the region have the capability to alter their behavior and physiology, so previous studies on the amphibians may overestimate the extinction risk by not taking into account the amphibians’ plasticity, or the capacity for a species to change how it responds to the change in environment.

"This is one of the first papers that has exclusively looked at plasticity in this sense. We're telling you that our new predictions are nowhere near as dire as earlier predictions. In this part of the world, this is a particularly big deal," Sears said.

The team looked at  lungless salamanders such as Plethodon jordani and found that these amphibians have very powerful capabilities to adjust to changes in climate.

"Salamanders have been in the region for millions of years, evens tens of millions. Yet, detailed genetic studies of geographic variation suggest that they have not moved around very much," David Wake, curator of the Museum of Vertebrate Zoology at the University of California, Berkeley and one of the foremost experts on salamander diversity, said in a press release put out by Clemson University. "During the past 2 million years, the southern Appalachians have experienced some dramatic incidents of climate change. So, how did the salamanders handle it? And how will they handle the accelerated climate change that most scientists accept as a near certainty?"

"This suggests to me that these organisms hunker down and essentially shelter in place in the face of changing climates," Wake said.  "In short, they are able to adjust their physiology much more than we previously thought, and this perhaps accounts for much of their ability to deal with climate change—not by running away, but by using their abilities to adjust through time."

The complete paper can be read on the Science Advances website.