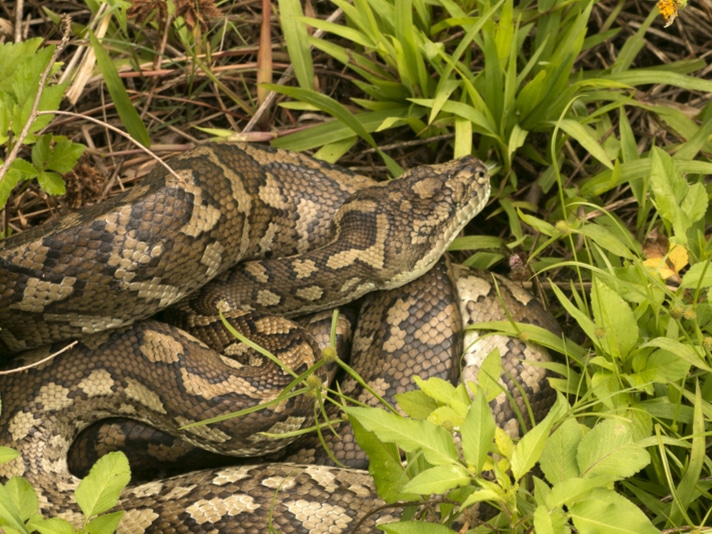 It turns out the woman has years of experience handling snakes.

A video of an 81-year-old grandma in Brisbane, Australia, capturing two carpet pythons (Morelia spilota) like a professional has gone viral on social and mainstream media. The clip shows Faye Morgan lifting the lid of a barbecue grille as a man stands a safe distance away, holding onto the lid of a plastic container.

Morgan then seeks a bit of help lifting the lid of the barbecue grille. With the lid raised, two snakes are revealed in the grille. The woman then grabs the tail of one of the pythons and then angles her hand toward the head of the reptile, all the while as the man stands at the ready to close the lid of the container. The woman successfully grabs the head of the snake and then she lifts the snake up and out of the grille as the man closes the lid as she places the snake in the container. Morgan then makes short work of the second snake and safely gets it into the container as well, with no harm either to herself or the reptiles. The third man, Jackson Wright captured the action on video. 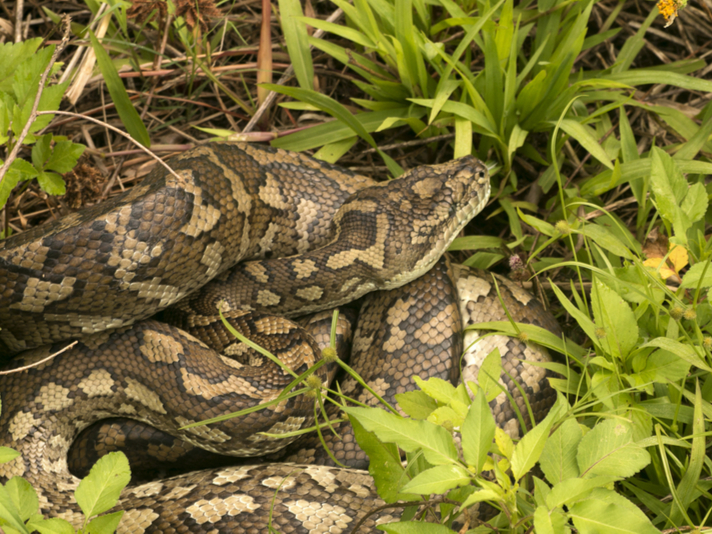 Carpet pythons are native to Australia and New Guinea and can grow to around nine feet in length.

It turns out that Morgan has experience with reptiles, as she spent her entire life on a farm relocating reptiles, among other things.

The reptiles were safely relocated, away from the house. “I say goodbye to them, and say ‘hope you have a lovely life’ when I relocate them,” Morgan said. But she has advice for those who encounter a snake. “I don’t recommend that anyone should do what I do,” she said.

Carpet pythons are native to Australia and New Guinea and are widely bred in captivity in the United States. You can find them for sale at most reptile shows for around $200 or so, depending on the morph.

They range from 5 to 9 feet in length and are semi-arboreal, so if you decide a carpet python is right for you, keep that in mind as you build out a nice, vertically-oriented enclosure.