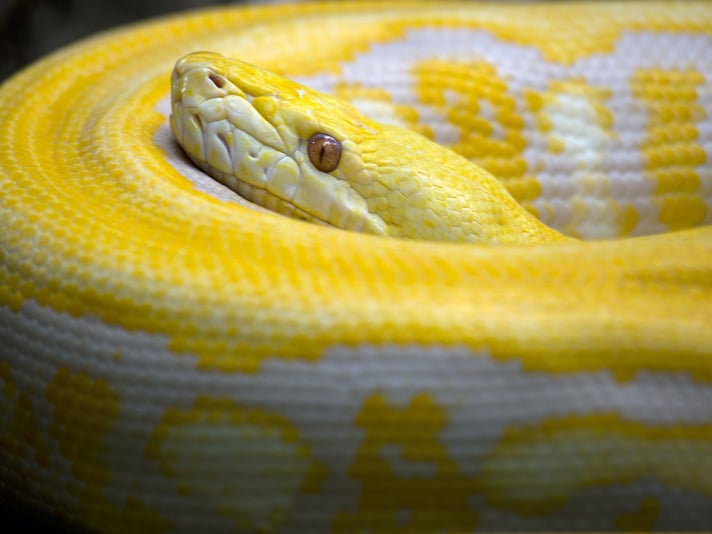 It is hoped that each country that exports python skins to high end fashion houses implement these tools to ensure sustainability of the species.

Amazon River Turtles In Danger
The Vet Report: At The First Sign of Illness, Take Your Reptile to a Vet
Rough Green Snake Care Sheet

The reticulated python (Python reticulatus), one of the most popular and widely captive-bred large constricting snakes in the reptile hobby, is facing challenges in the wild due in large part to the trade of their skins for the luxury leather goods industry. 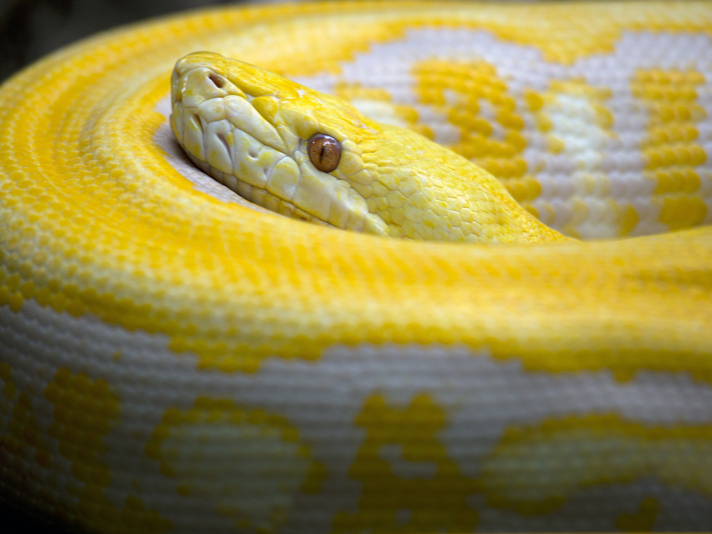 The skin of the reticulated python is striking.

According to a report in the PLOS One journal, the trade in python skins started between 1910 and the 1920s, and today, around 350,000 python skins are legally exported for use in the creation of luxury goods, mostly from high-end fashion houses such as Gucci.

The trade of reticulated pythons for the luxury leather goods industry is so lucrative that illegal exports of the skins is rising and endangering the stability of the wild populations of the reptiles, the report said.

Although almost all pythons (The Indian python, Python molurus is listed on CITES Appendix I) are listed on Appendix II of the Convention on International Trade of Endangered Species of Fauna and Flora (CITES), which allows for permitted commercial trade, researchers are concerned that some skins are entering the market that have may have been attained through illegal means. So in an effort to better control the trade of reticulated python skins, researchers created DNA-based traceability tools that can determine, say, if a python skin came from a python breeding farm in Vietnam or was a wild-caught specimen from Indonesia.

The scientists are using mitochondrial sequence data attained from “historical and contemporary” samples of Malayopython reticulatus. These pythons hail from Malaysia and Indonesia. The scientists will then investigate the “broad-scale geographic structure of genetic diversity across a significant portion of the species native range.” In other words they be able to assess from where a skin came from.

The scientists are hoping that their data will help to better manage the populations of the pythons and their genetic diversity, by employing what they call an adaptive management scheme that will ensure sustainability of the species rather than a reliance on management that maximizes economic yield.

The idea of tracking where a python skin comes from is not new. Italian fashion house Gucci in 2013 attended the 16th meeting of the CITES Conference of the Parties in Thailand in an effort to drum up support for a python skin tracking  system.

The complete results of the DNA-based traceability testing can be read on the PLOS One Journal.