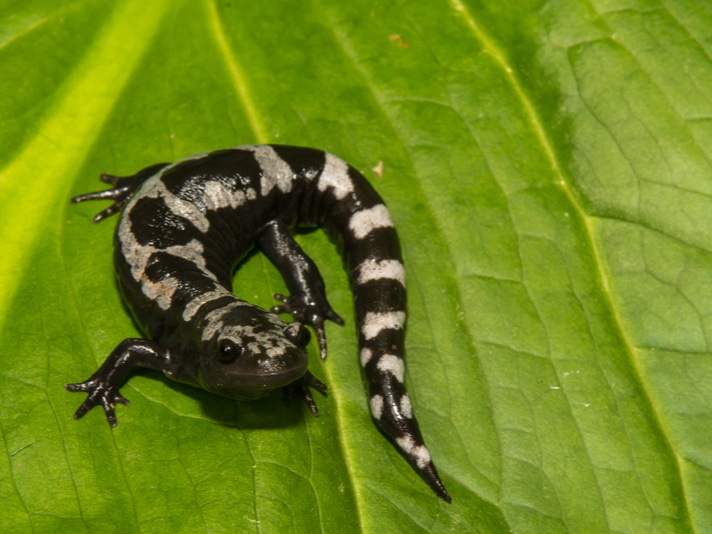 Salamander Diversity Of The United States

The United States has the highest salamander diversity in the world

Salamanders are unique amphibians that live both aquatic and terrestrial lifestyles, preferring a moist habitat near or in bodies of water. All amphibians require water to lay their eggs. The United States has the highest salamander diversity in the world, with seven out of the eight families being found abundantly here. The distinguishing characteristic for salamanders versus frogs is the presence of a tail during all stages of salamander life. In frogs, this becomes reduced in adults. Because amphibians rely on metamorphosis for development, many salamanders go through drastic changes to reach adulthood. 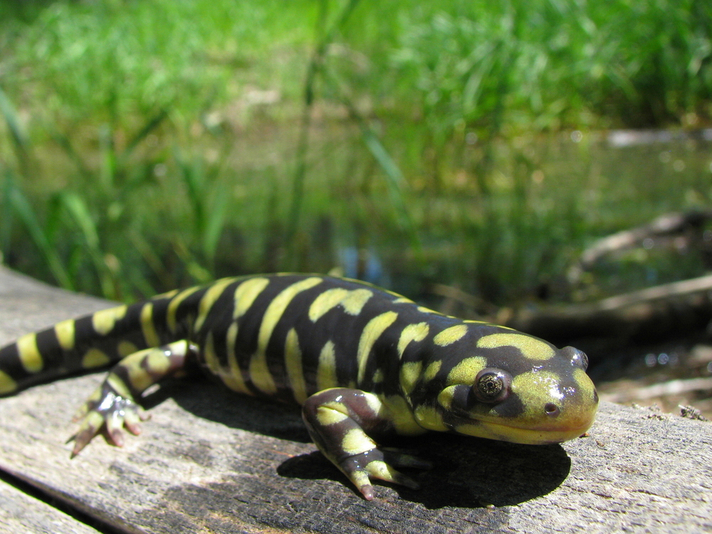 During each of their life stages, salamanders are carnivorous, feeding mostly on small invertebrates. They reproduce externally and internally, like other amphibians, and all must return to the water to lay their eggs. Amphibians serve an important role in ecological communities specifically because of this transitional lifestyle. They are indicator species that help detect pollution, while also serving as a stable level in the food chain of many natural habitats and systems both aquatic and terrestrial.

There are currently more than 500 species recognized as salamanders, 30 percent of which are species native to the U.S. The mole, Amphiuma, and siren salamanders are found no where else in the world, making them endemic to this region. The eastern U.S. specifically has the most salamander diversity in the world, where they live as some of the most biodiverse creatures on the planet. They are found in many habitats, including forests, streams, marshes, caves, and more. Within these habitats, salamanders play a stabilizing role for many other life levels. If they disappeared, so would many other animal and plant species.

Because these transitional creatures have sensitive porous skin, they are one of the most at risk vertebrates for extinction, according to some biologists. Amphibians around the world, including salamanders, are facing rapid declines due to unnatural events like invasive disease, habitat loss, and pollution. The U.S. is a marker for amphibian diversity and there is an imperative need for amphibian preservation.

This article represents the seven out of eight salamander families found in the U.S., including the Cryptobranchidae, Plethodontidae, Ambystomidae, Amphimua, Sirenidae, Salamandridae, and Proteidae species. These herps come in a variety of colors, sizes, and special characteristics that make them some of the most remarkable, at-risk creatures for preservation. 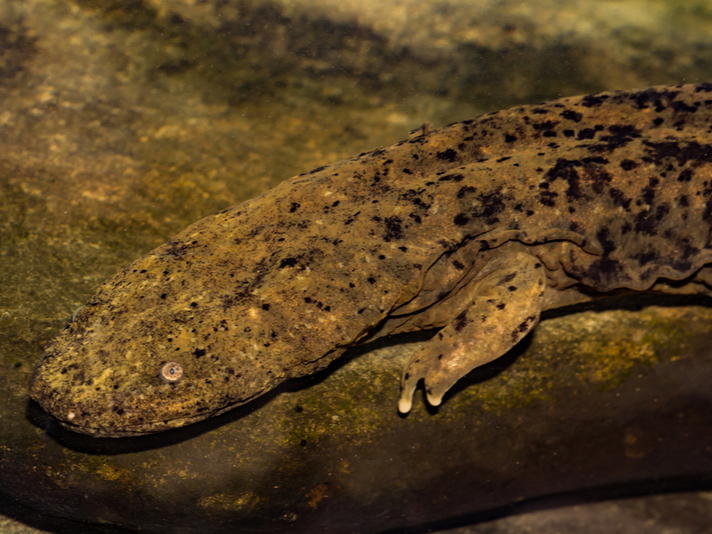 There is only one Cryptobranchidae species in the U.S., the hellbender salamander. It is the largest amphibian species in the U.S., growing to be over a foot long as an adult. Like all giant salamanders, they live a fully aquatic lifestyle and the Hellbender resides in mountainous streams in the eastern U.S. within the Great Smoky Mountains. This area is nicknamed the “salamander capital of the world” because of the high salamander diversity here. The hellbender salamander blends in perfectly with the rocky habitat, ranging in brown to greyish colorations to look like a rock. There are only two species of hellbender salamander, both of which rely on water quality to survive. Unlike some other salamanders, they breathe completely through their skin in the water. This means water quality is very important to their lives. Sadly, these amphibians are declining in the wild and their total numbers are unknown. They are currently listed as “near threatened” by the U.S. government, which grants them some protection in their natural ranges. Captive breeding conservation programs seem to be the greatest contribution to saving this species.
(https://www.nps.gov/grsm/learn/nature/amphibians.htm)

Five out of six Proteidae species are found in the U.S. They are also known as “mudpuppies” and “waterdogs,” and all species have bushy-like gills that they retain as adults. They are basically fully grown larva. This species specifically is “only found in the Black Warrior River drainage system in Alabama.” They are listed as endangered and also as an “edge” species, which stands for “Evolutionarily Distinct and Globally Endangered.” They are unique and rare within their natural ranges and limited data and research is available.
(https://nhpbs.org/wild/proteidae.asp)
(https://amphibiaweb.org/cgi/amphib_query?where-genus=Necturus&where-species=alabamensis&account=amphibiaweb) 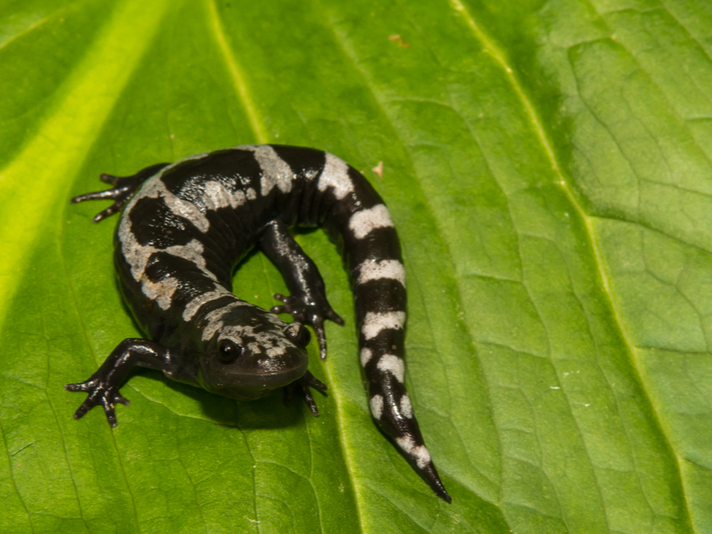 The marbled salamander has striking black and white coloration with poison glands in their tails to ward off predators.

This medium sized, chubby-bodied salamander is native to the southeast United States and lives a fossorial lifestyle. This group is referred to as the “mole salamanders” which means they spend the majority of their lives underground in the soil. This includes marshes, swamps, and wetlands. They rely on ephemeral, or fishless ponds to reproduce and lay their eggs. The marbled salamander has striking black and white coloration with poison glands in their tails to ward off predators. The mother salamanders stay with their eggs in the ground until rain fills up and fertilizes them. The species is considered common, but their reliance on temporary fishless ponds make them at high risk for climate change and habitat loss. Mole Salamanders are found nowhere else in the world but the U.S.
(https://srelherp.uga.edu/salamanders/ambopa.htm)

This species is found only in the Jemez Mountains of New Mexico and it lives a completely terrestrial life. This group is referred to as the “lungless salamanders,” where they breathe through their thin skin only. It never relies on standing water for any of its developmental life stages, but like all Salamandridae species, it relies on a moist environment for oxygen exchange through its skin. It has an elongated, thin body with foot webbing to help it move around. The species is rare and endangered, listed under the Endangered Species Act which grants it protection on a federal level. Conservation projects are working to save the species with captive breeding.
(https://wildearthguardians.org/wildlife-conservation/endangered-species-list/amphibians/jemez-mountains-salamander/) 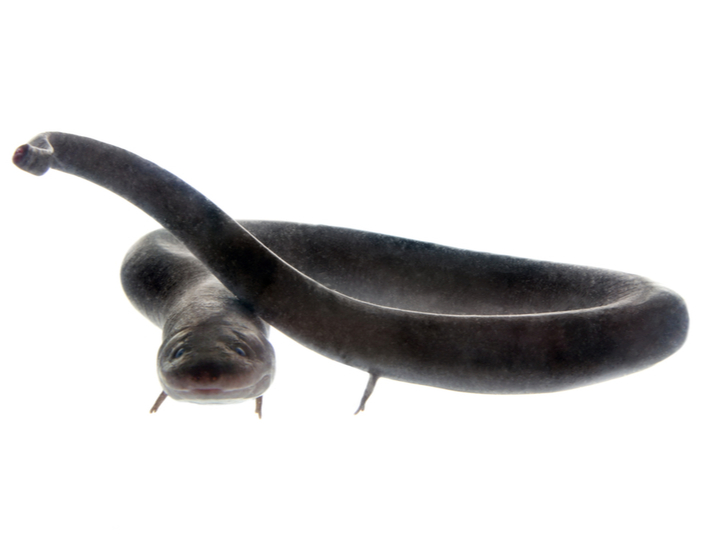 There are currently three recognized subspecies of Amphiuma salamander.

These species are frequently found after heavy downpours and even hurricanes throughout the southern U.S., including Mississippi, to Florida and up to Virginia. There are currently three recognized subspecies.These large and unique eel-like amphibians live a completely aquatic lifestyle dependent on water quality and preservation. On rainy nights, they can sometimes be found on land outside of their typical fully aquatic, ditch, swamp, and marsh homes. They have also been documented in deeper waters like streams and rivers. They are currently listed as least concern although their population trends are currently not well understood. They are found nowhere else in the world but the United States. 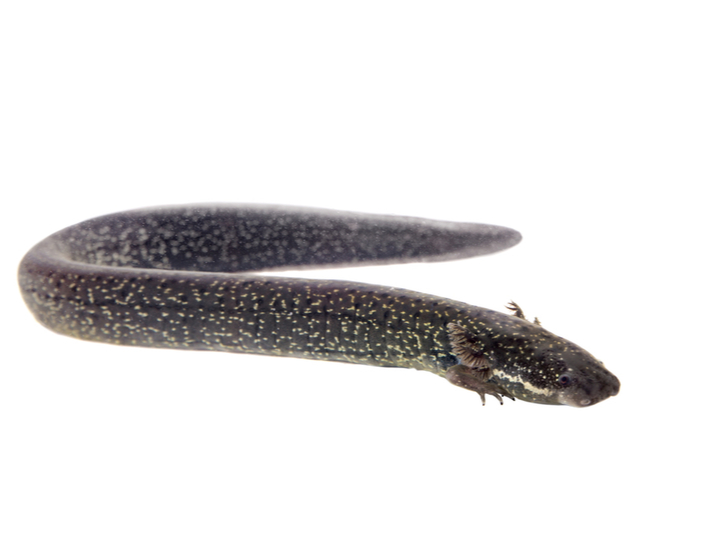 Siren salamanders are difficult to study because of their elusive lifestyles.

A species of the Florida Everglades, the siren salamander shares a close range with the previously mentioned Amphiuma species, although they are not closely related. Since they share the same habitat along the southeast U.S. with Amphiuma species, they also rely on a fully aquatic lifestyle within marshes, streams, creeks, ditches, rivers, lakes, and swamps. When the water dries out, they burrow in the mud to avoid desiccation with a special mucus-y cocoon they create to protect their skin. Siren salamanders are difficult to study because of their elusive lifestyles, but development, pollution, disease, and habitat loss are some of the main threats the species is facing. They are endemic to the U.S.
(https://animaldiversity.org/accounts/Siren_lacertina/) 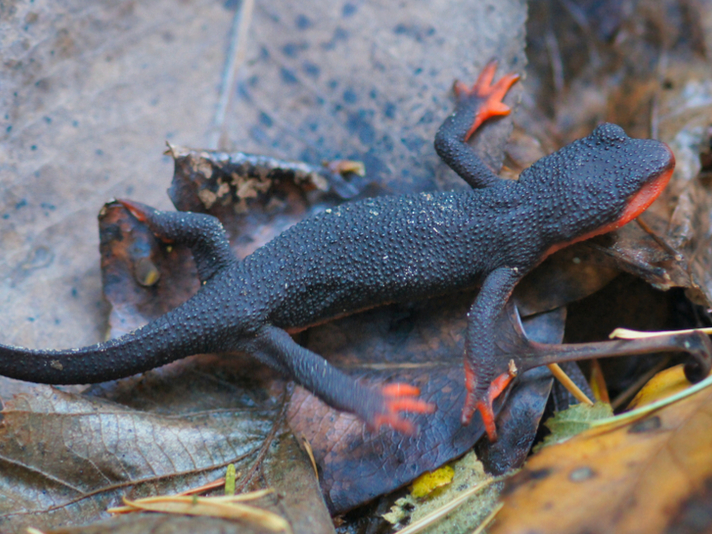 The red bellied newt is born in the water, and develops to live a fully terrestrial lifestyle.

Also known as newts, this vibrant Salamandridae species is found in a limited range within “…coastal woodlands and redwood forest along the coast of northern California.” The species is relatively small and has a potent poisonous defense secretion in their skin. The garter snake is documented having a high resistance to this poison, since they frequently prey on this amphibian species. Members of this family have rough skin opposed to slimy and smooth. The red bellied newt is born in the water, and develops to live a fully terrestrial lifestyle. They then migrate back to the water to reproduce like all amphibians. They are listed as least concern by the IUCN but limited data is known about their population trends. They are protected in California.
(http://www.californiaherps.com/salamanders/pages/t.rivularis.html#status)