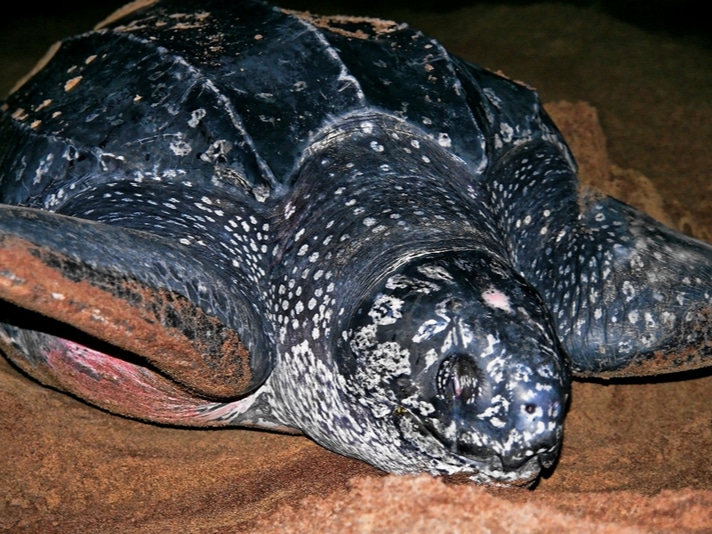 The leatherback turtle is the largest of all turtles in the sea or on land.

The New England Aquarium says that sea turtle deaths off the coast should be considered as the federal government determines if the east coast population of leatherback sea turtle’s (Dermochelys coriacea) “endangered” status should be lowered to “threatened.” 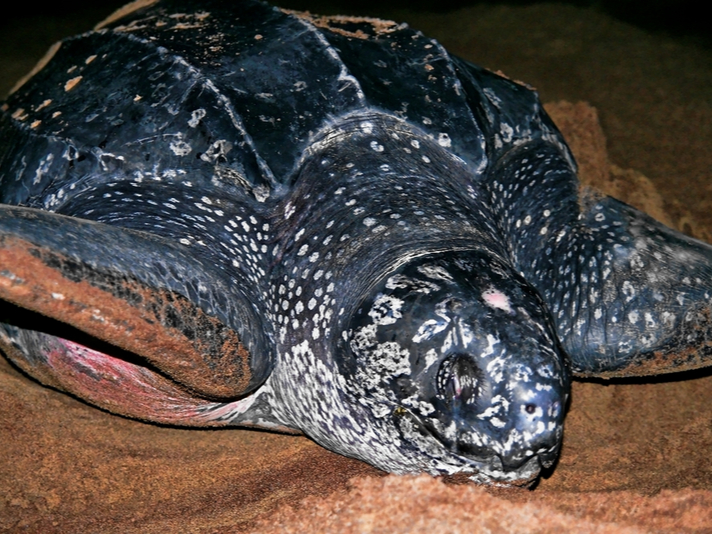 The leatherback turtle is the largest of all turtles in the sea or on land.

The National Ocean and Atmospheric Administration is looking at whether the status of the largest living turtle species, listed as endangered in 1970, should be downgraded. The aquarium noted that since 2005, more than 200 leatherback sea turtles have become entangled in marine ropes off the New England coast, and a 420 pound female that was rescued from an entanglement on October 31, died as a result of the entanglement as well as from an 11-inch by 5-inch piece of plastic that she had mistakenly consumed.

"The death of this leatherback is a good example of how sea turtles may survive entanglements but become so compromised that they later succumb. We cannot assume that all sea turtles released from entanglements will survive," Dr. Charlies Innis, the aquarium's chief veterinarian and expert in sea turtle medicine, told NBC 10 Boston.

The entanglement injury was apparent from the outset of the rescue effort. A massive wound from where the turtle’s flipper attaches to the shell, and tissue in the area was clearly infected. The ingested plastic was discovered during the necropsy of the reptile.

The leatherback sea turtle is the largest turtle in the world and can grow to 1,400 pounds, though 800-1,000 pounds is more common. It is known for its leathery skin rather than a hard carapace like other turtles. They have been recorded diving more than 3,900 feet and feed primarily on jellyfish.