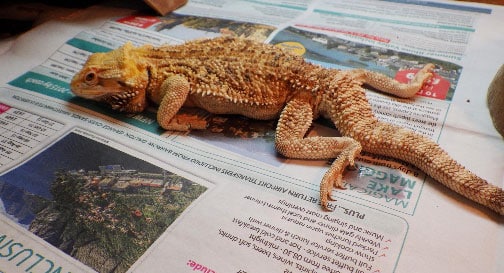 Some people. Jeez. Here is a sad story from across the pond. A driver alerted the UK’s Royal Society for the Prevention of Cruelty to Animals ab

Some people. Jeez. Here is a sad story from across the pond. A driver alerted the UK’s Royal Society for the Prevention of Cruelty to Animals about an abandoned vivarium on the side of the road near the Yorkshire town of North Craven. Upon inspection of the enclosure, the inspector found a dead savannah monitor (Varanus exanthematicus) known as a Bosc monitor in the UK. 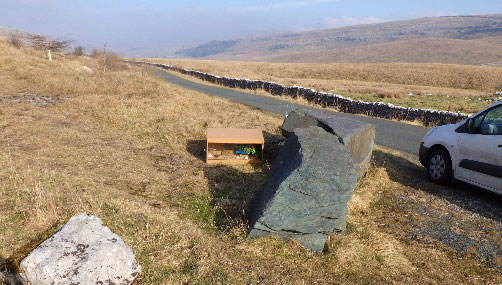 The bearded dragon enclosure was found behind two rocks.

According to the Craven Herald, RSPCA Inspector Chris Tower found the monitor, about 2.5 feet in length, underneath the broken glass of the vivarium. 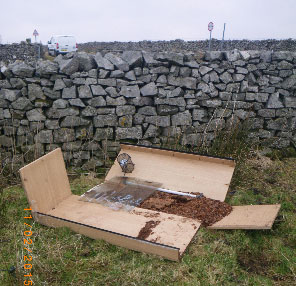 A dead savannah monitor was found underneath this destroyed enclosure.

But the story doesn’t get better. Four days later, Tower happened upon a second dumped enclosure (complete with heat lamps, food bowls, and substrate) a few hundred yards away from the first one and it contained two bearded dragons, one of which was dead and the other that was clinging to life. Initially Tower thought that it was dead but when he placed it on the dash of his car in the sun, it opened its eyes. The lizards were inspected by a veterinarian, which found that the dead beardie was in otherwise good health and surmised that it died due to the cold weather. 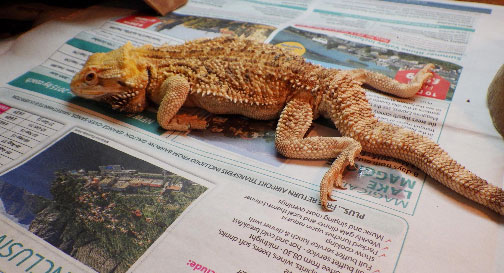 The smaller of the two bearded dragons. It was barely alive when it was found.

If you live in North Craven and you have any information regarding these reptiles, you can contact the RSPCA at 03001234999.