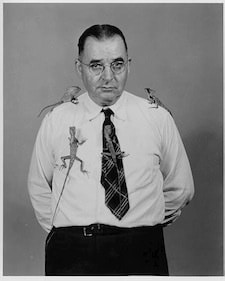 Schmidt was killed by a boomslang snake bite in 1957

Can A Retic With Inclusion Body Disease Still Strike?
5 Popular Ways To Find Reptiles And Amphibians In The Wild
Winners of The Ultimate Ball Python: Morph Makers Guide!

The boomslang snake (Dispholidus typus) has been legend ever since renowned herpetologist with The Field Museum of Natural History in Chicago, Dr. Karl P. Schmidt, died from a bite from this rear-fanged species on September 27, 1957. At the time, rear-fanged snakes were not considered to be dangerous and it was during the course of Schmidt’s inspection of the reptile that he was bit on his thumb. Rather than seek treatment, and probably acting on the notion that rear-fanged snakes were not dangerous, he continued working that day, making notes about the effects that the venom was having on him as he worked. 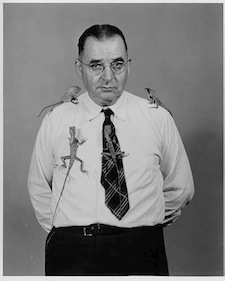 The Field Museum of Natural History

The next day he was dead.

Science Friday has released a video detailing the last hours of Schmidt’s death in his own words, using his own notes. Schmidt died within 24 hours after he was bit and experienced massive bleeding from his eyes, kidneys, lungs, and his brain.

Known as K.P., Schmidt wrote nearly 150 papers and books on herpetology during his time at the museum and his papers are still important today. He was also known to use a No. 2 pencil to write the scientific names on papers adhered to specimen jars, which still can be seen at the museum. The Karl P. Schmidt Memorial Herpetological Library is a popular destination for those wishing to learn more about the animals that fascinated Schmidt.

The boomslang snake today is considered one of the most deadly snakes in Africa.

Check the video and let us know what you think.