The species, Dearc sgianthanach, means "winged reptile" or reptile from the isle of Skye.

The bones the researchers found are preserved in three dimensions and the reptile is about 170 million years old.

Researchers from the University of Edinburgh have discovered a new Jurassic era pterosaur that they believe is the largest of its kind, on the island of Skye in Scotland. The species, Dearc sgianthanach, means “winged reptile” or reptile from the isle of Skye.

Did Margarita Man Steal A Scene In Jurassic World?

The bones the researchers found are preserved in three dimensions and the reptile is about 170 million years old. It had a wingspan of about 2.5 meters and was found on the coast at low tide by researcher Amelia Penny, a Ph.D student at the University of Edinburgh. She spotted the the jaw bones of the fossil sticking out of the rock. The researchers then started cutting the jawbone out of the rock and discovered the head led to a skeleton. They then worked to cut it out but the tides came in and they had to retrieve it later in the evening when the tide went out, according to Prof. Steve Brusatte of the University of Edinburgh. 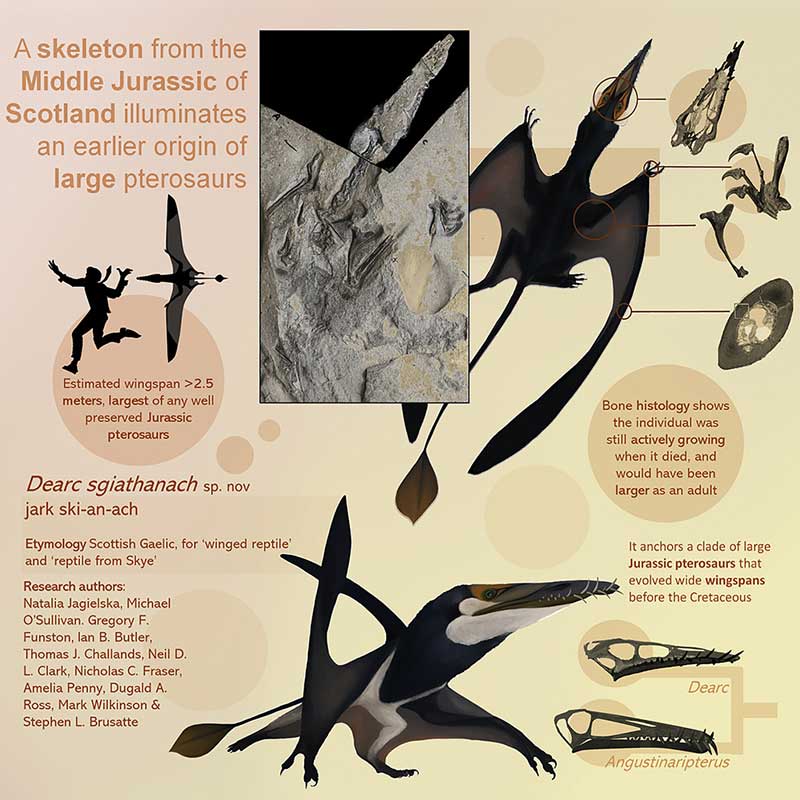 “Dearc is a fantastic example of why palaeontology will never cease to be astounding. Pterosaurs preserved in such quality are exceedingly rare and are usually reserved to select rock formations in Brazil and China,” Natalia Jagielska of the University of Edinburgh School of GeoSciences said in a statement on the school’s website. 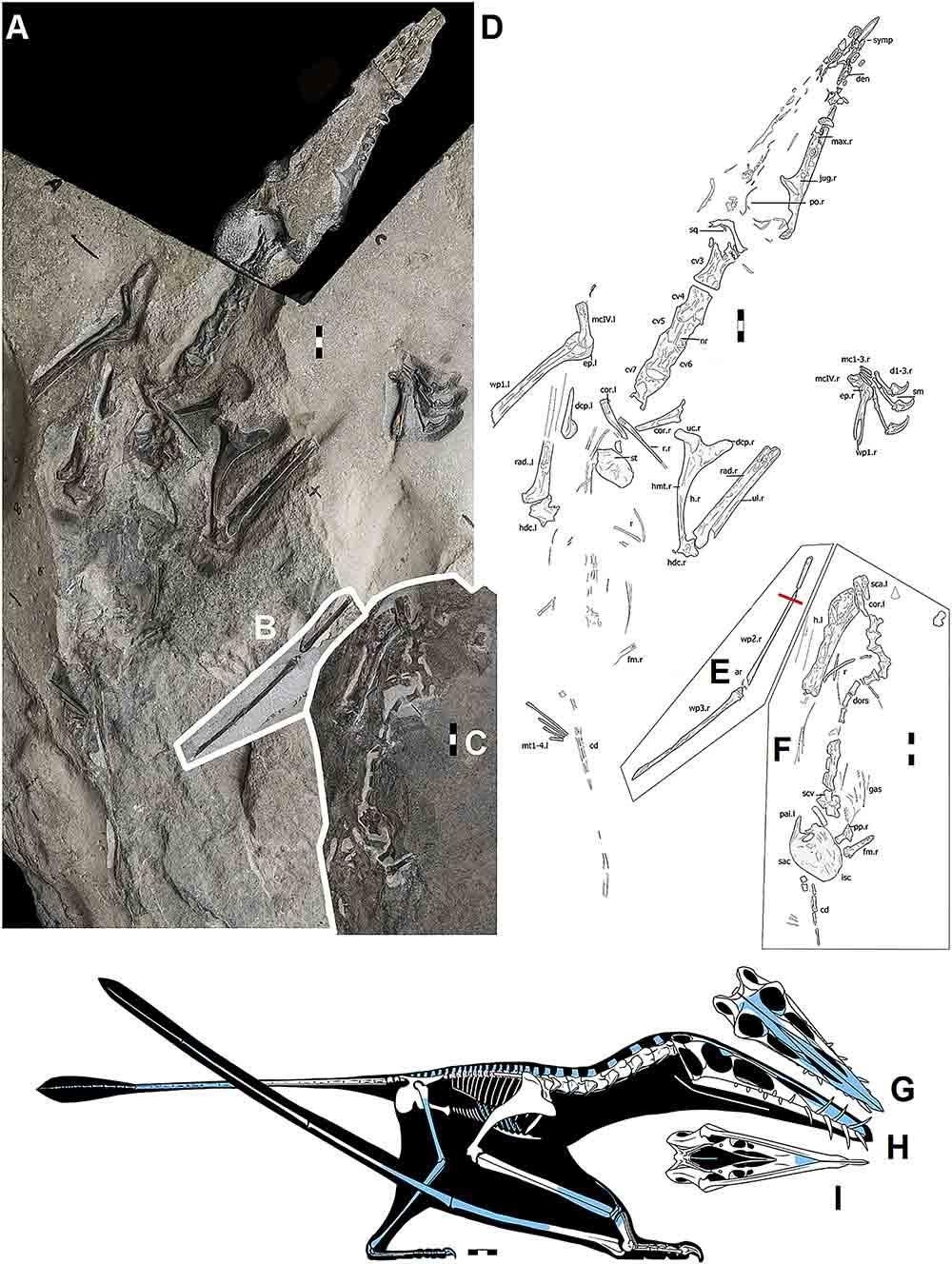 “And yet, an enormous superbly preserved pterosaur emerged from a tidal platform in Scotland. To achieve flight, pterosaurs had hollow bones with thin bone walls, making their remains incredibly fragile and unfit to preserving for millions of years. And yet our skeleton, ~160 million years on since its death, remains in almost pristine condition, articulated and almost complete. Its sharp fish-snatching teeth still retaining a shiny enamel cover as if he were alive mere weeks ago.”

The animal was actually a subadult, according to the researchers who were able to examine the growth marks. It will be further studied by Jagielska, who is a Ph.D student at the university, to determine how the animal lived and flew.

A paper describing the reptile “A skeleton from the Middle Jurassic of Scotland illuminates an earlier origin of large pterosaurs” can be read on the Current Biology website.